Hypothesis of requalification of a marble quarry, Serle, Brescia, Italy, 2017 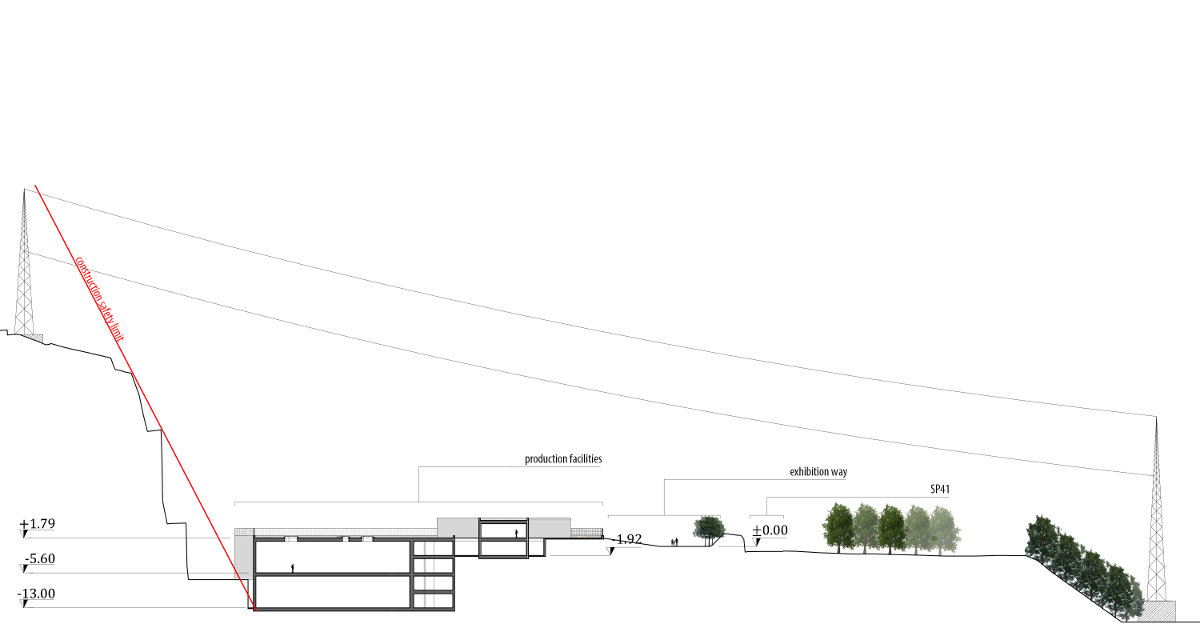 The wide area available has allowed design approaches on different scales. In fact the project includes both new buildings hosting the productive activity, the training school and some temporary exhibitions and some elements that characterize the pedestrian pathway within the park. The idea of the production sector should not be seen as a negative aspect, but as a value, a way to give importance to the area, thanks to small things. In fact, the link between the private and the public thus emerges: the establishment is characterized by a fence but the activities within the productive area can also be seen by a passer. The idea of introducing walking paths surrounded by green areas has been developed adapting the existing spontaneous vegetation, in order to achieve a network easily accessible to any kind of pedestrian. In particular, the south-facing public park consists of pedestrian passages following the traces inherited from the time when the area was exploited as a quarry. These existing tracts reorganized to allow everyone to enjoy it. In addition, the pedestrian pathway wants to be a line, or rather a surface, a clear symbol along the space, in some parts more evident than in others; it is an excavation, a cut within the ground. Finally, the project described, born from the idea of providing a requalification of the area, not only introduces a production plant in harmony with the surroundings but also guarantees the realization of a public park. 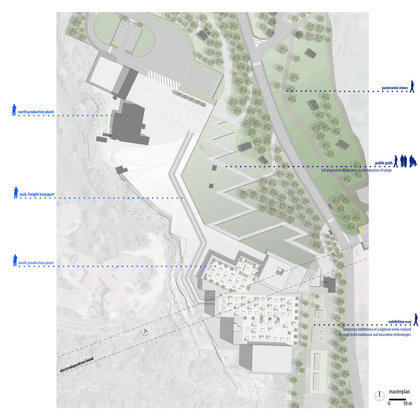 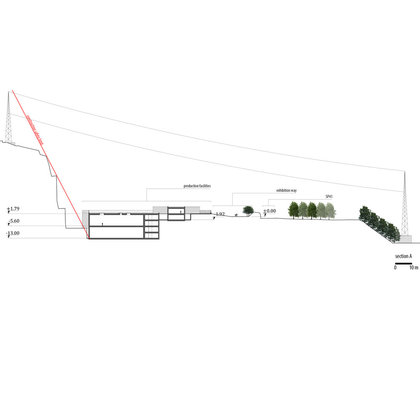 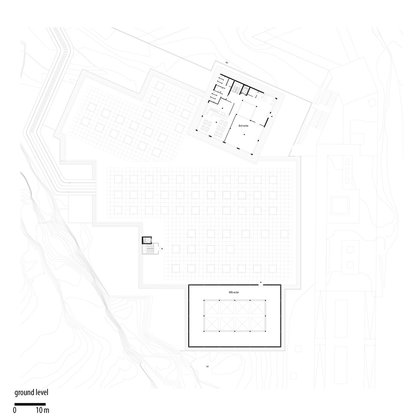 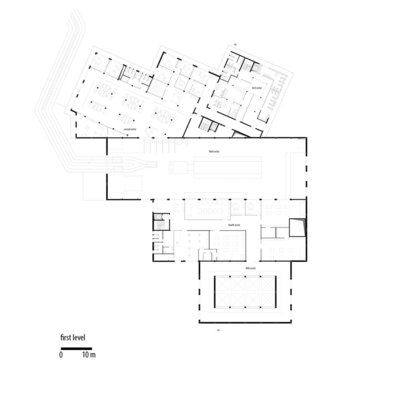 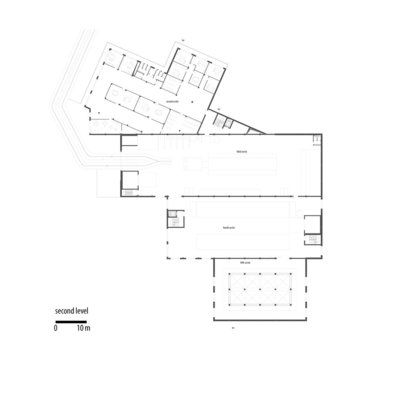 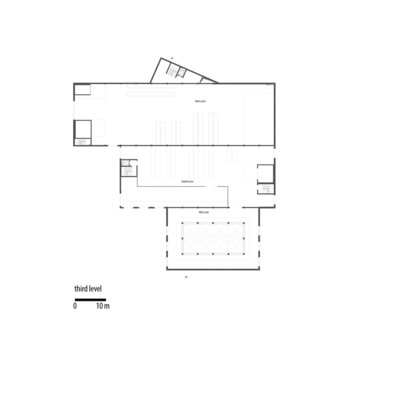 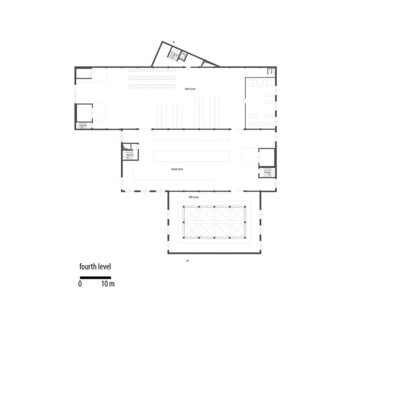 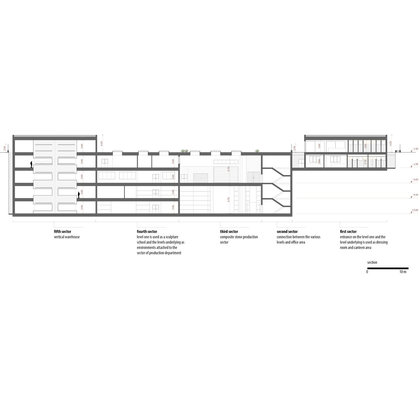 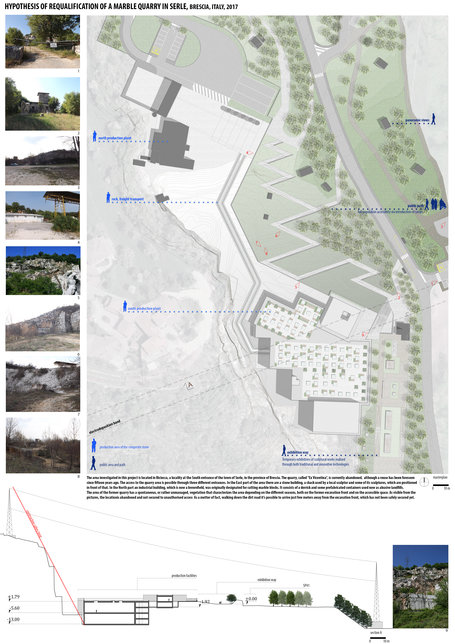 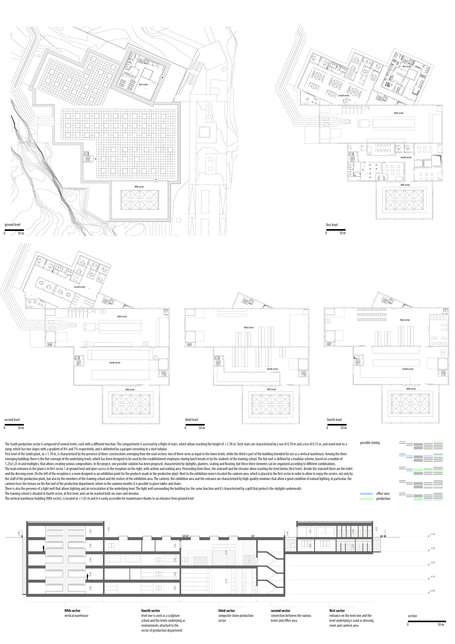