THE CITY OF MAN Redevelopment of Sultan Suleiman St. and Salah e-Din St. in Jerusalem 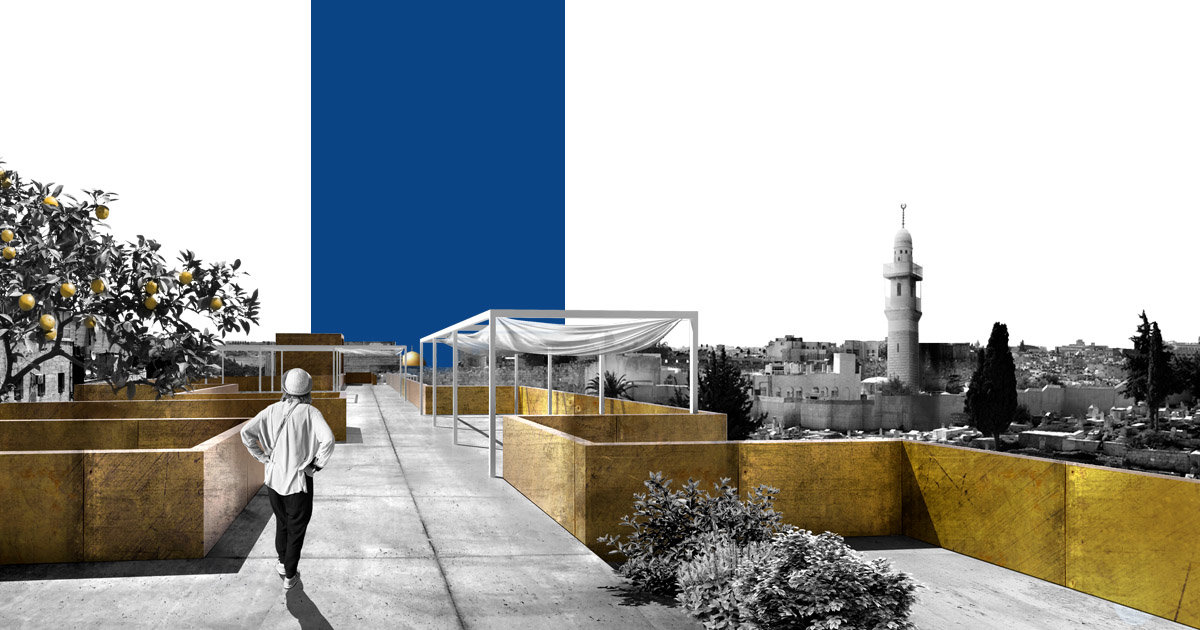 In the fictionalized pages of Marguerite Yourcenar, Hadrian presents himself as a careful observer of the city. He is aware of its inseparable relationship with man and he wishes Rome to have a destiny different from the petrified one of Thebes, Babylon and Tyre. Those cities were imprisoned in their own stones and at that time they were deprived of human essence.
A place where living itself represents the founding and necessary act to get rid of the stillness caused by the passage of time.
Hence the importance of the anthropological dimension moves forward: it gives birth to the intertwining, the contradictions and stratifications that make a city alive.
As Heidegger said: “Being man means: being in the world as mortal, hence: to inhabit”.
For centuries its people have built and fought, always putting at the centre a divinity, be it God, Yahweh or Allah. Man was condemned to own the city instead of living in it.
Races, religions, skin colours, traditions and languages fought against one another; for ages they have undermined that human “dignity” that was so claimed in the second half of the 15th century by Pico della Mirandola.
It becomes inevitable to rethink or think about any type of architectural intervention under a humanistic perspective. In this way, man would obtain a holy dimension to become Man, and the city would finally wake up from that petrified sleep by becoming Man's Home. 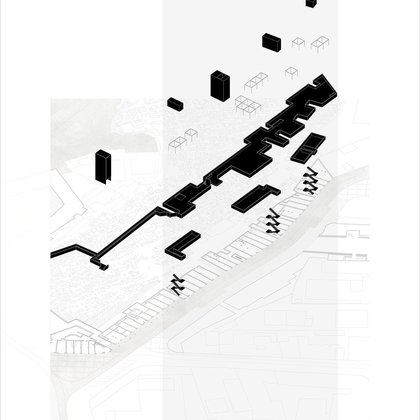 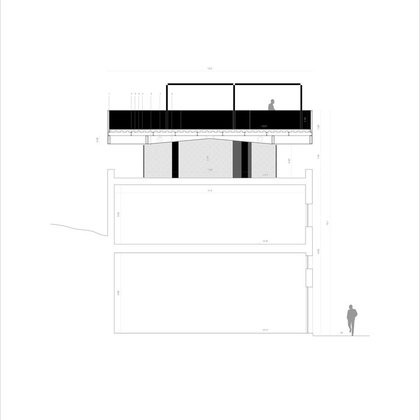 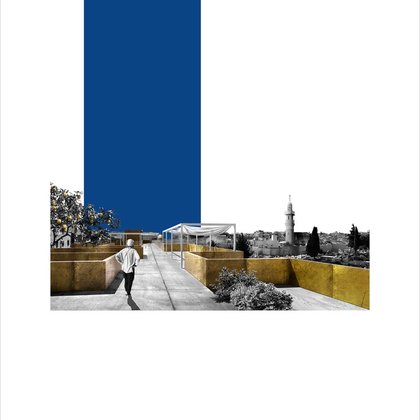 ROOFTOP WALKWAY_ view from the walkway 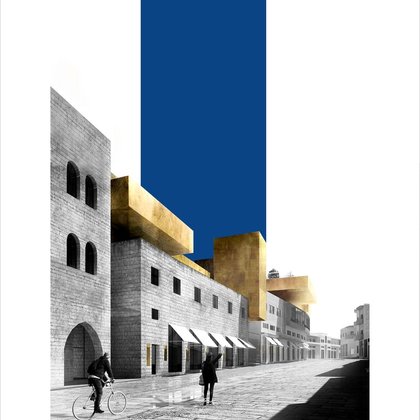 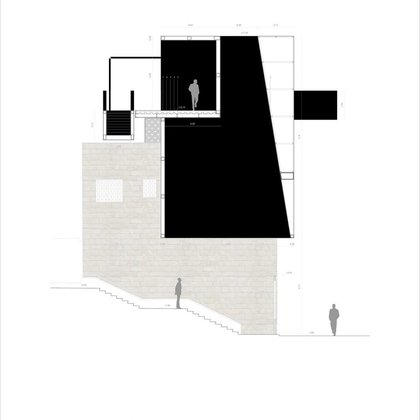 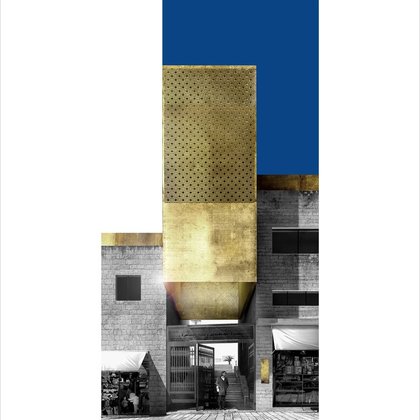 ROOFTOP WALKWAY_view of the cemetery tower 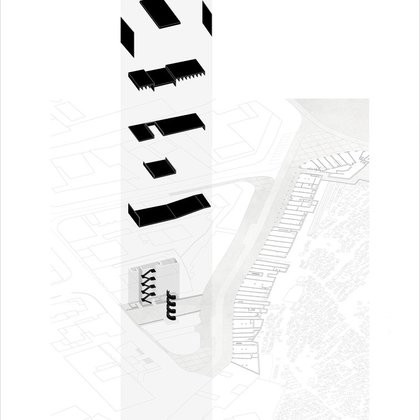 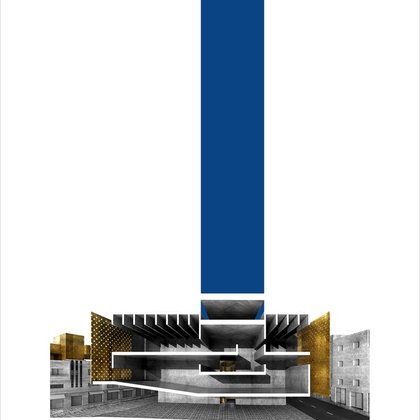 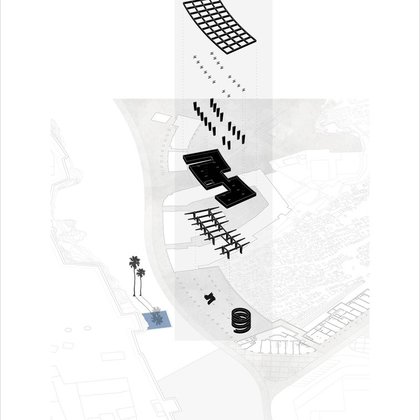 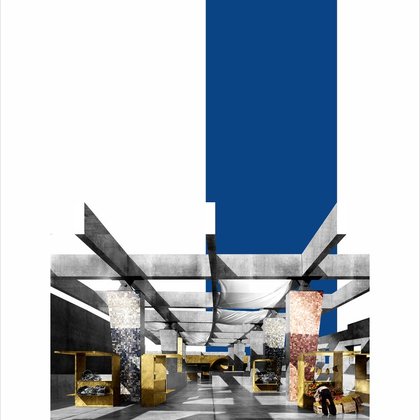 MARKET_view from the first floor 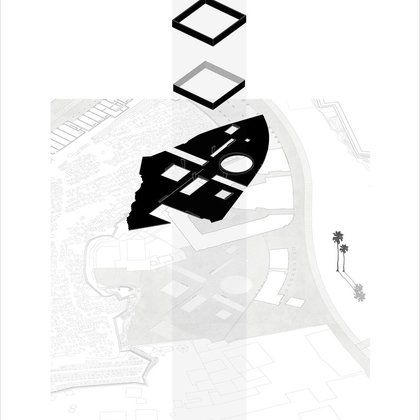 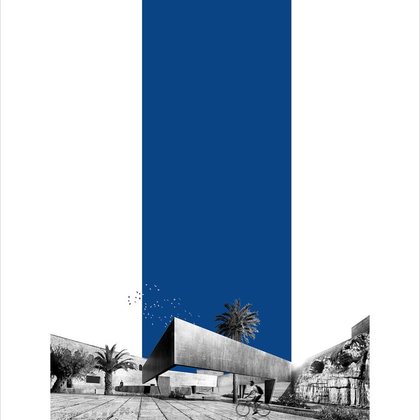 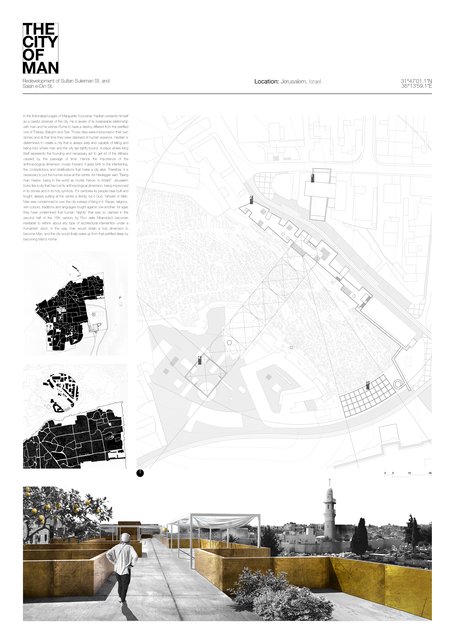 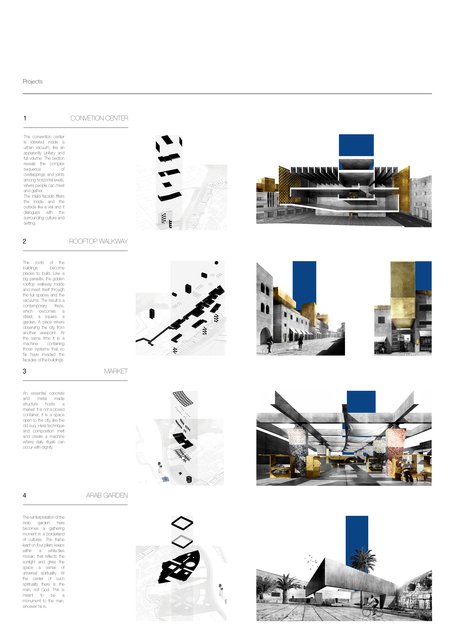