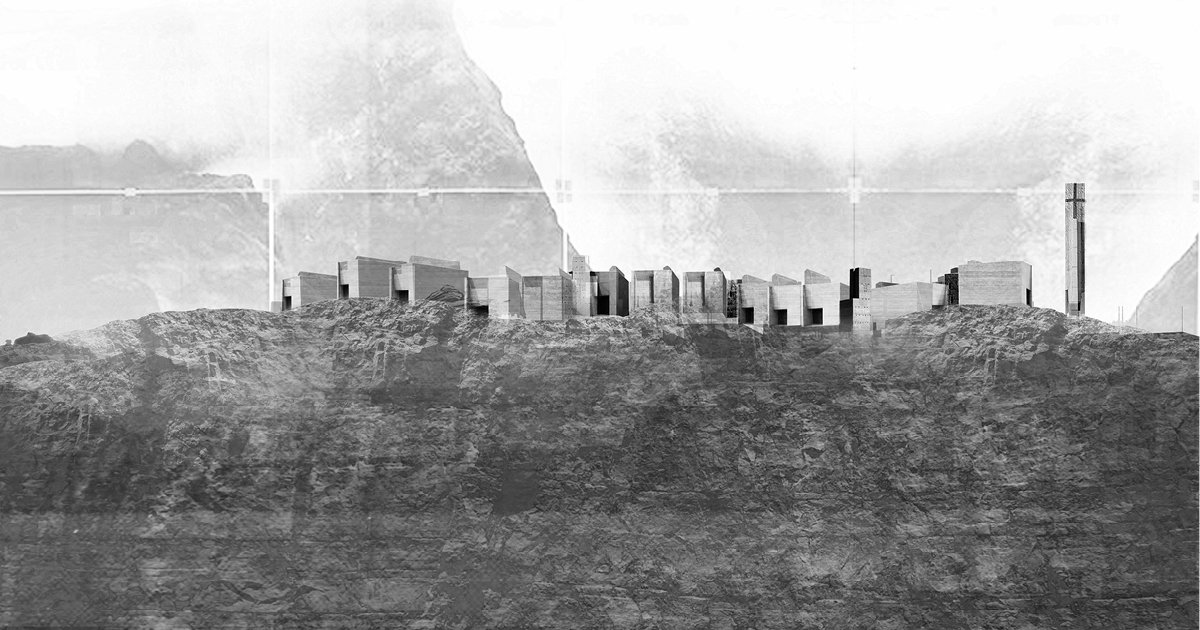 Cairo is witnessing an unexpected propagation of Coptic Zaballeen women towards a vow of religious servitude within convents; a negotiated window of control through religion. The Zaballeen are descendants of second-wave Coptic farmer migrations from Upper Egypt. They have since been established as Cairo’s informal garbage recycling economy and inhabit the enclave of Manshiet Nasser, an informal settlement at the cliffs of the Mokattam mountains. Women are freely mobilising in and out of convents in a manner that suggests an adaptability of religious institutions at a time when Copts face persecution.This gives rise to a re-considered conventual typology which reflects the prevalent ‘openness’ with which they function due to the re-evaluation of ecclesiastical structures vis-à-vis the needs of women.

Inner city convents present an intriguing play on architectural optics of power through elevated veiled bridges that conceal nuns from the urban street below while, paradoxically, ascertaining their permanent presence over the sights of the city. The architecture becomes depictive of the duality in the female body as it rests forged as an anchor between the sacred and the profane.

How can convents, which could be argued to be an architectural manifestation of patriarchy’s posited image of an enclosed female virginity, evoking a space defended, sealed and sanctioned, evolve to accommodate for the increasingly amorphous spatial barriers between the secular and the religious?

This project has emerged out of an extensive research period in which the student was able to assemble an extensive body of site information. This material gives the project an exceptional depth and grounds it within highly complex context of contemporary Cairo - its political social and religious layers. The student’s own photographs and interviews demonstrate a nuanced understanding of the conditions that have emerged over the past decade, and the project that has resulted, anticipates the shifting social dynamic of this unique Cairene neighbourhood. All this has been brought together with exceptional skill to produce a project that is both sensitive to its context and inventive architecturally. Furthermore the student’s representational techniques extend the language of architectural drawing by learning form on-site analysis and making deeper references to the power of existing mythologies and rituals, the dominance of the physical topography and the deep history of the site. 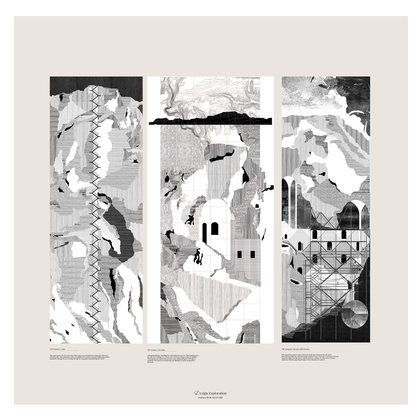 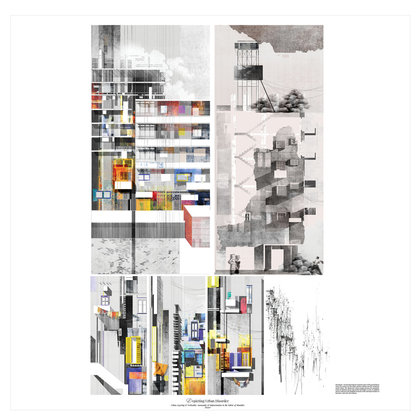 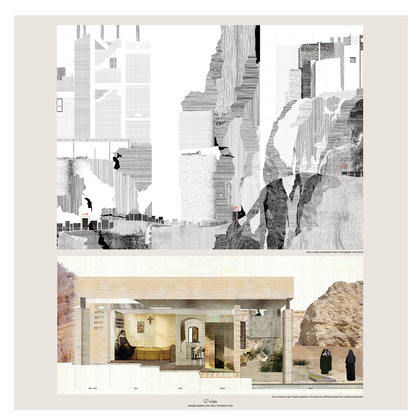 Topographical Arrangement: Choreography of The Sacred 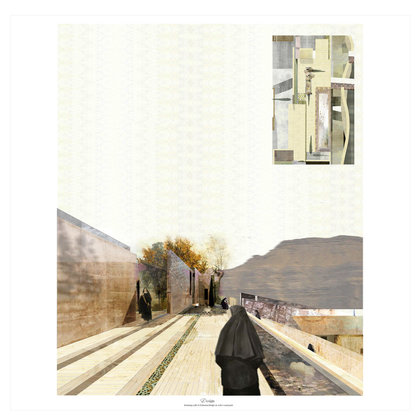 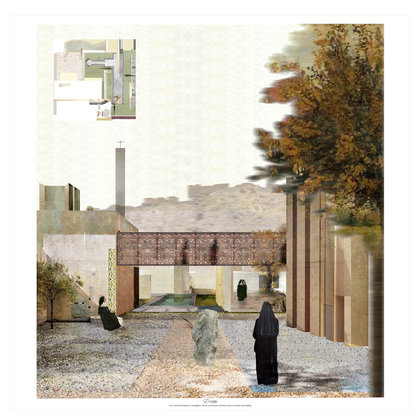 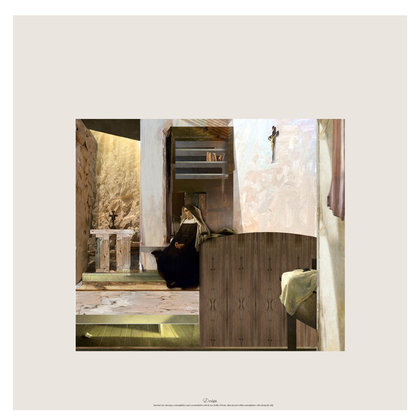 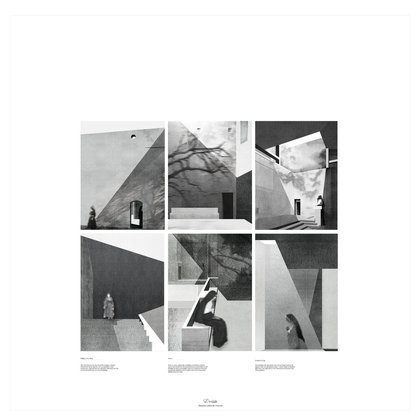 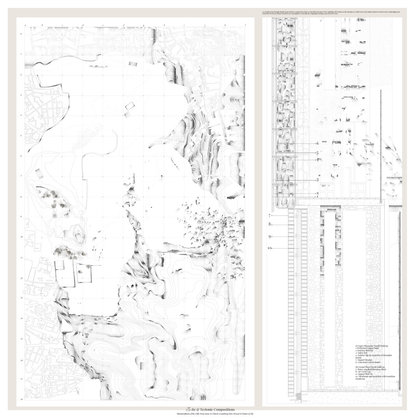 Tectonic Composition: From Stone to Church 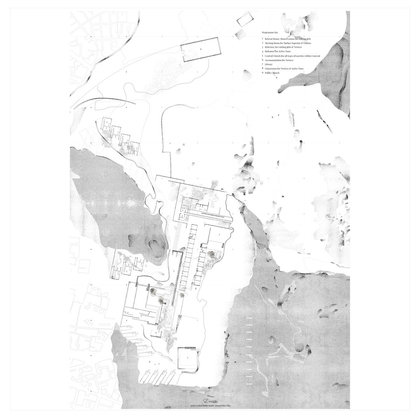 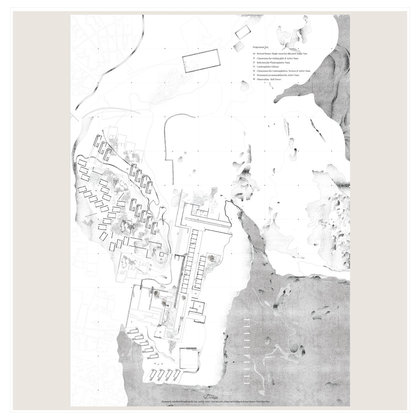 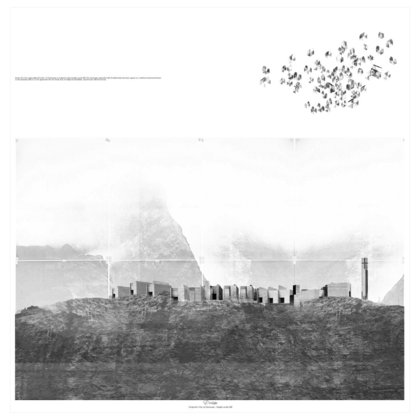 Temples on a Hill 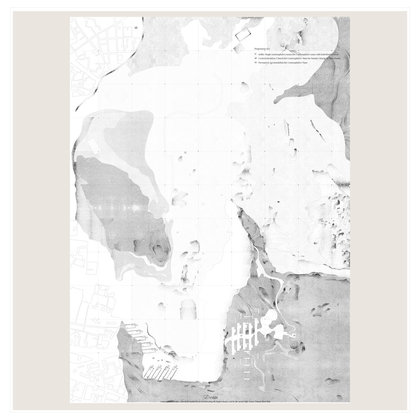 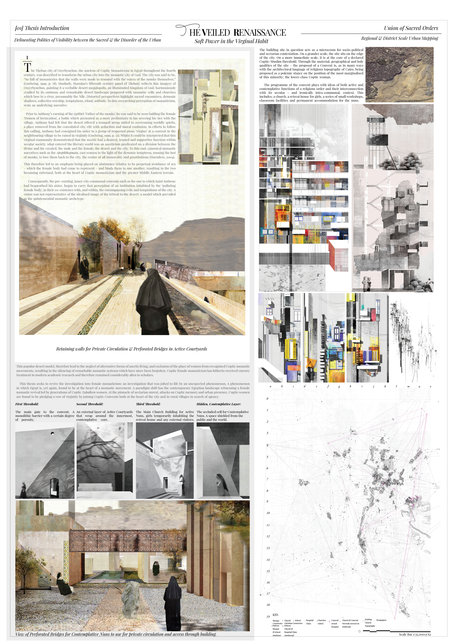 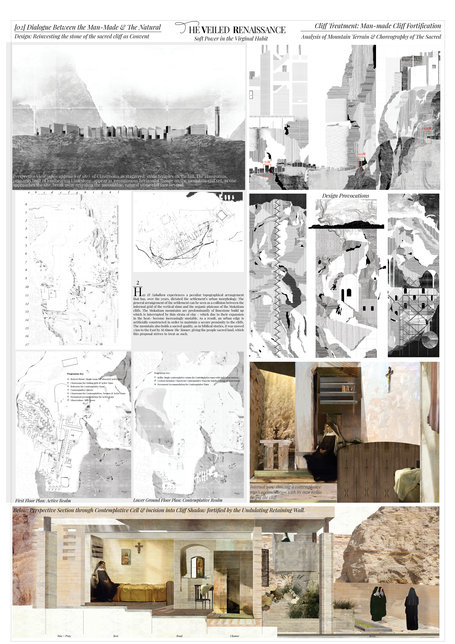