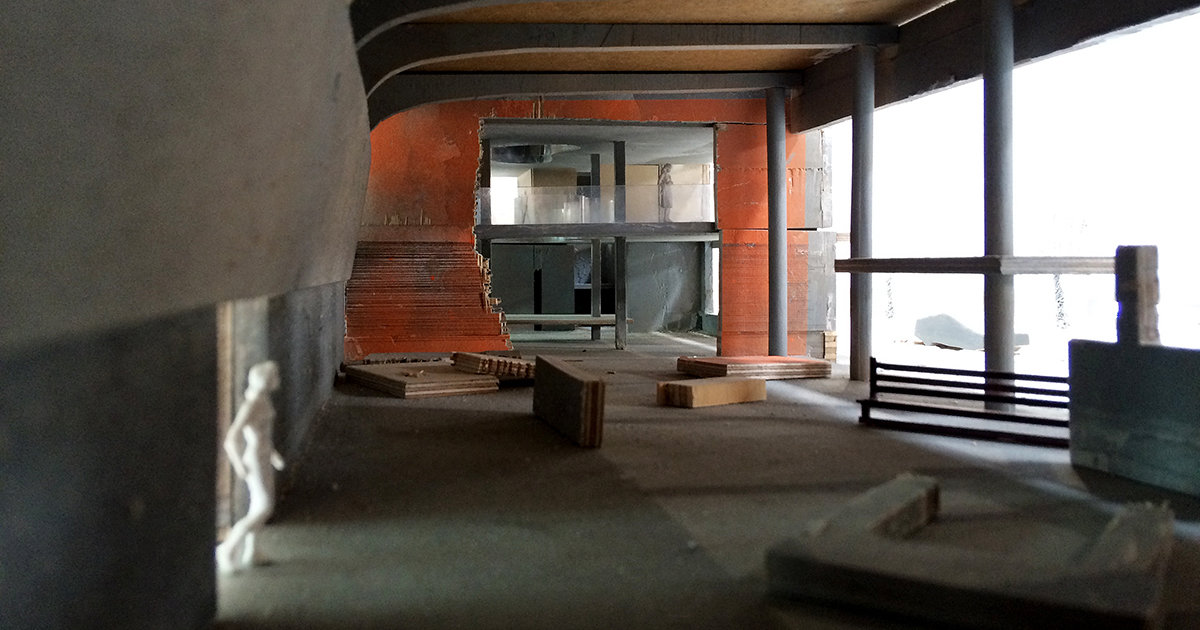 Gustav Helland (1887-1958) is one of the architects who has formed Stavanger the most. The many drawings, notes and sketches produced through his career in the city, from 1914 until his death, make the framework of this project. Archives, and the relevance of history, the life of buildings and its users, become important components when we relate to existing architecture.

Stavanger is the oil capital of northern Europe. The city and its region face major transformation towards a greener future. To plan for the future, one must start by looking back! The history is never a past stage, something that does not affect us. This becomes very clear when it comes to architecture, litterary speaking of the choices and the life that were before us.

The proposal consists of a series of actions in the existing train station of Stavanger, finished in 1963. The train station, being the last major project Gustav Helland realized, faces a life horizon of ten years before its possible replacement. The approach to the existing building chosen, is to use the prospect of demolition as an opportunity to investigate in a spatial strategy of subtraction, and at the same time insert new meaning to the building. These subtractions work as agents to give room for archival spaces dedicated to the material left by Gustav Helland, as well as other architects, and to raise an awareness towards the behaviour of the many buildings we take for granted in the city.

This diploma project is, at first hand, an investigation into what an ‘archive’ can be in today’s world: an archive that has to do with the future. Secondly, it is a reflection on the role of an architect bridging generations and historically different contexts through viable design solutions and locally bound urban considerations. Thirdly, this diploma project is, in parallel, a successful case study of working with ‘publicness’.

The proposal is utterly valuable for the field of Norwegian architecture as it reflects on the preservation and exposure of the legacy of Gustav Helland – an architect that has, through his lifetime practice, helped to form and advance the city of Stavanger, following its development into an important industrial city. What has remained to us from Helland’s creative craft is a volume of drawings. The proposal offers a clever way to exhibit Helland’s legacy and therefore the whole history of Stavanger to future generations in one of Helland’s last buildings, in the Stavanger railway station.

The proposal is exemplary in resolving complex issues in an architectural, spatially considerate way. The chosen location – Stavanger railway station – fully supports the underlying concept of telling the story of Stavanger through architectural means. This diploma project’s excellence is surfaced in its cohesive thinking and sophisticated choice of interventions that enable a captivating public exposure of valuable design legacy. 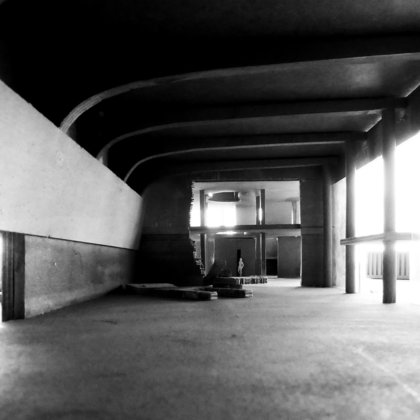 The terminal hall during deconstruction. 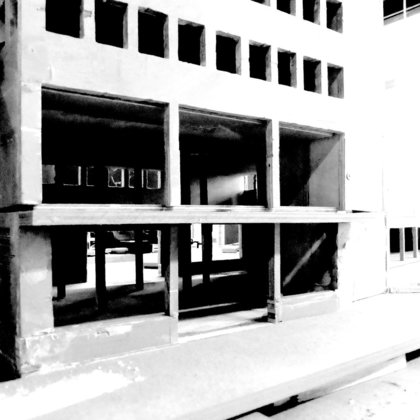 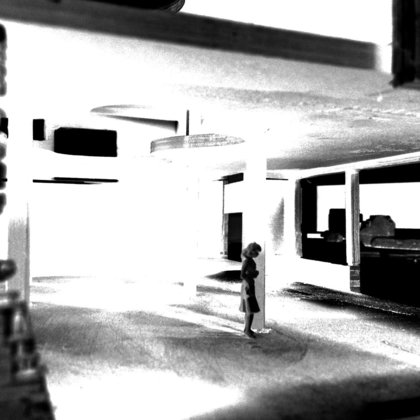 The hole in the wall between the gallery and archive hall is growing. 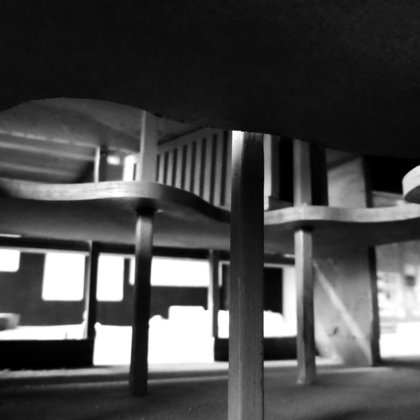 The process of making openings in the floors has begun. 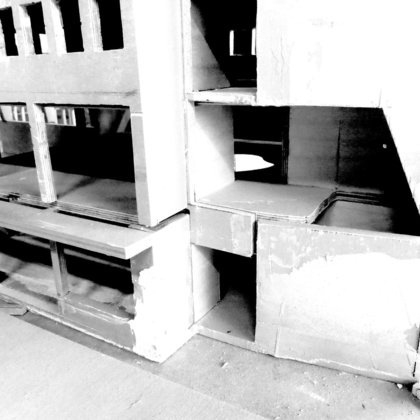 The work on the facade has extended to the stair case. 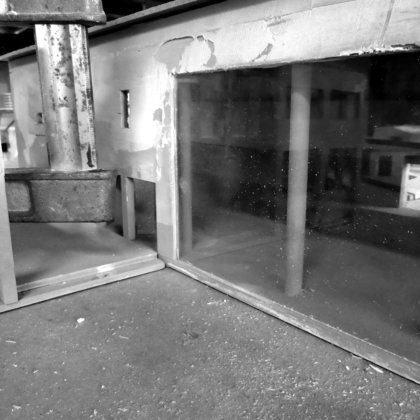 One of the sections from the original drawings is directly transferred to the building. 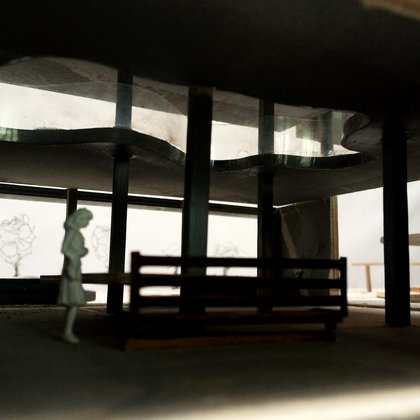 When the dust has been cleaned, the archive hall is furnished with a huge table to study. 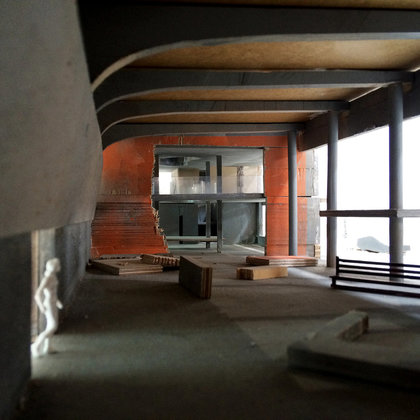 In the terminal hall building parts from the deconstruction work are being exhibited. 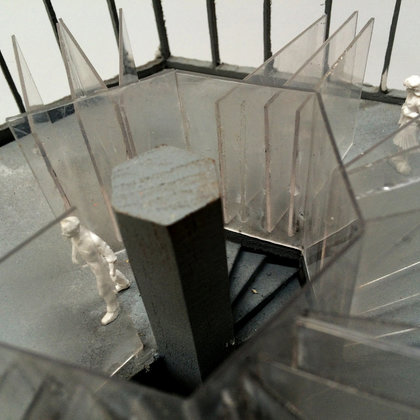 The most visual content from the drawing archive of Gustav Helland will go between glass panels. 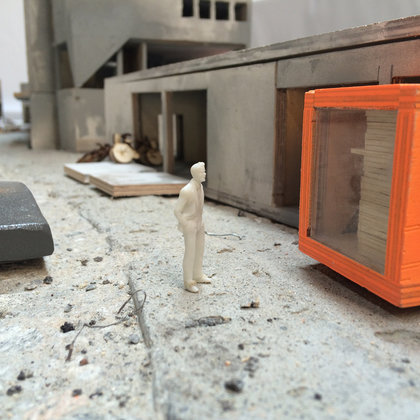 The need for safe storage can be combined with visibility. 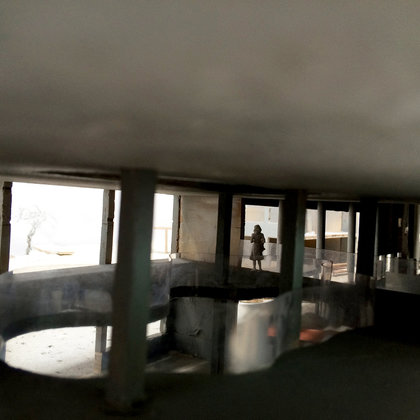 In the second floor of the administration building is the city museum with huge new glass surfaces. 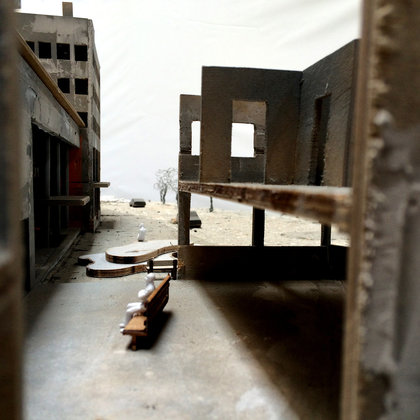 The users of the train station will learn to use the new passage through the section which was made. 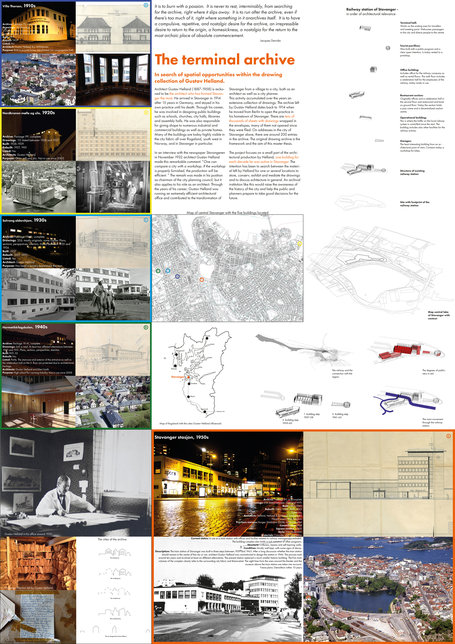 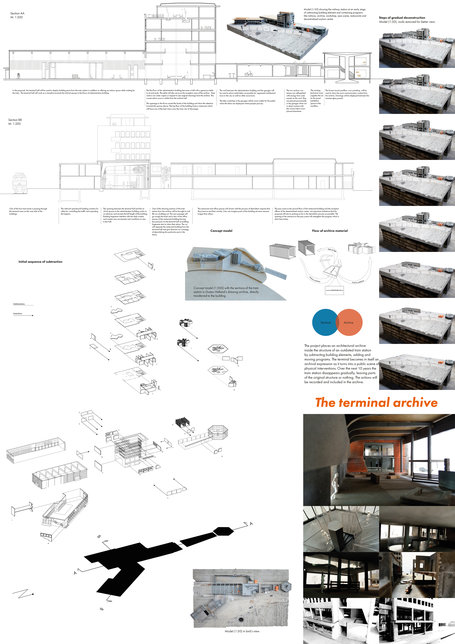