OPAD_Office of Post-Apocalypse Design. Chernobyl as a garden of metamorphosis 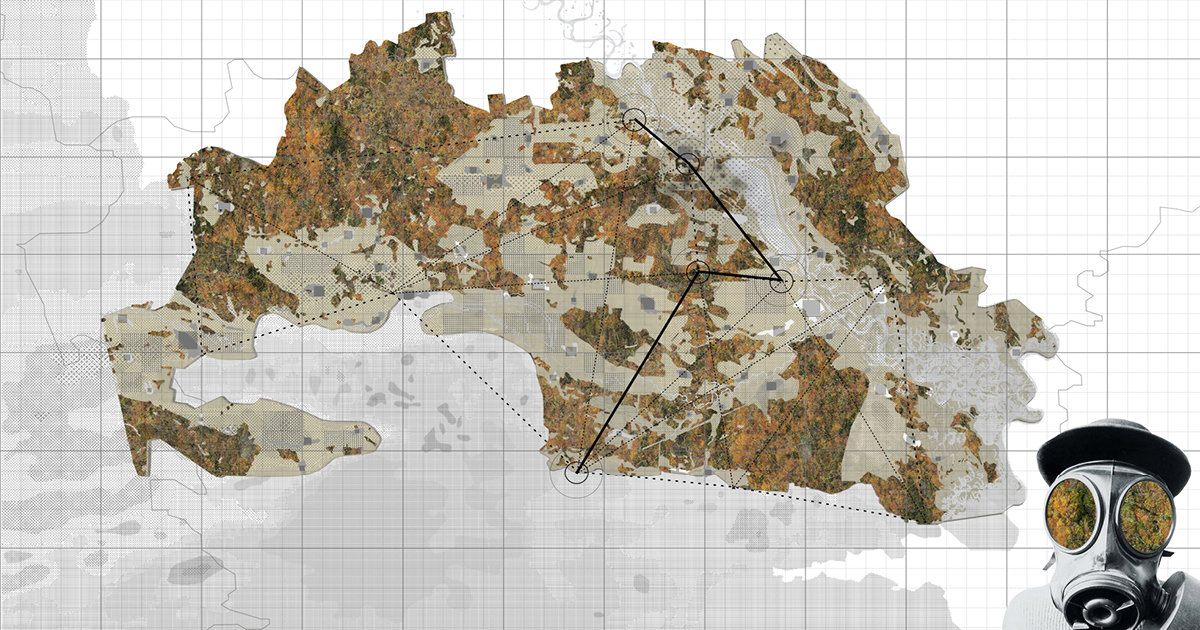 We are living in a geological Era called Anthropocene in which ecosystems and landscape are shaped by humans.Starting from this assumption, the thesis investigates the spatial product of anthropization in its most extreme case: territories contaminated after a nuclear disaster and the Chernobyl Exclusion Zone has been identified as a case-study.
Questioning on the future of this ecologically compromised territory, we developed a strategy based on two levels of intervention.The first concerns the soil, which is recovered and cleaned by radionuclides through technological devices;the second consists in the establishment of a support infrastructure for the scientific research.The support infrastructure is constituted by a suspended cable car, whose terminals are placed inside a tower structure that also hosts laboratories and monitoring stations.
The intervention on the landscape takes on a double meaning, both ethics and aesthetics.The consequences of the disaster are recovered through energy macrogeneration from biomass crop;on the other hand the technological devices represent a new aesthetic for the landscape becoming as artifacts of Land Art.
The final vision is a techno-nature landscape, a garden of metamorphosis in which the various elements are part of a regenerative dynamic process.Architecture becomes director for the entire system as a sequence of hybrids landmarks that identify the character of the area, deriving their shape from the interweaving of relations among devices.

The Cernobyl nuclear reactor in the town of Pripyat can pride itself currently as the second-most visited tourist site in the Ukraine speaks of the primacy of the place in contemporary consciousness. Like Andrei Tarkovsky’s Stalker, Fumagalli and Rodi have chosen to embrace this forbidden place where no one is allowed to remain as a source of wisdom. It proves a dangerous topic, full of collective denial, and has led to a thrilling document that involves catastrophism, tourism, scientific research, architecture, landscape regeneration, and artificial evolution.
Their method begins with geographic analyses concerning the global extent of human-caused disasters, before turning to the specific case of Chernobyl, which is now isolated by a 30-kilometer radius of no-man’s land. From scientific and geographic probing they shift to the poetic, imagining how such a mutation of the natural world through high levels of radiation could be understood as a source of a new beauty. Architecture in a such a devastated context is not just a luxury, it is a question of life and death: the still unfinished New Safe Confinement project, Europe’s single largest structure, an immense vault spanning 245 meters, that will cover the reactor.
Like Darwin at the Galapagos, they have compiled a taxonomy of biological mutations and landscape evolutions, proposing the “zone of alienation” as one of the only truly free places on Earth, where the wildness of nature due to the deadliness of man, has been left untouched. 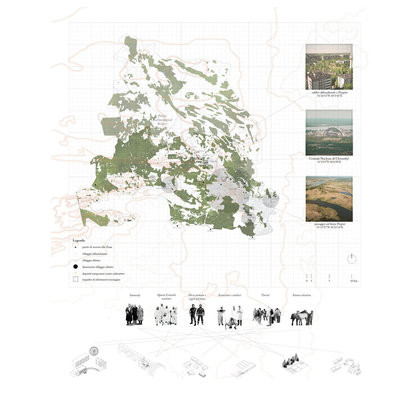 analysis of the Zone 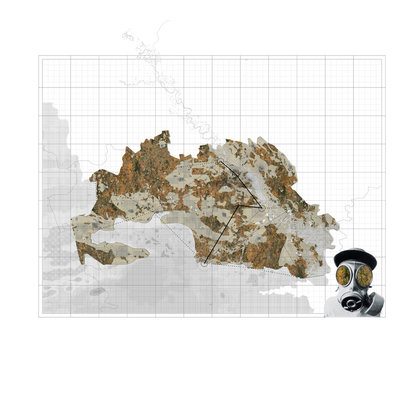 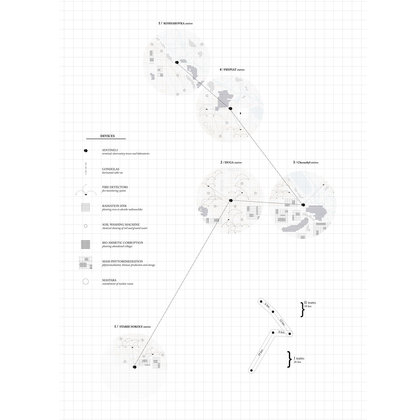 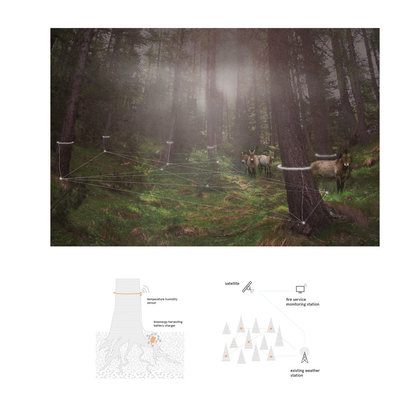 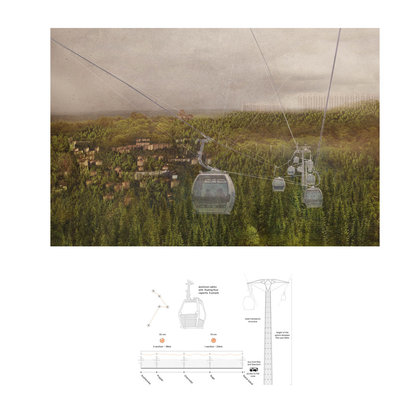 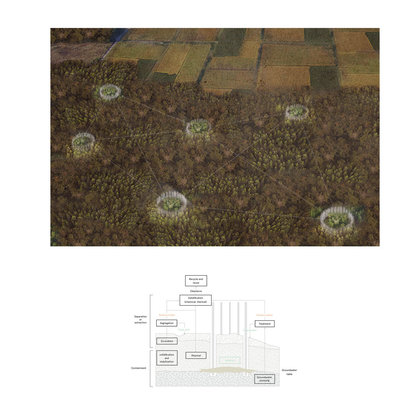 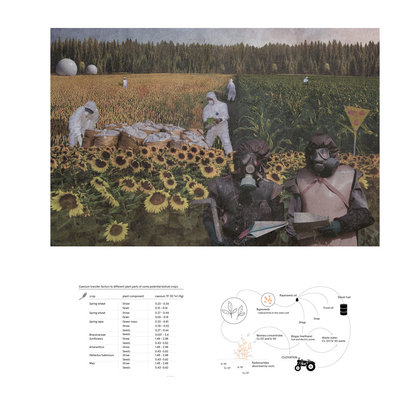 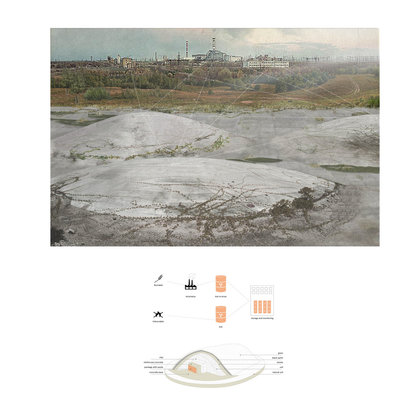 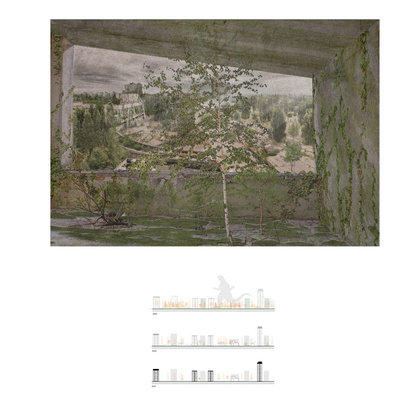 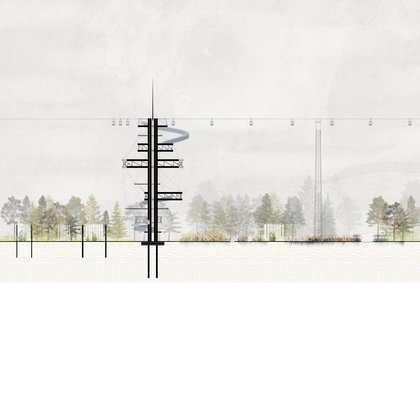 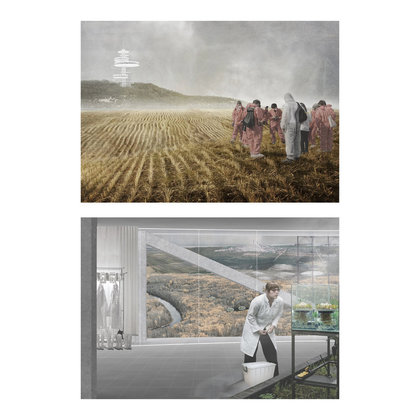 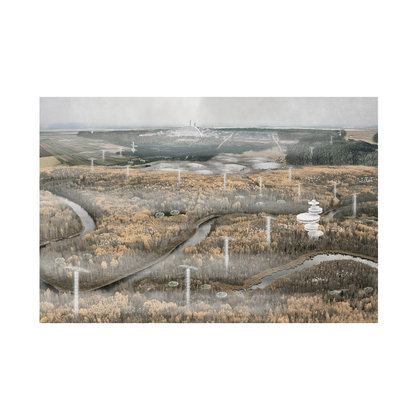 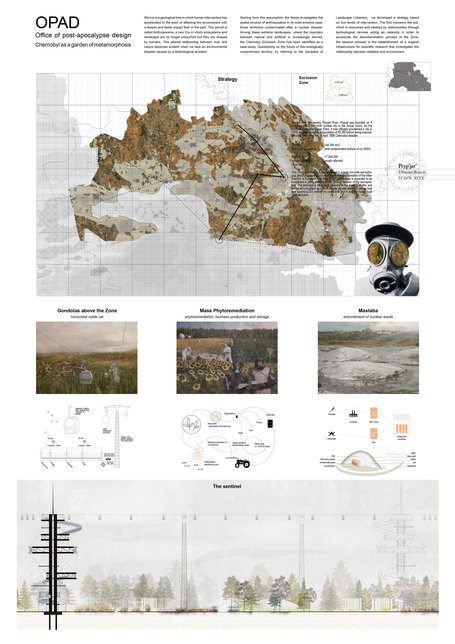 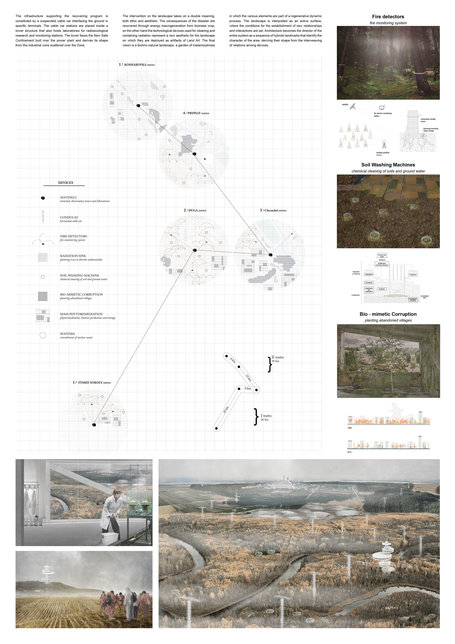