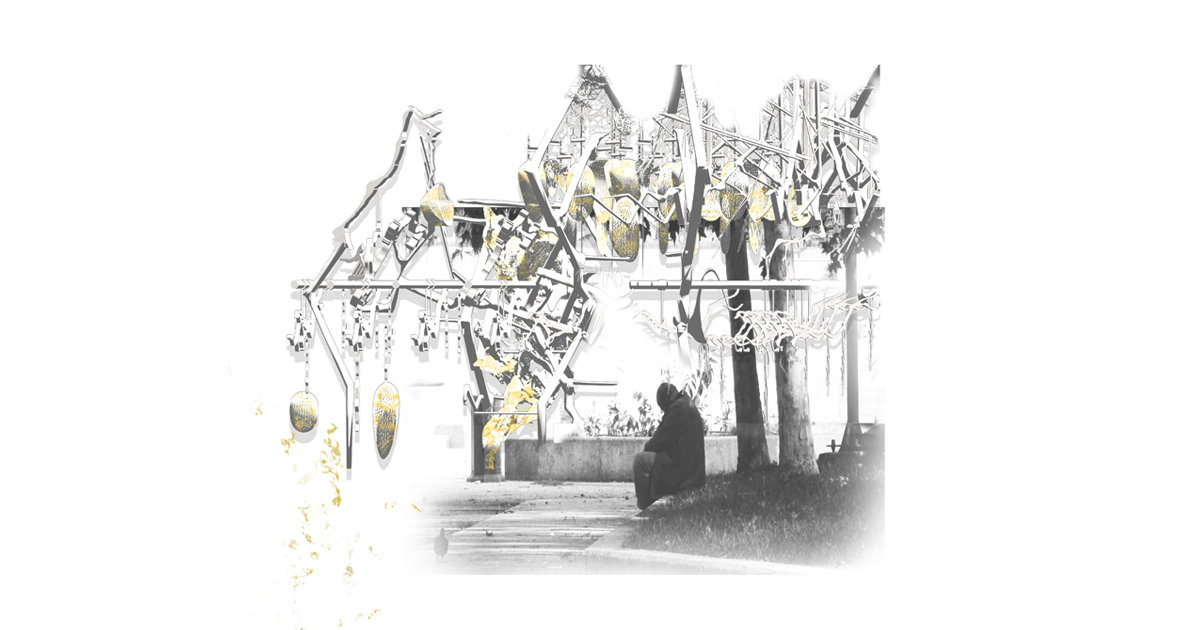 This thesis project proposes a designed “social infrastructure” across multiple sites in Athens, Greece. It’s aim is to enable newly arrived migrants and Athenians to collaborate in the production and development of a new organic textile material organic [derived from Kombucha] - that can reinvigorate the textile industry and work as a generative model for further cottage industries across the city. This proposal draws from a critical understanding of how dominant, yet disparate, features of Athens - the flow of migrants through the city, hanging laundry from balconies and the dense atmosphere of smog - subtly transgress social boundaries and provide both an existing infrastructure for harvesting this material as well as informing a programme through the material's technical
abilities as a filtering membrane.The initial elements of the project begins at the port of Piraeus - the migrants' landing point into the city and Europe - and acts as a water purification and filtration process mechanism that supports the wider growth of the material across the city. Elsewhere, fermenting vessels suspended along the the Polytkatoikia residential blocks - cast a golden hue across the concrete facade and weaves new social relationships between squares and districts. Collected material is brought to a central convergence and exchange point where the material is contoured into multiple material goods before being sold in markets.

This project is deserving of recognition for the way it engages the city of Athens + its underlying spatial and environmental pathologies.

The range of the project is impressive as it subtly develops across multiple scales + multiple programmatic fields. This framework calibrates against current networks of migrants movement entering Athens and Europe. By reading and understandings these trajectories during an intensive fieldwork study this process reveals a web of invisible traces that might have been overlooked.

The idea of engaging the invisible or perhaps near visible is also clear in the development of the thesis proposition itself. The project finds ways of engaging with the persistent air quality of the city, with the lack of public amenity space, and through the program of a new type of social exchange and material investigation suggests ways to radically reprogram the dominant housing courtyard typology as well as urban space.

So considered are these proposals, that they seem entirely appropriate to the inherent material, constructional cultures + traditions of the city. Yet they are also entirely contemporary which might describe new positions on how architecture can be thought to operate in the city.

If there is an underlying ambition here, it is surely that it's the recognition of architecture's inherent potential is not only in the establishing of borders and boundary conditions, but also in its ability towards connectivity of both the material + sensuous. 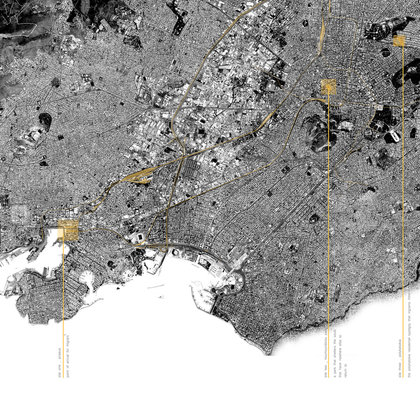 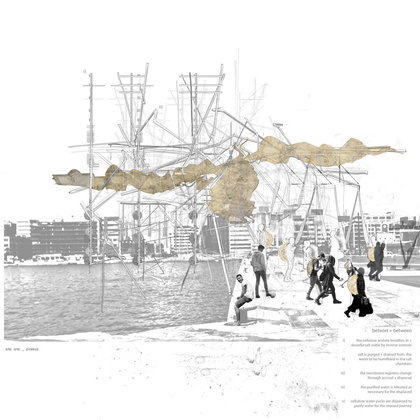 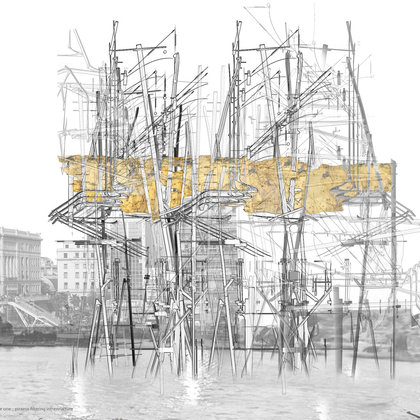 View of Piraeus Port From Water Arriving From Boat 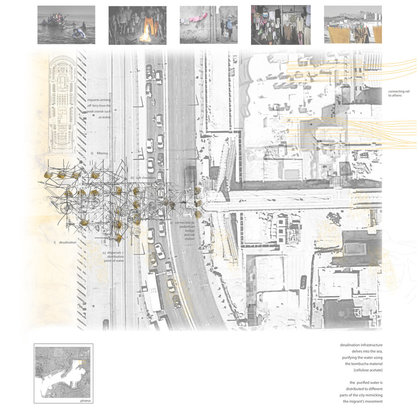 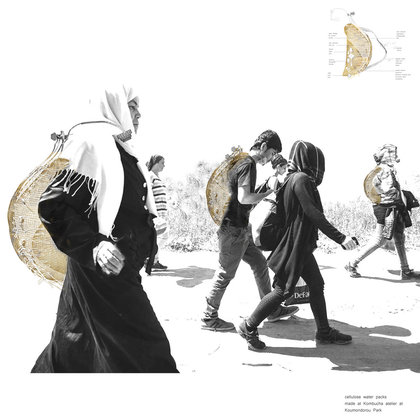 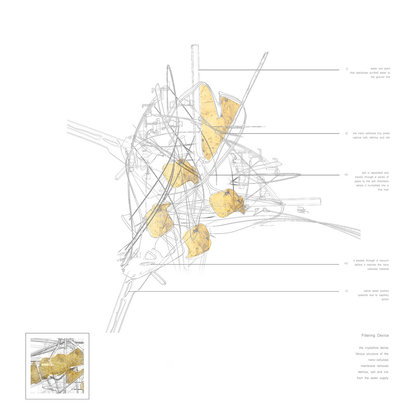 Detailed Drawing of Mechanism that purifies the water using the material 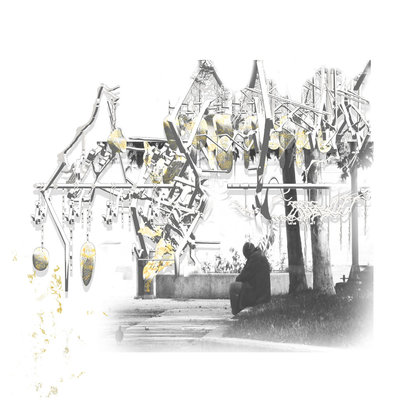 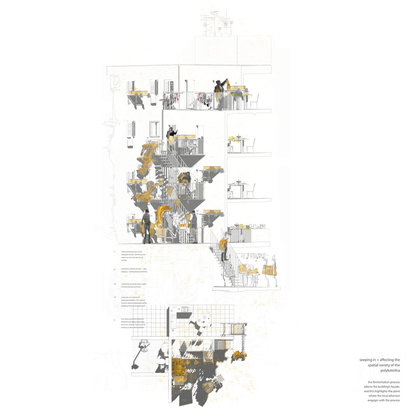 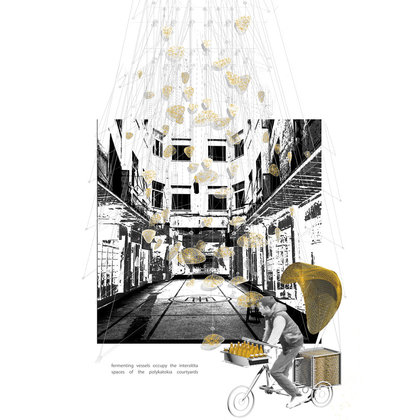 The fermented vessels occupy the interstitial space of the Polykatoikias 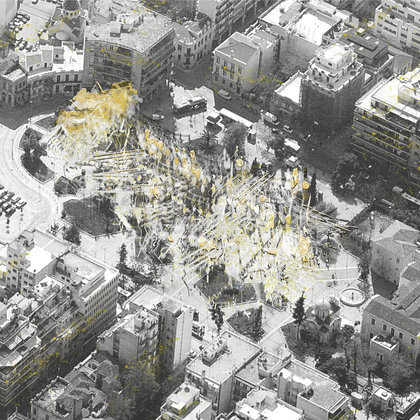 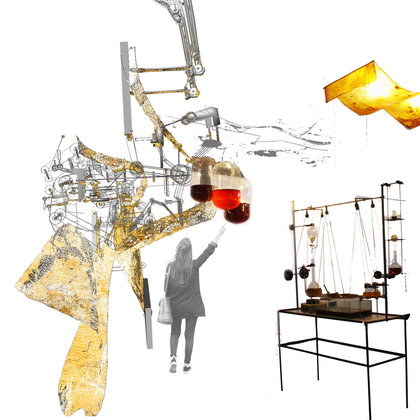 A detailed exploration of a 1:1 scale fermenting appartus 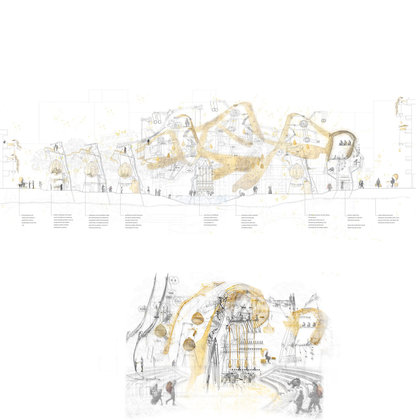 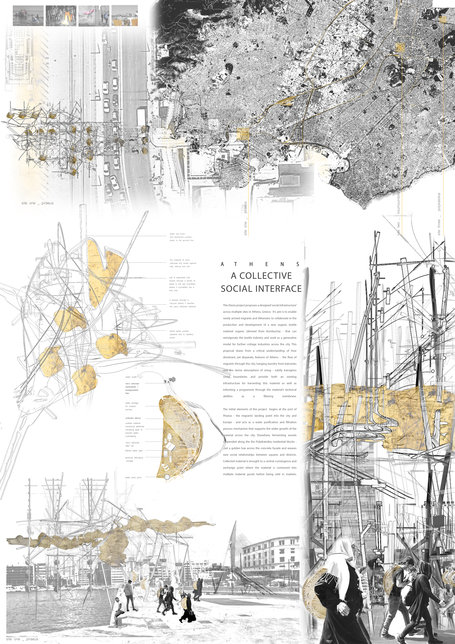 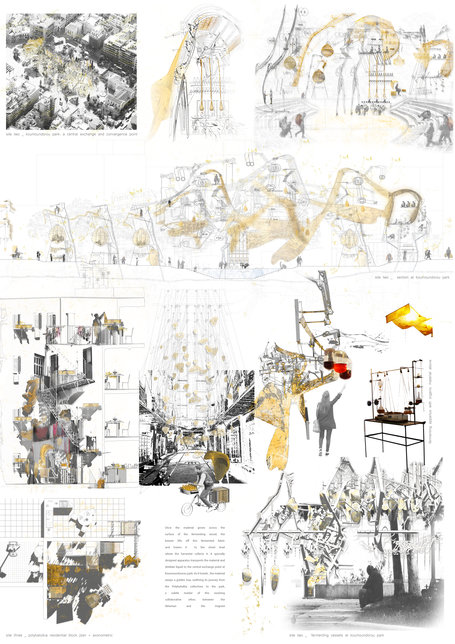