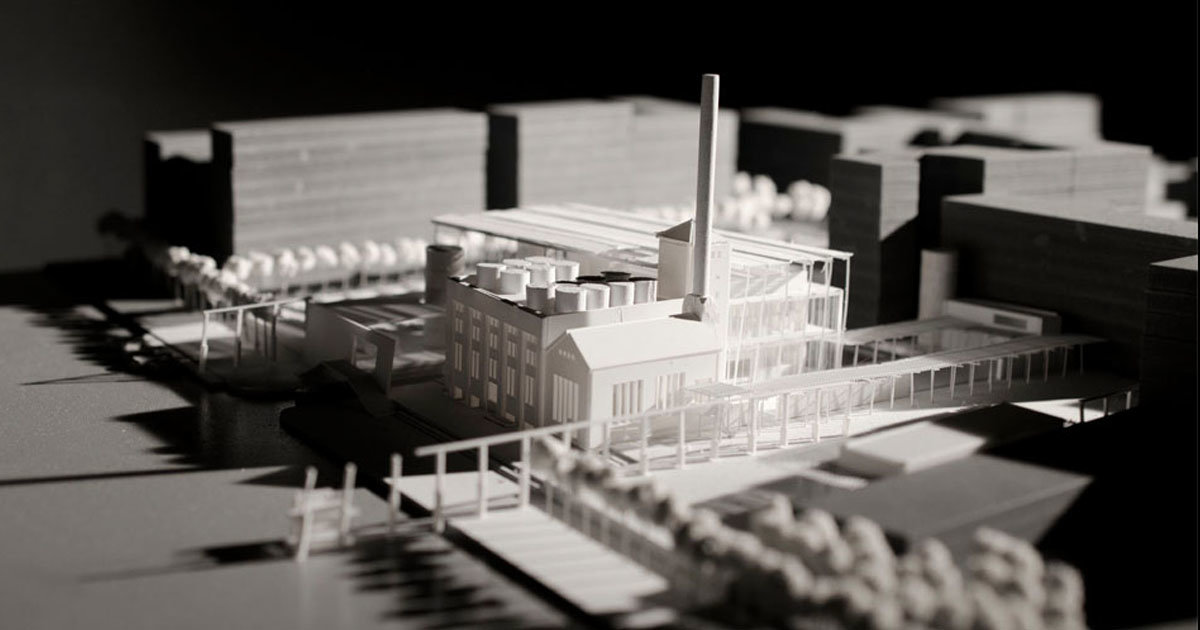 The thesis investigates how Berlin, as a palimpsest, with the legacies of its complex past still evident in its social and urban fabric, can use architecture to maintain its identity of locus political agency in the neo-liberal climate of Berlin’s developing economy.

The enquiry, framed within the context of the city’s ambition to achieve a zero-carbon status by 2050, deploys an Urban Strategy developed through researching the urban biotopes specific to Berlin and their by-products. These biotopes are overlaid with a historic network of dilapidated Eishauser structures, (once providing a resource central to the community), repurposed to upcycle the city’s waste and natural resources supporting a transition from a linear to a closed-loop economy.

The study re-adapts a disused early 20th century Eisfabrik (ice-factory) in the Mitte District of East Berlin as a case study for self-sustaining community based textile production; utilising the organic-waste of the surrounding biotopes to generate energy and fertiliser for its flax farm. Exploring the polemic of the ruin and referencing the eclectic classical grandeur of the original building, new circulation elements and supporting structure are inserted to contrast and compliment the historic architectonics.

The ruin is no longer the end of a building’s life, but a site of reanimation and reassembly where materials continue to transmute in an active cycle that eventually contributes back to everyday life in the urban environment.

The project is a layered reading of Berlin’s social, cultural, political, historical and environmental condition to establish the parameters and the criteria for a design process that proposes an architecture of possibility, agency and respect; an architecture that utilises the past, engages the present and answers the future.

A precise examination of the characteristics and possibilities contained in the ice factory, framed through a technological study of the Water/up-cycling/evaporative cooling potential in the Eisfabrik, became a model for examining a network of disused ice factories and the biotopes of Berlin. This thesis operates at 2 scales, the architectural and the civic; reactivating the waterfront, the ruin and stitching together the frayed urban context with considered elements calibrated to the site and the architecture.

The proposal examines the current resources and loads of Berlin to identify opportunities and challenges created by contemporary consumption patterns. This information is used in conjunction with a careful analysis of the existing fabric of the derelict Eisfabrik to develop a program that suggests the use of architecture as a community catalyst, a device for altering the physical environment, behaviour and social interaction. The architectural object is not fetishized, instead valued as a tool for change; a living legacy that addresses the needs of city residents, while also asking how they can shape it to meet existing demands and future concerns.

The project very elaborately proposes an inventive strategy for developing an industrial site in Berlin, responding to the current extreme environmental challenges of our cities and the intention of making Berlin into a zero carbon city by 20150. The Community is taken as the point of departure, and the different urban fragments and artefacts on site are reconsidered and put into a new urban sustainable grammar. The project addresses three scales of intervention: the Urban strategy, the masterplan and a ‘repurposed’ Eis Fabrik. It contains the reuse of urban fragments, provides for specific biotopes and reprograms buildings and urban space, setting a coherent template for possible future urban regeneration.

For these qualities this project is awarded with ACE prize for societal impact. 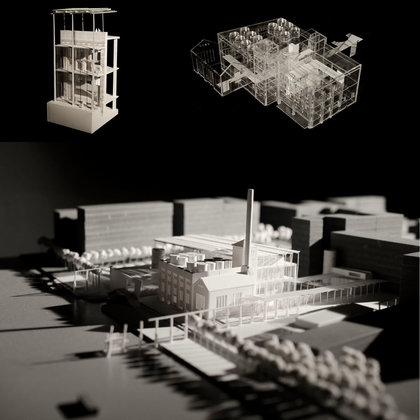 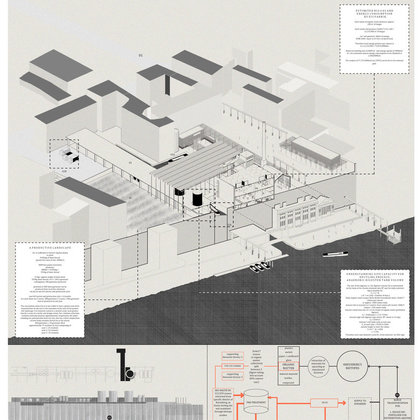 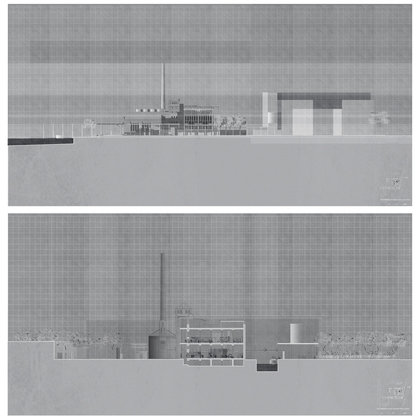 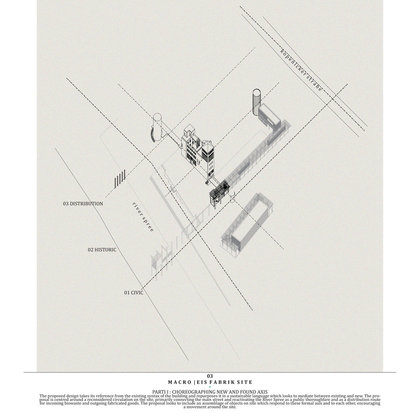 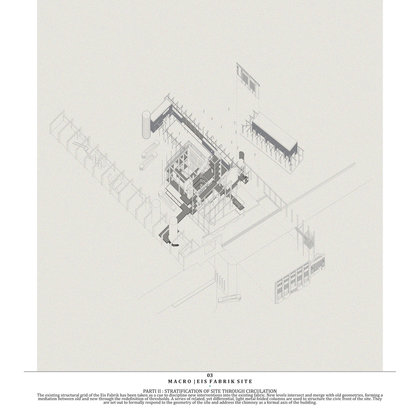 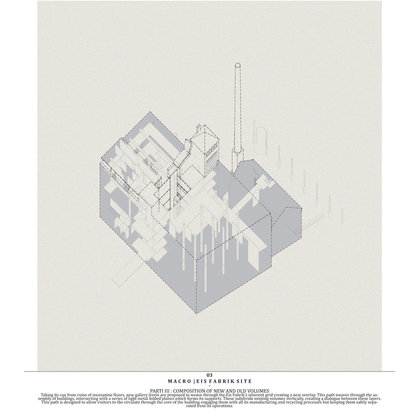 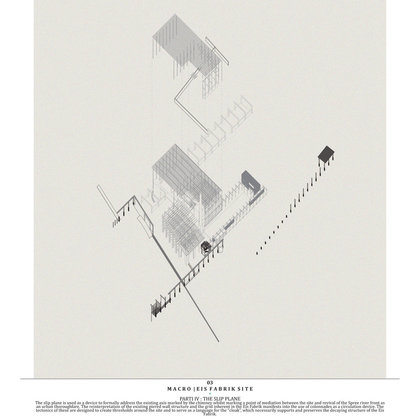 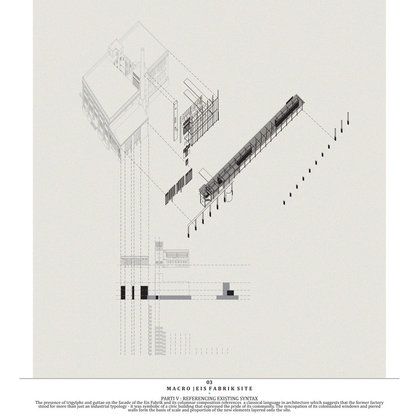 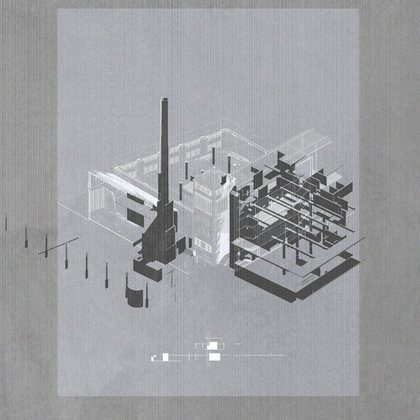 BerlinPalimpsest_A Dialogue Between Old and New 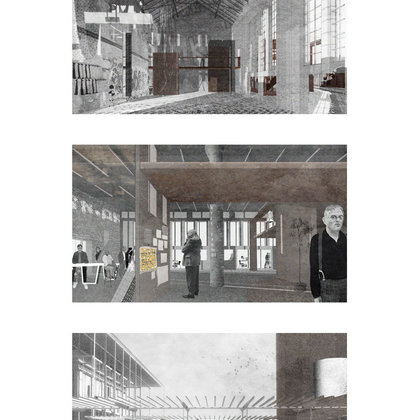 BerlinPalimpsest_Renders : Entry Through the BoilerHaus, Studio and Colonnades for New Thresholds 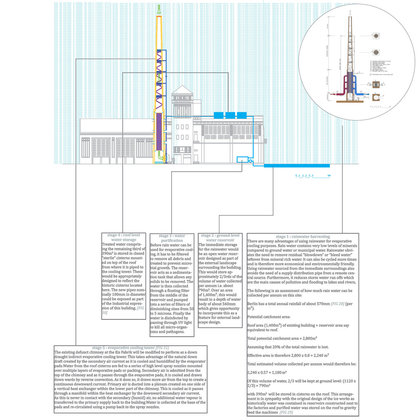 BerlinPalimpsest_Repurposing A Defunct Chimney as an Evaporative Cooler 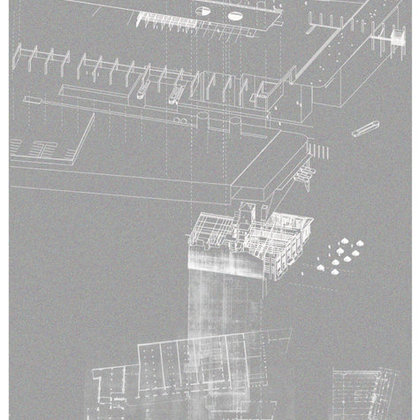 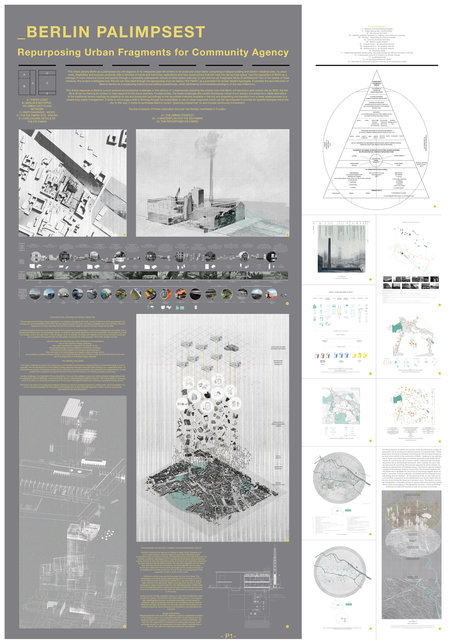 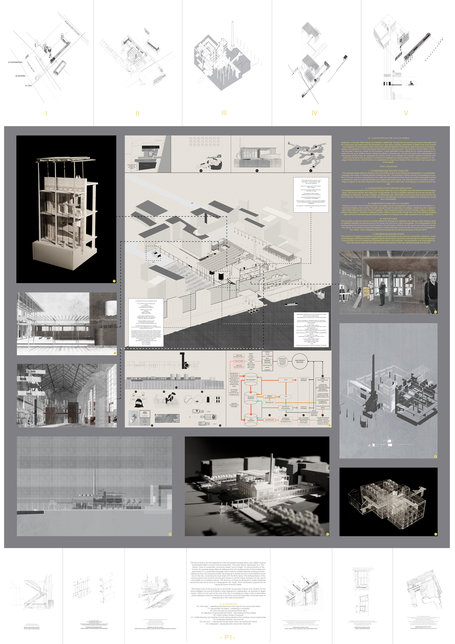