Modernization of the "Zemstvo" building, Orhei city, Republic of Moldova 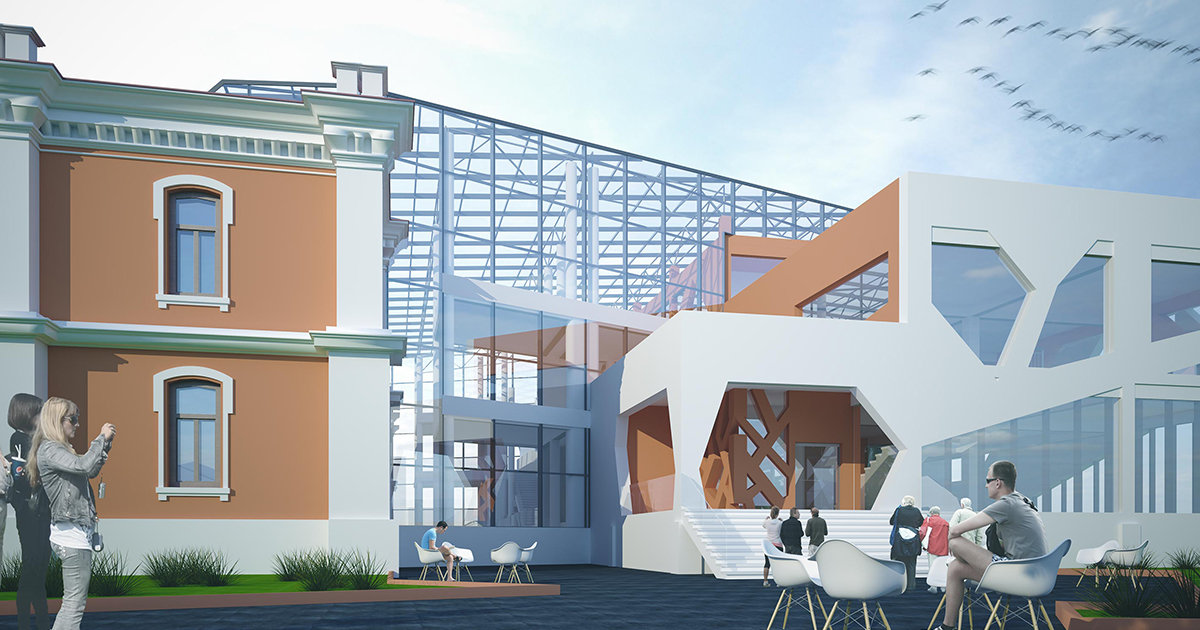 This architecture heritage was built in 1887, by the architect Ciganko in Orhei city, Republic of Moldova. The architecture was influenced by the Russian classicism. The future destination will be an Expositional Center for Agricultural Development in RM, that will gather all the people in the industry, to share and discover new technologies, lab equipment, instruments that would help this agricultural country to move forward. All the Entrepreneurs from the agricultural fields will need to upgrade their knowledge, so they can produce a high volume of products as well as to meet the international standards. Starting from this point, the author decided to project the second building that can meet the requirements of the Expositional. The limited area of the future construction leads me to the idea to unite these two buildings into a single one. The space in between the old and new construction will house the exhibition area itself. This is a large hall full of natural light because of a large glass coverage roof. You can see a well-defined zoning: exhibition zone, offices and conference rooms for visitors, Center offices for personnel, and offices for museum workers, restaurant area and inside parking zone.
Architecture style: I tried to keep the coloristic solution of the old building in the new one that will develop contrasted shapes. The main inspiration was “The Crystal” by Daniel Libeskind. Well, I didn’t go so far as it would be too extravagant for Moldovan architecture.

There should meet a certain level of architectural style per integral ensemble of Moldova’s architecture. In the same time Luminita went to less daring but more dynamic movement of the façade. Certain symmetry was borrowed from the old building plan. This exterior surface serves as both graphic pattern and structural system, and is composed of 300mm-thick concrete and flush-mounted frameless glass. In relation to environment, she selected concrete as a material she daringly proposed a substance and strength absent from the phenomenon “glass architecture”. This concrete structure, however, is not simply used as in conventional architecture to express the volume or the massiveness of the walls. More than being merely a pattern or a structure, this building instead acquires a new dimension relating to the notion of surface. She wanted to escape the conventional notion of a wall structure, was seeking a way to avoid transparent openings in an opaque volume. Rejecting the obvious distinctions between walls and openings, lines and planes, transparency and opaqueness, this building is characterized by distinctive type of abstractness. While the old building has strong classical, more statically shape, the new one shares a dynamic movement in its forms, this reminds us of the past that we will keep it intact and the future that always leads to changes, to everything new. We don’t even imagine how the hidden façade does look like, but we expect something great. 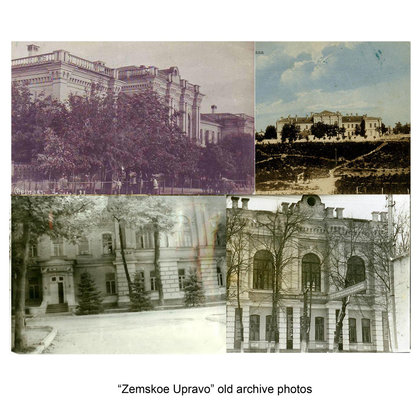 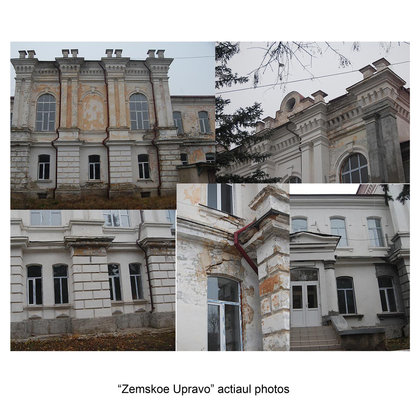 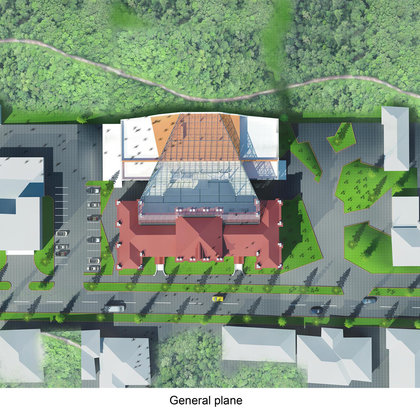 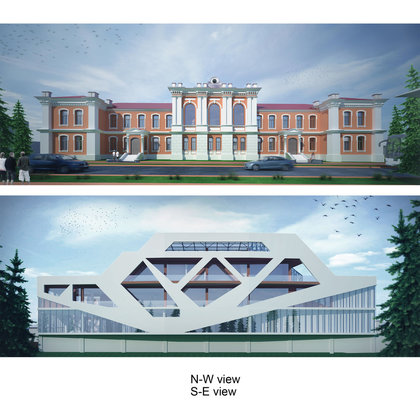 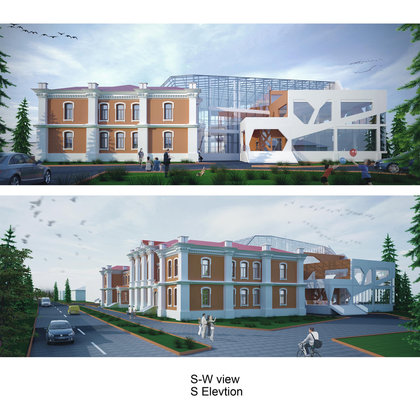 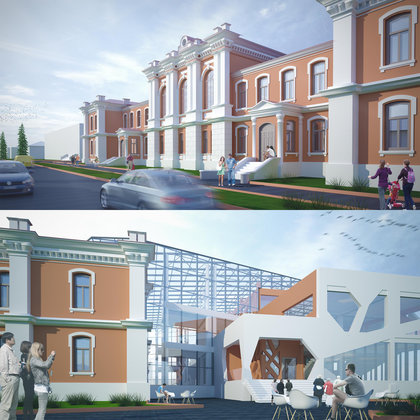 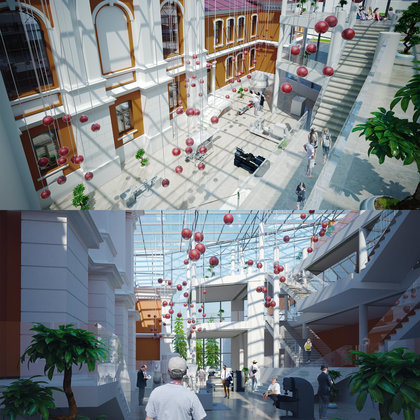 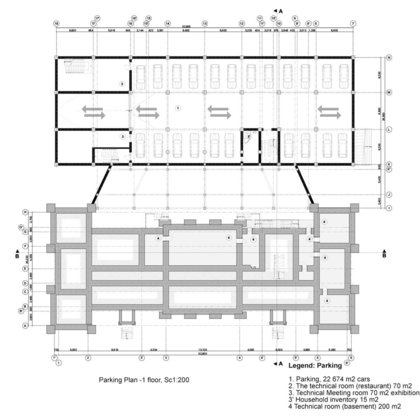 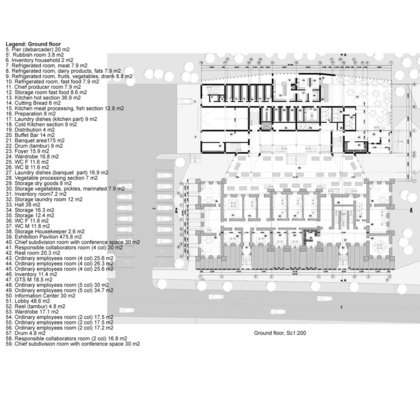 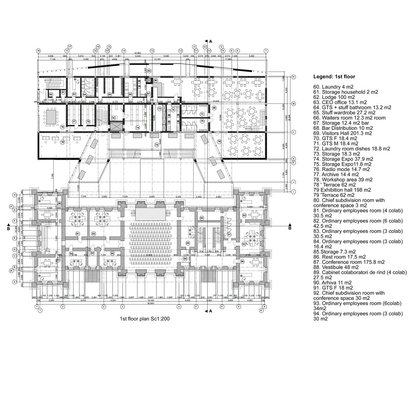 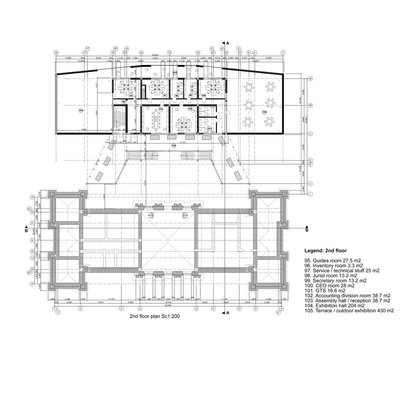 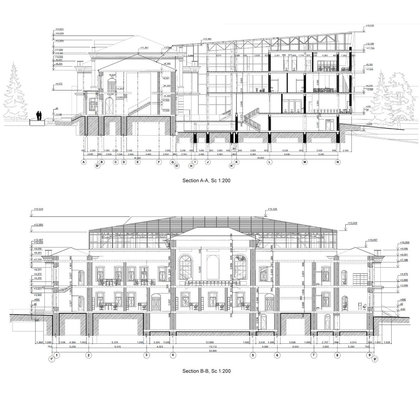 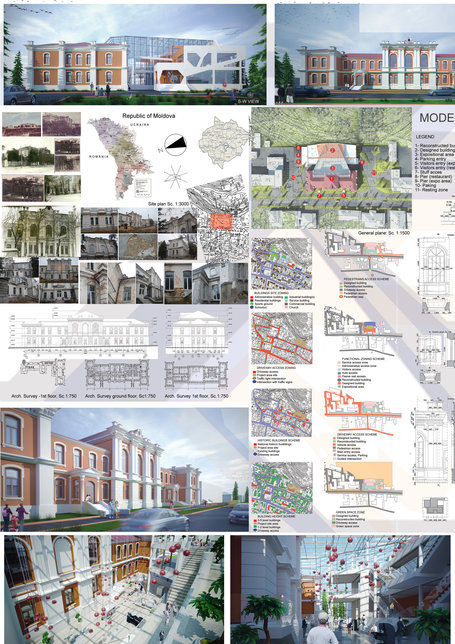 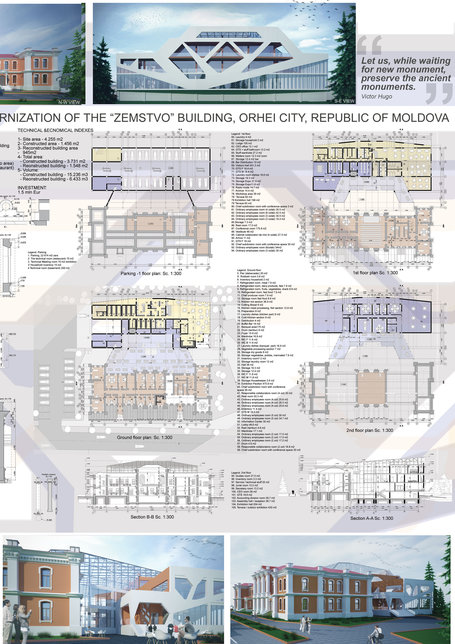