ReThink Athens: The phenomenon of urban gentrification ... Participation in construction process as an opportunity for society and habitation? 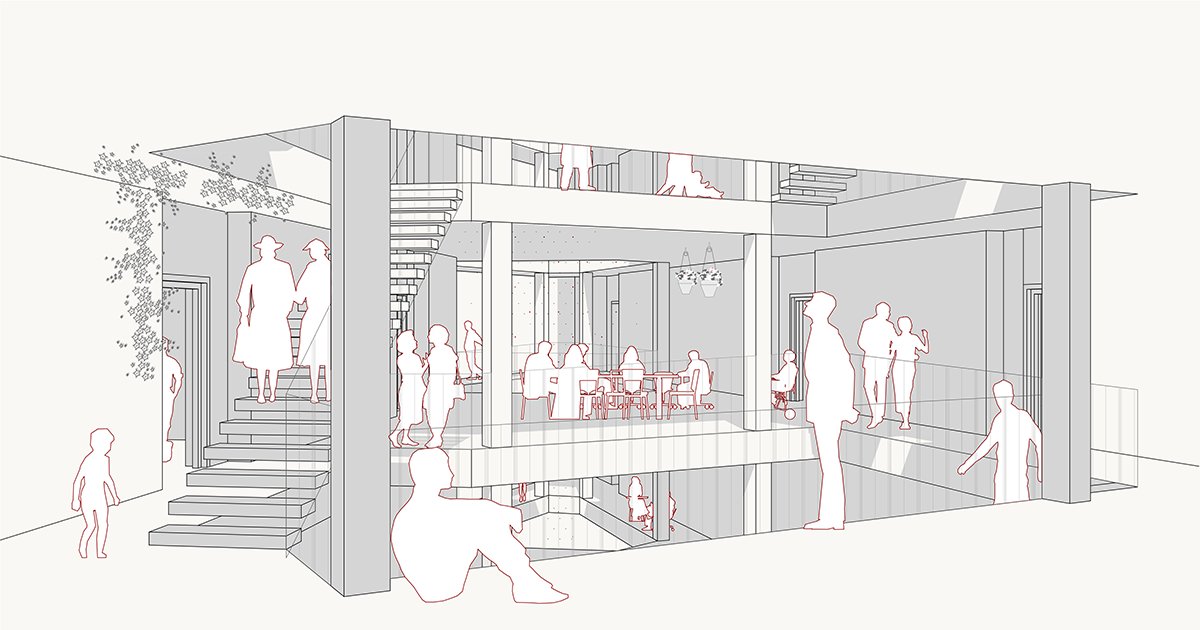 How can a linked structure be generated from an undefined space, lastingly increasing the value of the place and it’s surroundings as an integral part of the city’s structure? Where could deregulation be socially and ecologically responsible as well as enriching?
Based on these research questions, the present project confronts possible solutions of how to deal with an inner-city spatial barrier and gentrify the dwelling typology in order to revitalize the communication and the sense of wellbeing of the neighborly community.
Today, neighborhoods in Athens can be considered as the strange consequences of suddenly interrupted gentrification, the identity crisis and the tension associated between privacy and public property. Cheaper housing, cheaper materials, less space, less durability. In times of crisis, the lowering of architectural standards seems like a sensible thing to do, a healthy diet to eliminate the purported decadence of academia and rehabilitate the discipline’s moral credibility and social relevance. The bottom line is, self-build should be seen as part of the answer and not as the problem.
The attempt is to create a new type of shared houses for contemporary dwelling, which combines sustainable levels, responsive design on sociological, and economical aspects. The goal is to design a new type of classification, from housing scale to city scale, which could be a positive paradigm for collective and high quality living in regards to social standards.

The student was born to parents of greek descent. Because of his family background, his academic years were affected by the continuing financial crisis of Greece and thereout the consequential decreasing quality of living within the country. The lacking communication, the unexploited buildings and the depressing cityscape were his motivations for his thesis. He wanted to raise up the living standards and the quality of Athens as a city, by using one of many facts Greece is known for–architecture.
He always showed extraordinary interest and respectable enthusiasm all through his studies. I haven’t seen such an inquisitiveness and skills for analytically theoretical issues in years.
His ambitious goals led him to design and construction issues that are far above the average level. I would like to point out his terrific talent for analyzing, pre-thinking and designing social milieus with the urban fabric and the architectural house. Influenced by his communication skills, he also had a positive impact on his fellow student’s works. In this logic he was the chairman and an active member of the student council.
I support him and endorse his designs and plannings strongly regarding his high attitude towards architecture, urbanism and society. My impressions about him are constantly confirmed by his outstanding ideas and results.
This student has a very high potential to create concepts and leitmotifs to redefine the meaning of architecture. 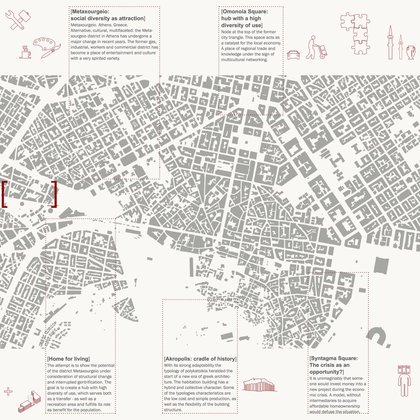 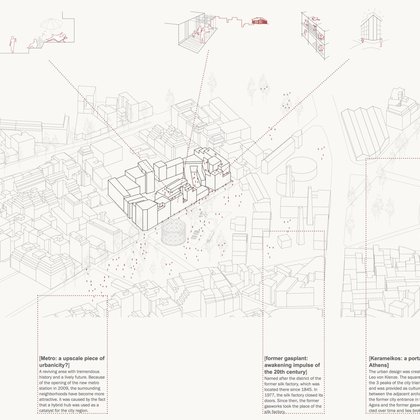 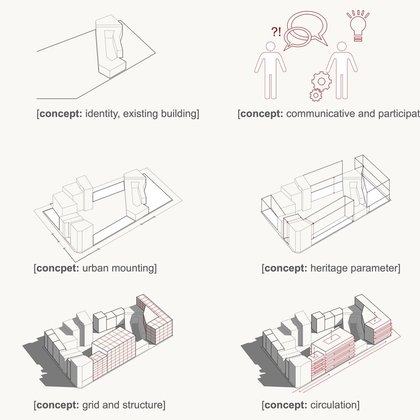 [city scale: concept of the proposal "Home for Live"] 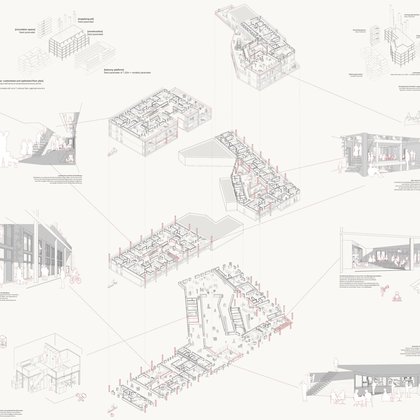 [housing scale: exploded view of the floor plans and sketches] 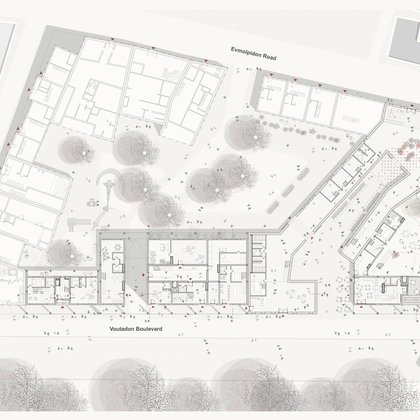 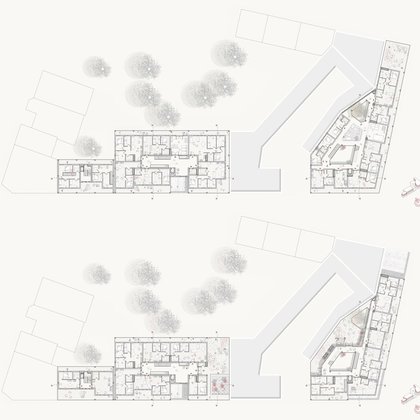 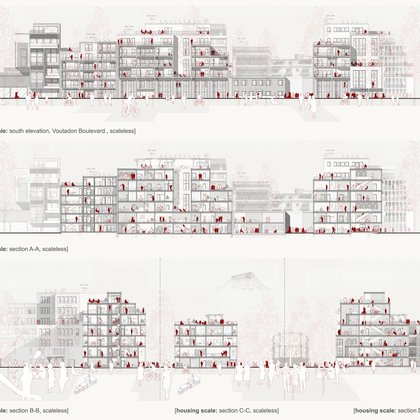 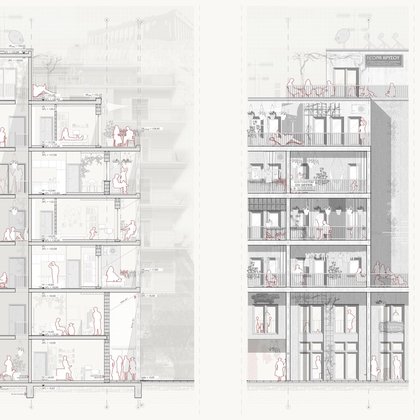 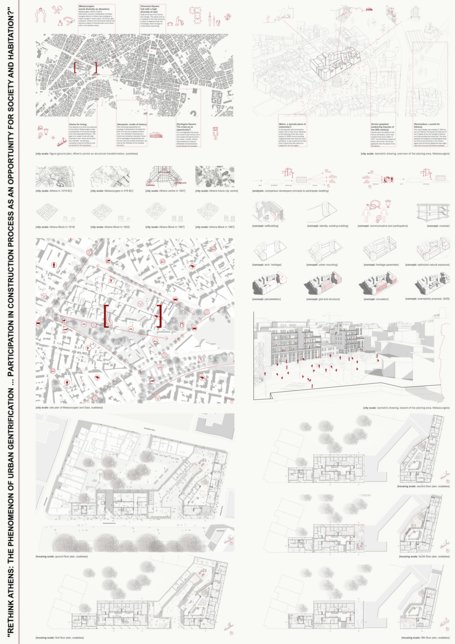 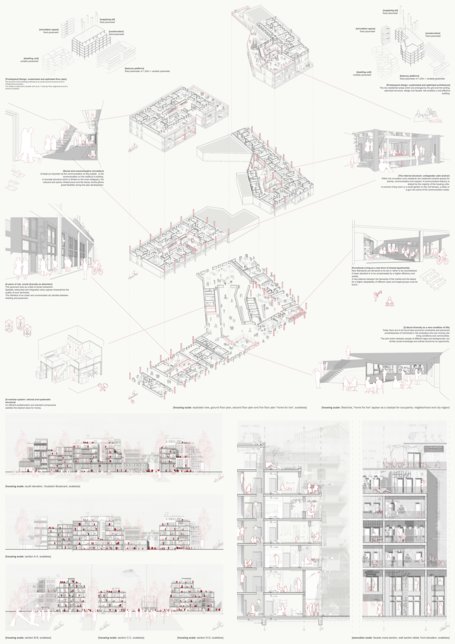