by Julien Nolin from The Royal Danish Academy of Fine Arts, School of Architecture, Design and Conservation, Denmark
Tutored by: Jakob Knudsen 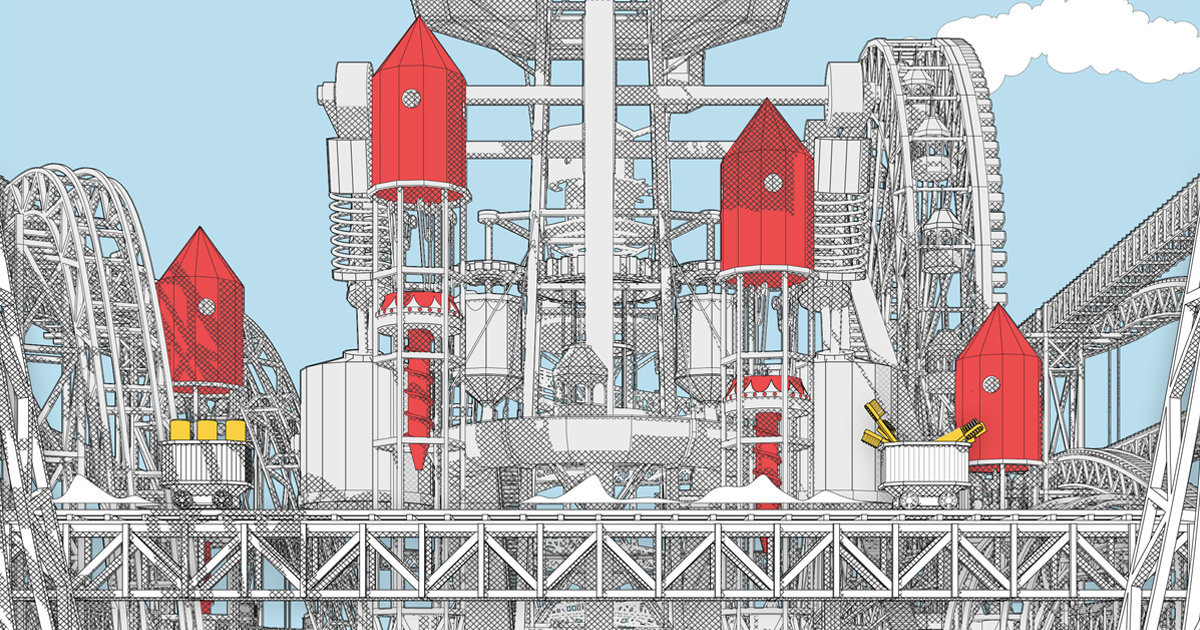 "Come experience the Amazon without going into the Amazon!”

Amazonia Pier is a phantasmagorical critique of the industrial presence of Free Trade Zones, the result of globalisation, where large foreign industries take advantage of cheap taxes and even cheaper labor costs to produce their goods, by placing their factories in less wealthy countries and cities such as Manaus, Brazil in this case. In the process of displacing factories to far away places, the consumer is even further removed from the product and its production process.

This new industrial park challenges the relationship of the consumer versus the consumed and intertwines the former into the latter's production process, hybridizing the mechanical manufacturing processes of industry with the mechanics of amusement rides, juxtaposing themes of consumerism, manufacturing, tourism, and pleasure. In this industrial park, the patron becomes an essential part, even a dependent one, of the manufacturing process while riding the attractions of the park.

The narrative of the goods being produced and that of the patron/producer are intertwined, challenging the two’s relationship to each other during the making process but also during that of consumption. In that sense, Amazonia Pier not only critiques large industry and the role it plays in foreign places, but also the role the consumer has in the same spectacle of consumption.

The project addresses relationships between economic patterns and urban form. The new pier in the words of the candidate ‘is a phantasmagorical critique of the globalisation processes’. This political statement takes form in a hybrid structure presented through a series of emotive drawings, intertwining consumers, tourists and manufacturing in a single location. 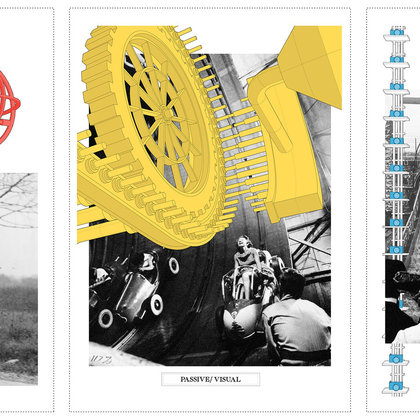 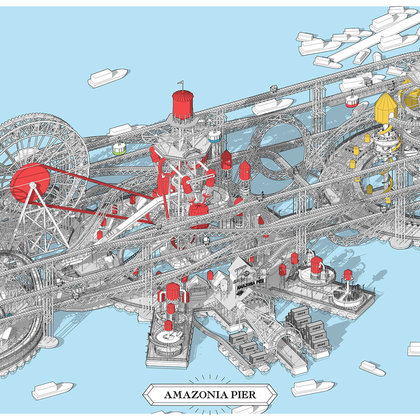 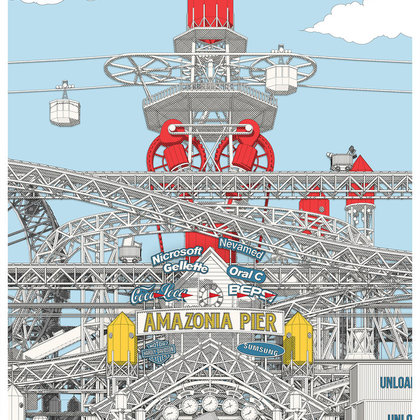 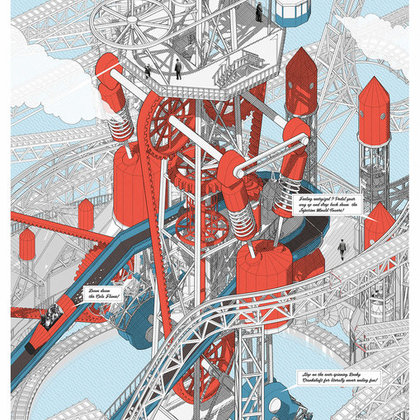 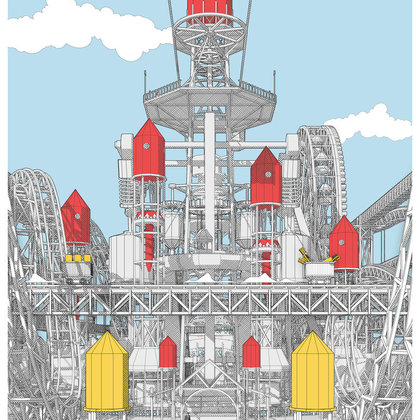 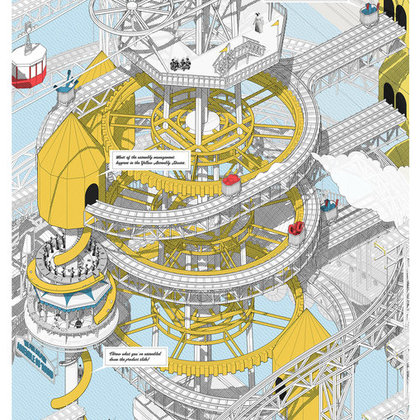 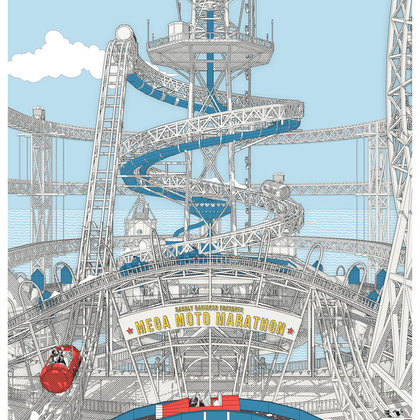 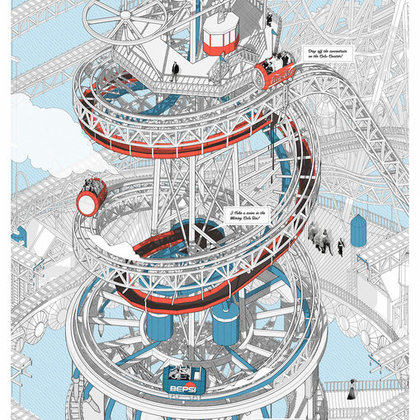 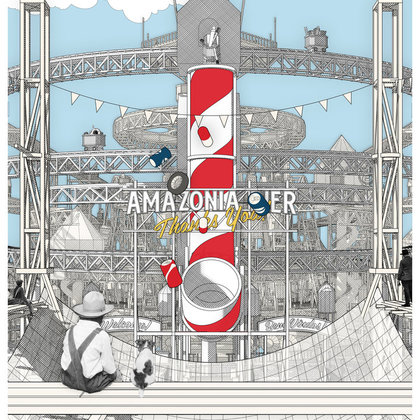 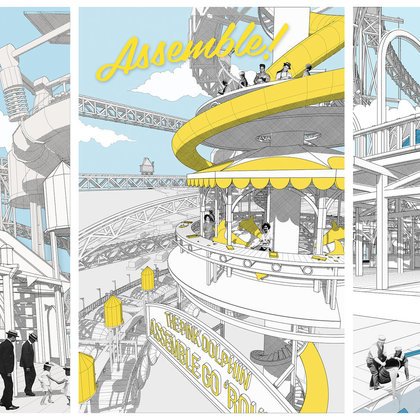 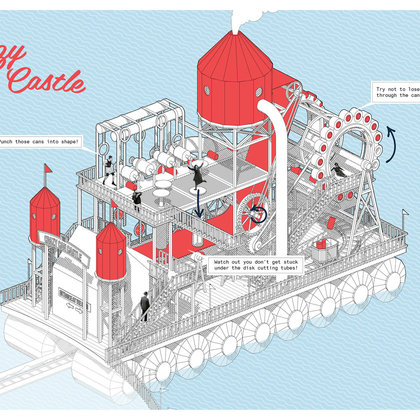 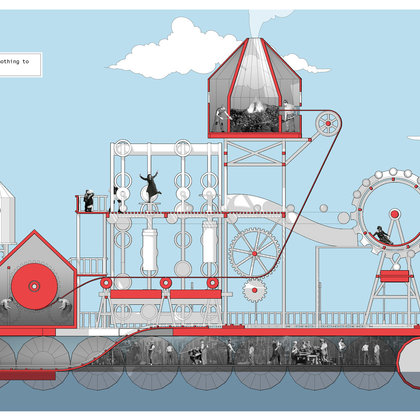 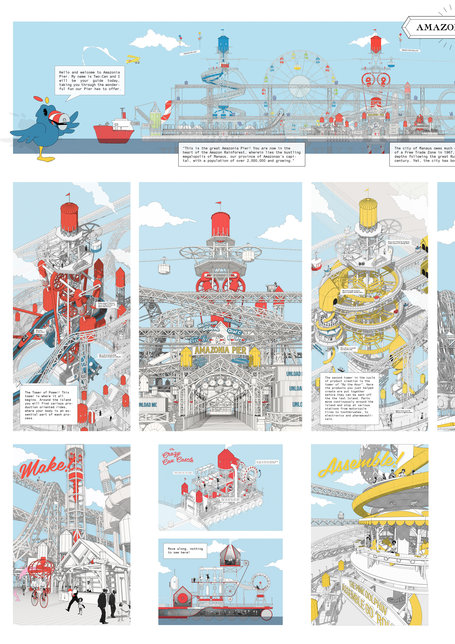 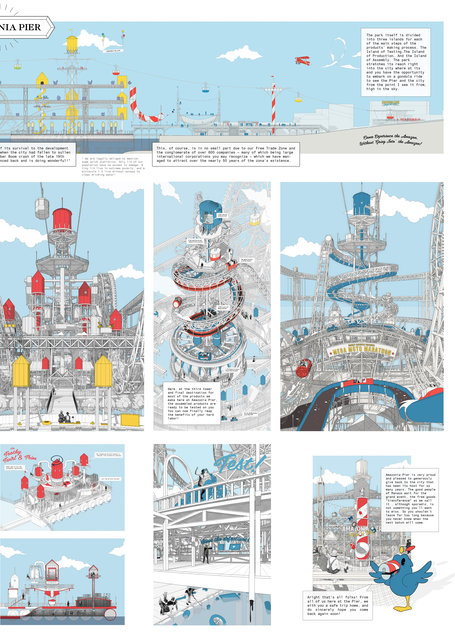