by Vladimir Sergeev from Institute of Architecture and Planning, University of Liechtenstein, Liechtenstein
Tutored by: Peter Staub, Georgia Papathanasiou 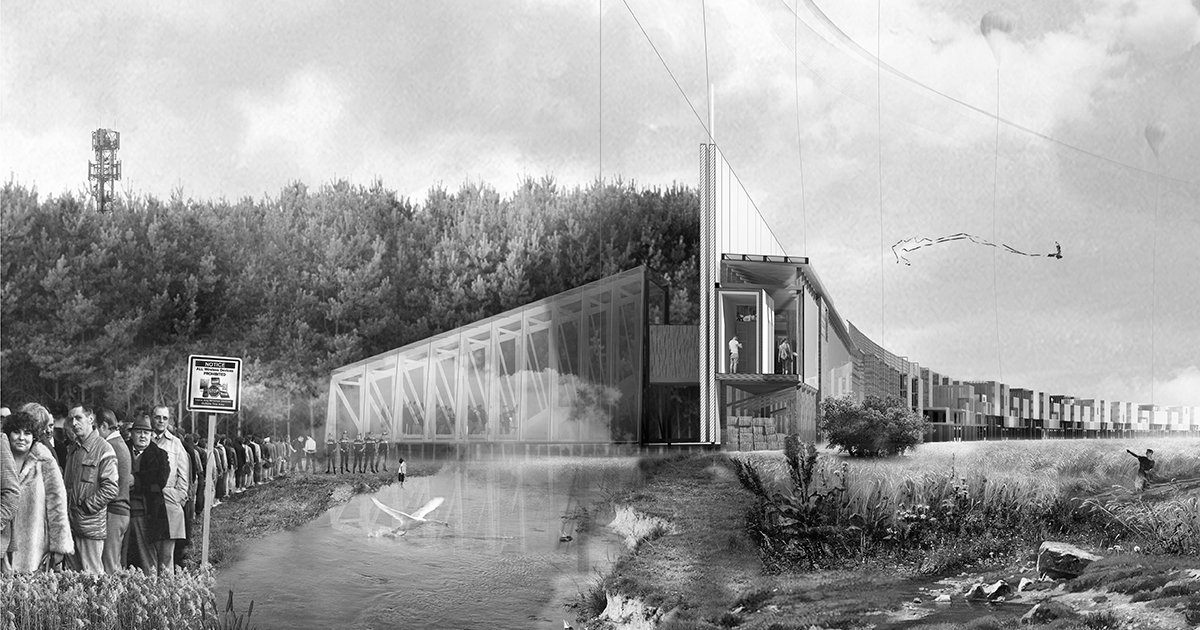 In 2011 the International Agency of Research on Cancer has identified electromagnetic fields as possibly carcinogenic for people, however solutions for its limitation have not yet been developed. Nowadays we see a rising number of people suffering from a new disease called Electromagnetic Hypersensitivity Syndrome, also known as EHS.
The former Radio Kootwijk park, situated near Apeldoorn, the Netherlands, was built in 1923 to establish a wireless connection to the Dutch colonies in Indonesia. With the invention of satellites it lost its importance. A mapping of the sources of electromagnetic pollution situated on the investigation site and its surroundings showed that the site itself is free of such sort of sources. Moreover the territory of the Radio Kootwijk and neighbouring Grand Veluwe National Park is one of the least polluted area in the entire Netherlands. These findings helped to reveal its hidden potentials, and build up a coherent story for the possible future of the radio park. The current project develops a new type of Electromagnetic Fields Free community within the boundaries of the former Radio Kootwijk. A habitable wall repeats the shape of the opening in the forest, which was created to host a transmission antenna. The wall encloses and marks a “safe” space within. This spatial organization offers a restful garden for private and communal uses inside and production spaces outside. The community design aims for a new level of sufficiency, and tries to prove that it is possible to live enjoying a moderate level of comfort without a strong dependency on electricity and wireless technologies. 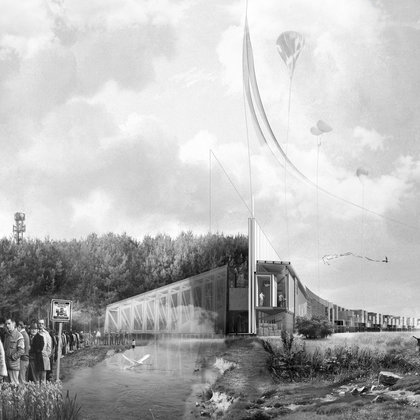 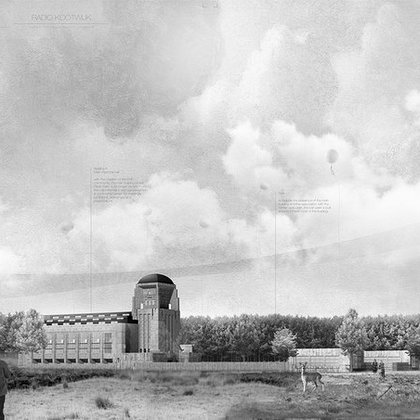 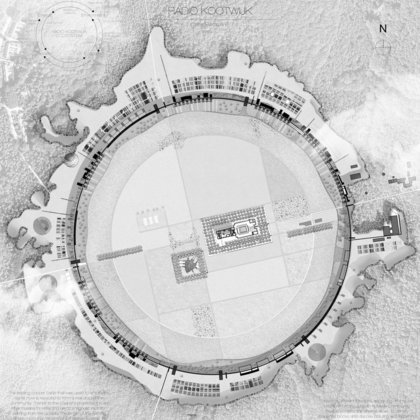 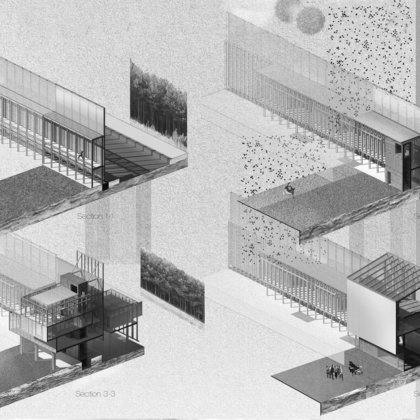 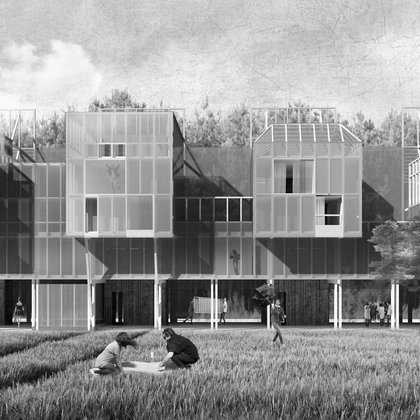 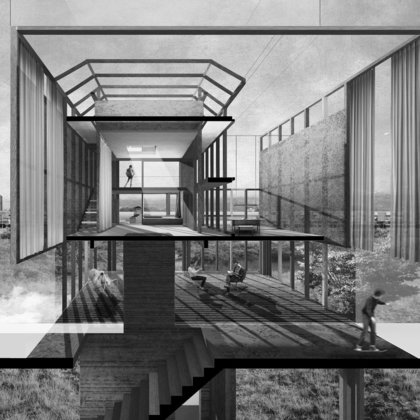 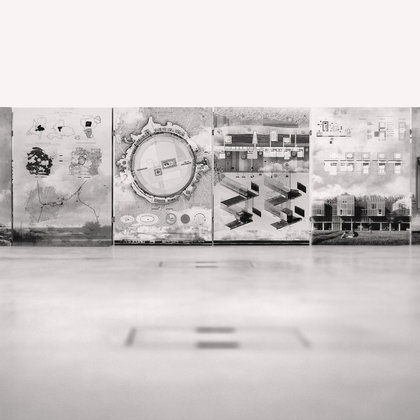 Atlas of production side one 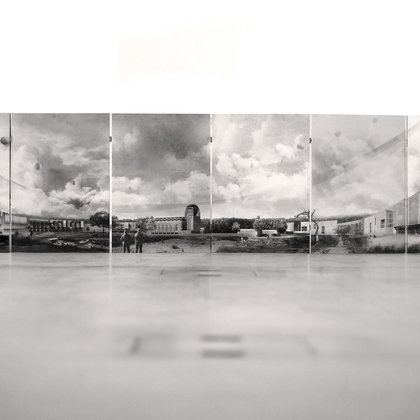 Atlas of production side two 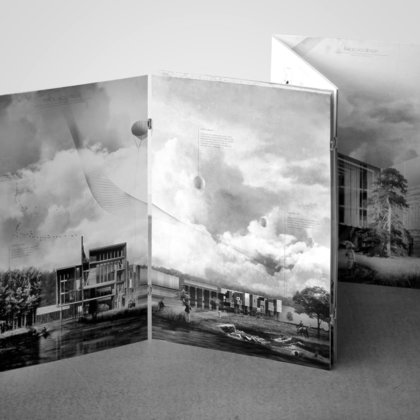 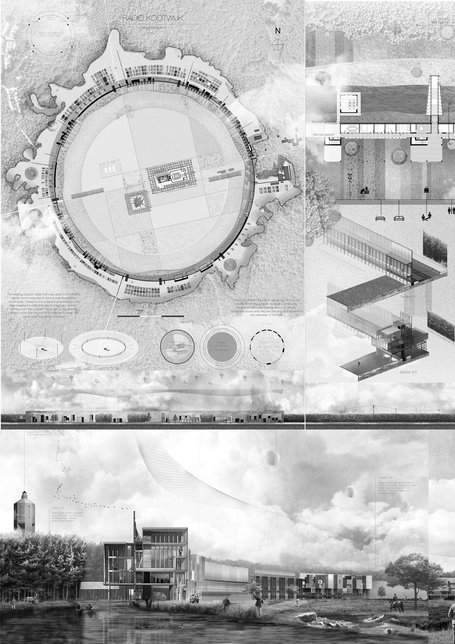 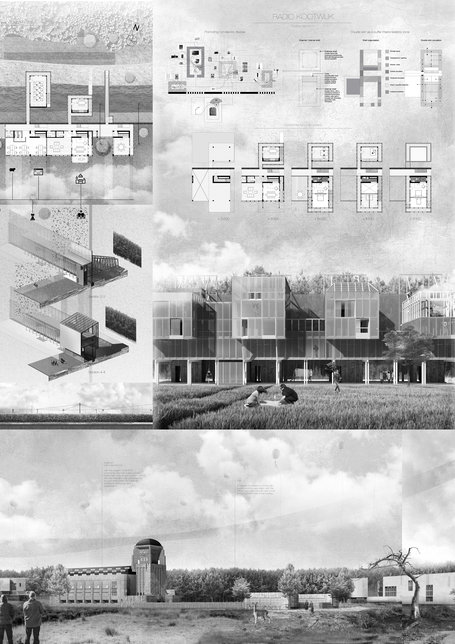