by Davide Lucia from University of Florence, Italy
Tutored by: Michelangelo Pivetta 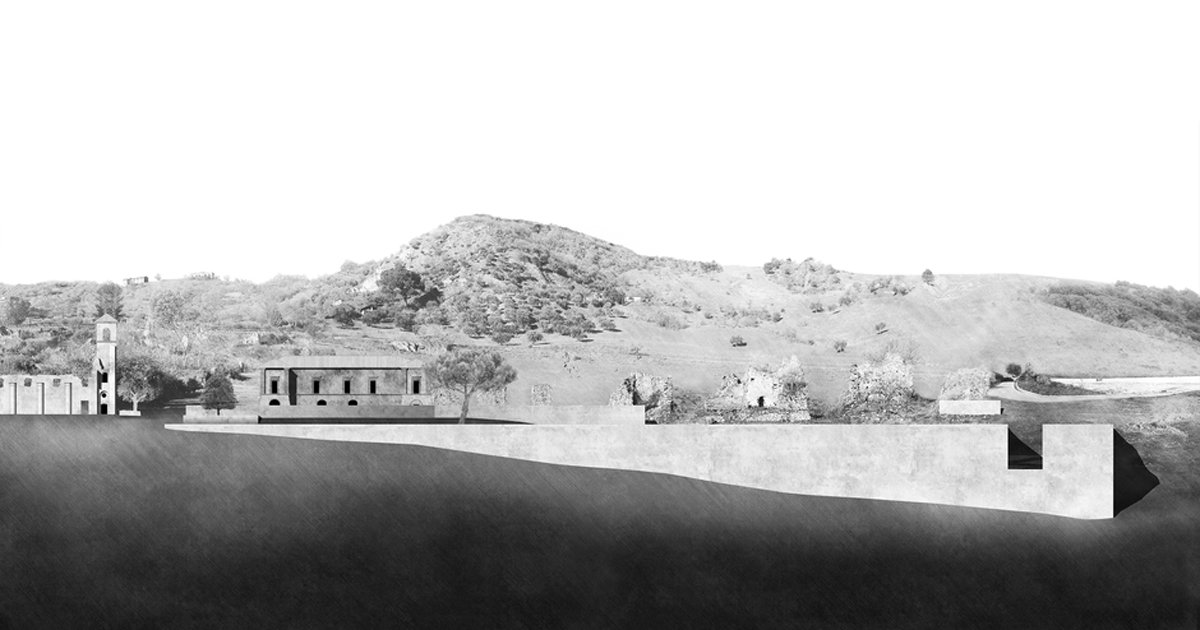 The research project begins with the historical urban city of Campomaggiore Vecchio, also known as Utopian City. It was built in the eighteenth century by Patturelli to please an illuminist count, according to the socialist principles of illuministic urbanism. The project wants to complete an urban design, failed in the past due to the sudden landslide that destroyed the city, developing itself as an underground’s path that arrives to the surface, from the subsoil.

It originates from the city’ruins and includes different parts of the city such as the Palazzo Baronale (now in ruins), already provided in a municipal plan of museum display. The museum appears like an anthropological journey that tells the story of the Southern Italy, in a specific historical period: the Italian Unification.

Architecture is the source of civilization and a tool of awareness of the people. It was not so, it would not be architecture but only construction.
To glimpse a possibility of emancipation on the remote mountains slopes of the of southern Italy is in itself the proof of sagacity and intelligent desire for knowledge.
The graduation project in Campomaggiore is that: the will of a young man who looks at the world of Architecture to look beyond historicism and perversions of a vulgar partisan culture to propose a renewed idea of its land, finally considered worthy of aspire to beauty and to the right. Architecture is research, language and in the folds of these mountains, the design of a Italian building, for Italy and Europe, of which Italy is one of the historical culture pillars is a burden of proof, a icon of possible where everything seems rather impossible.
The value of this work is the demonstration of the acquisition of a new collective consciousness, of which the architect, the greatest interpreter in the history of his people, must be a brave interpreter.
Preexistence, geometry, composition, excavation, expressivity of the unspoken form, symbol, are some of this project keywords.
A proposed symbol for the rebirth of his land through a uncritical musealization of its history and, perhaps, an example for Europe to assume a new collective consciousness. 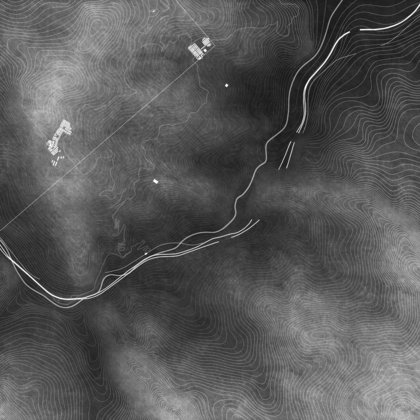 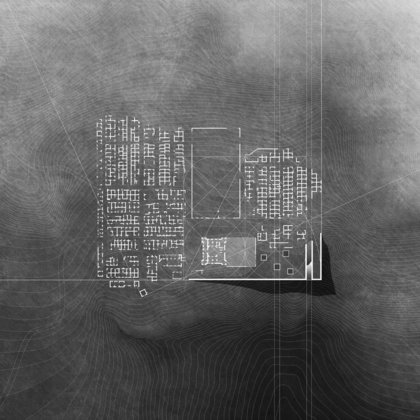 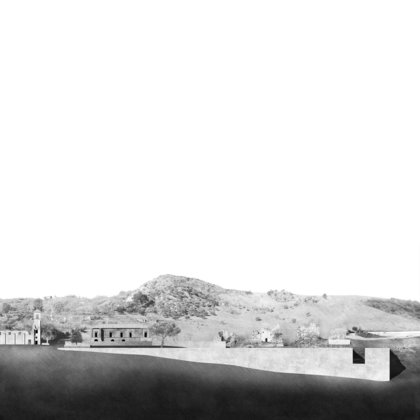 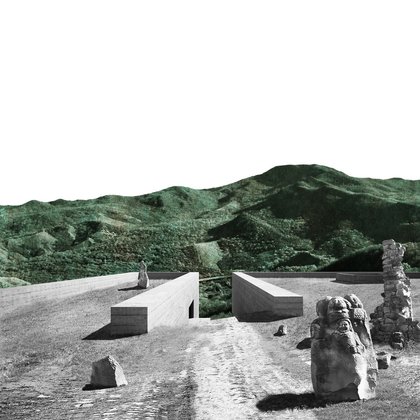 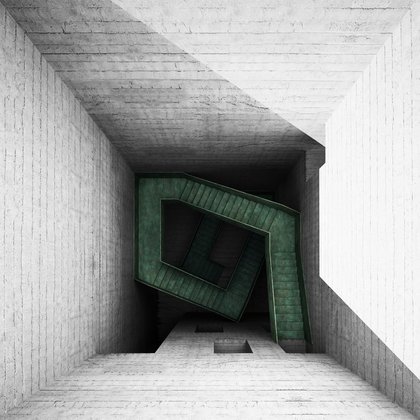 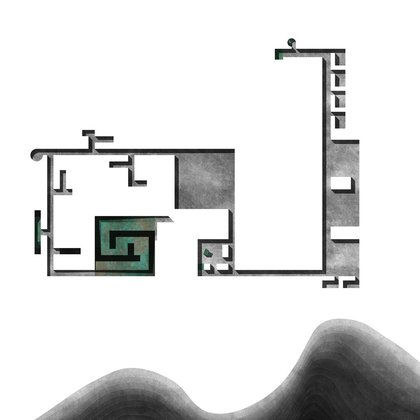 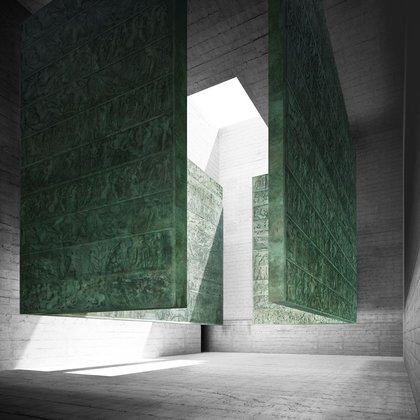 Room of the Memory_The first room 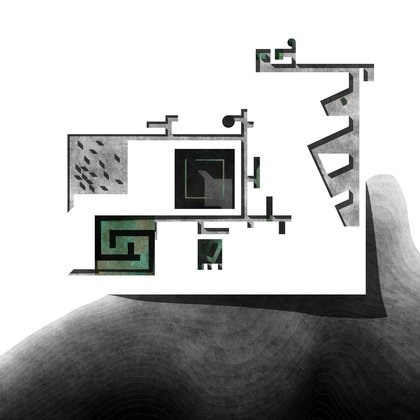 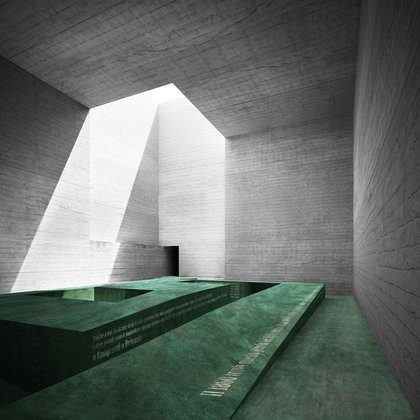 Room of the Ideals_The second room 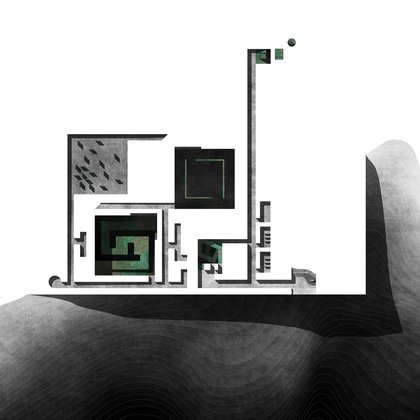 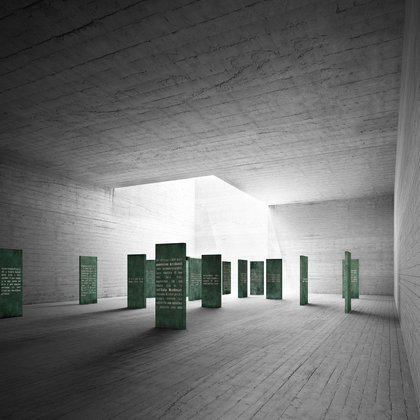 Room of the Men_The third room 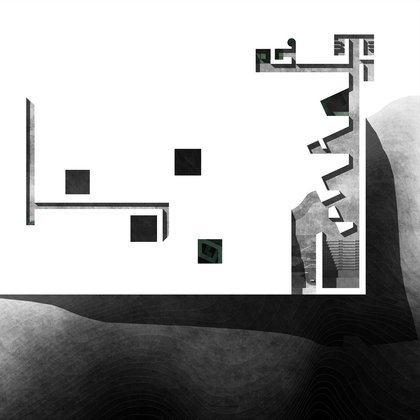 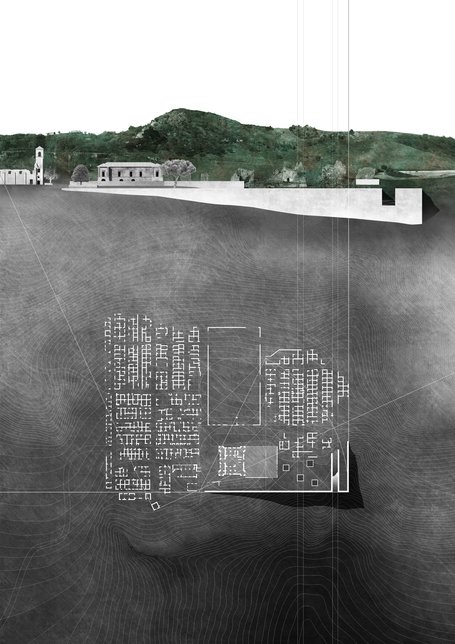 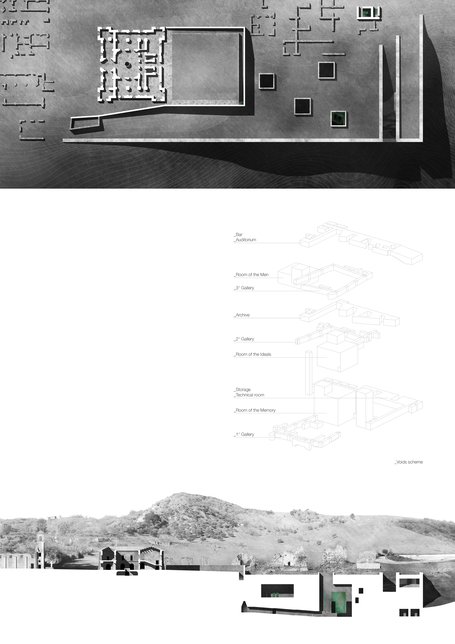