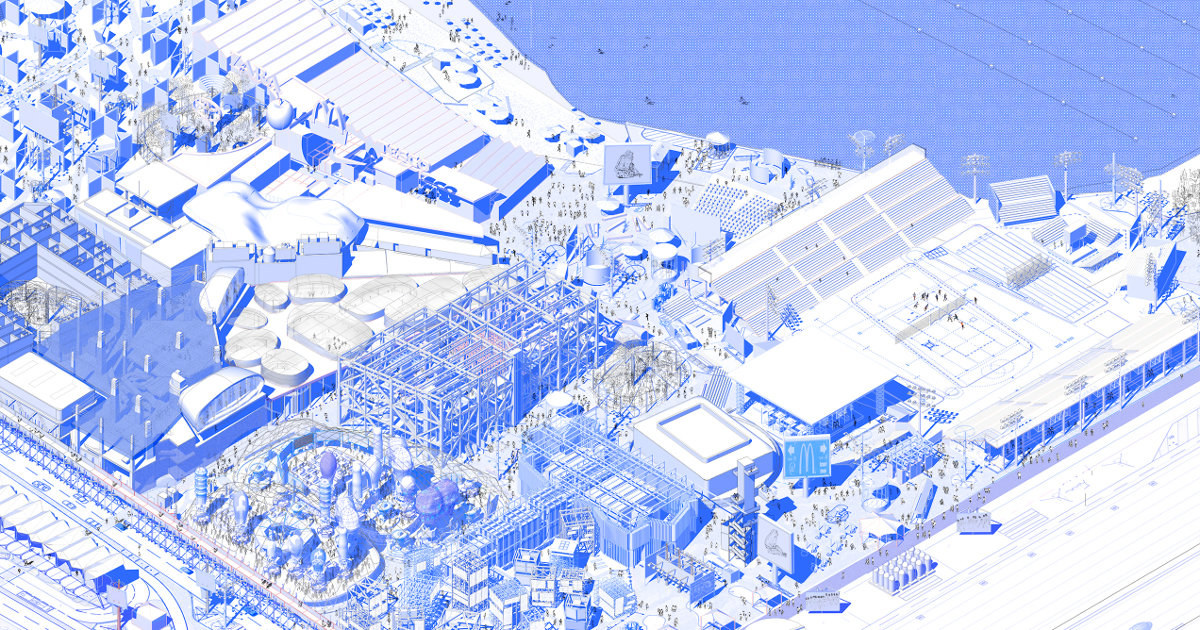 Placing ourselves on the last physical border within EU "La Verja" between Spain and England. This fence, generates and hides a parallel reality of intra-border flows and protects some while harming others. Found and classified the obstacles, the search begins for elements and tools with which to intervene in that reality. Using border strategies learned in solving other conflicts. The challenge is to carry out these interventions without breaching existing agreements and norms, modifying the situation through different tactics. The Gibraltar airstrip is a power infrastructure the Real Border. This airstrip is duplicated on the Spanish side, recovering the memories of the future to overcome the obstacle and provoking the interstitial expansion of the gate, which opens a window augmented reality where to visualize intra-frontier relations. The fence is deactivated, now the flows appear and acquire dimension. The normative shock forces the change and adaptation of the codes. We try to find a border model capable of showing everything that happens inside, adapt the border to the user and generate a new border space in Anomie. How do we show what really happens? Through architecture and strategic planning and adapted to the encounters and contradictions generated by “La Verja”. Using compositional standards studied from different fields. Architecture is used as a communication tool between these fields to show: information, regulations, identities, cultures, economic models. The architect connects the different samples in their levels and layers, to generate non-visible or new relationships between the parties.

Border Anomie is a manifesto against borders.
Borders as delimiters of sovereignties hide contradictions and make invisible struggles of the day to day. The fence builds the physicality of the border and stands in the architecture of the conflict reinforcing the policies of separation that usually only benefit to large companies or illegal business. The gate that separates Spain from Gibraltar is the last one within European territory, and with an antiquity of almost two centuries has consolidated its own inconsistencies. It is these inconsistencies that are used in the Border Anomie project as tools to defuse conflict. First they are detected, then they are visualized to emphasize the absurd and finally it acts from the humor and the irony like antidote for the pacification.
If Winston Churchill, familiar with popular beliefs that Gibraltar will only cease to be British on the day that the monkeys disappear from there, in World War II ordered to repopulate to consolidate its position in the territory when there were only four of these animals. Why not using the same strategies to reverse the trajectory and dissolve the border? 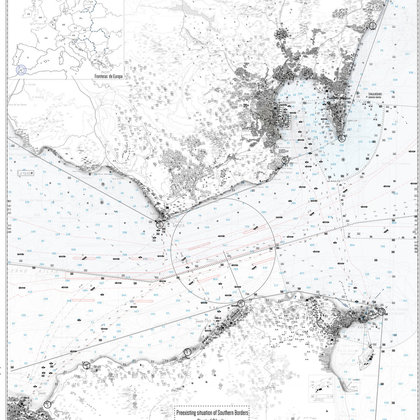 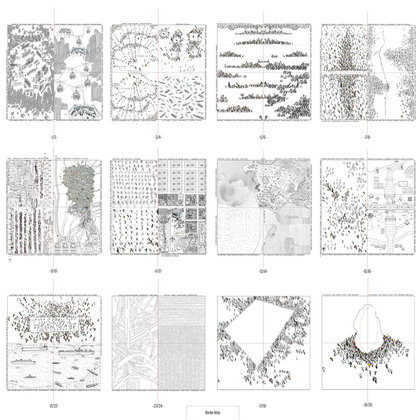 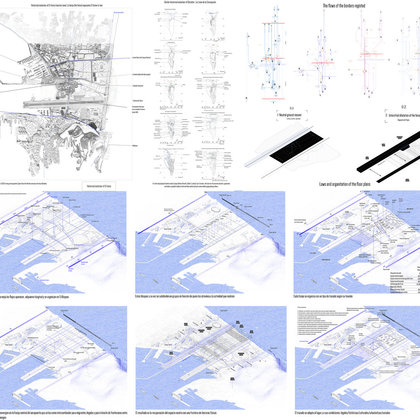 We design a protocol to get immersed in this border in order to visualize, unravel, deactivate and m 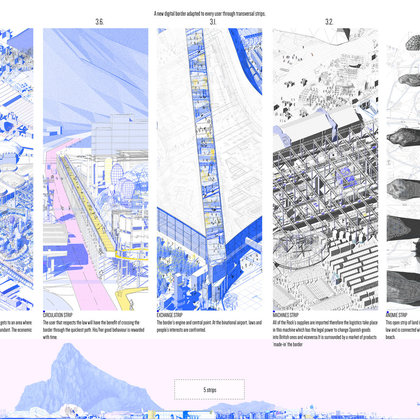 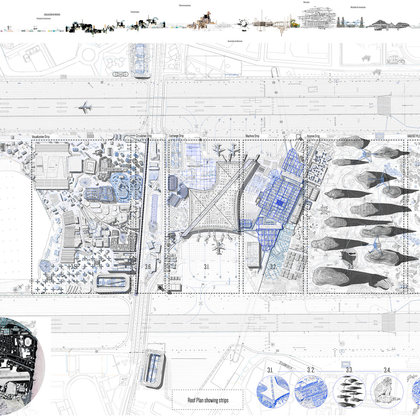 Five strips for a border anomie 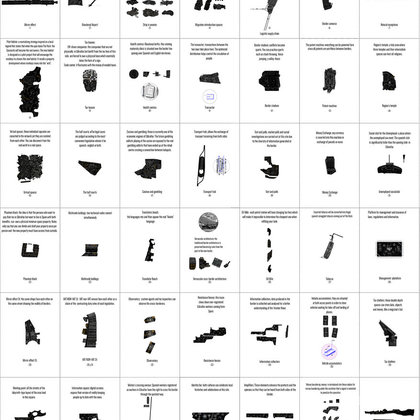 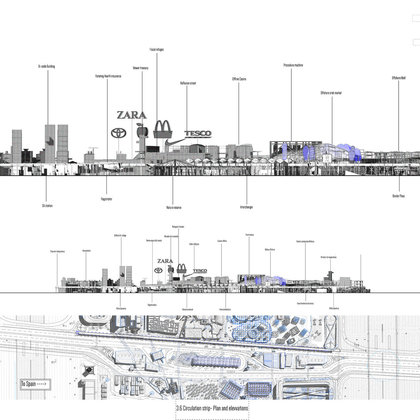 CIRCULATION STRIP The user that respects the law will have the benefit. 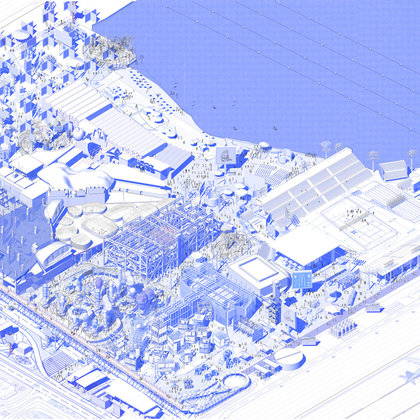 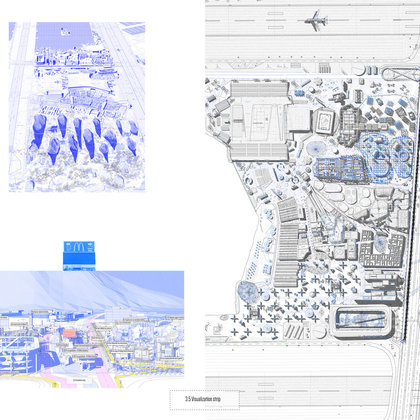 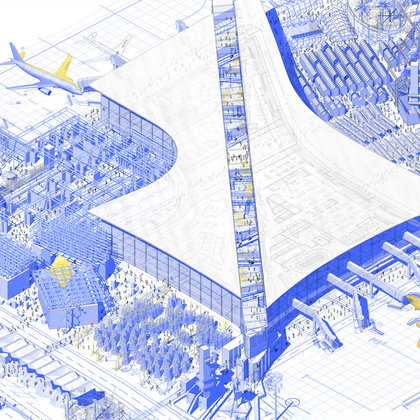 EXCHANGE STRIP The border’s engine and central point. At the binational airport. 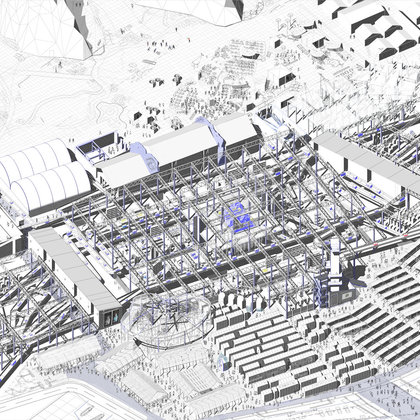 MACHINES STRIP All of the Rock’s supplies are imported therefore the logistics take place here. 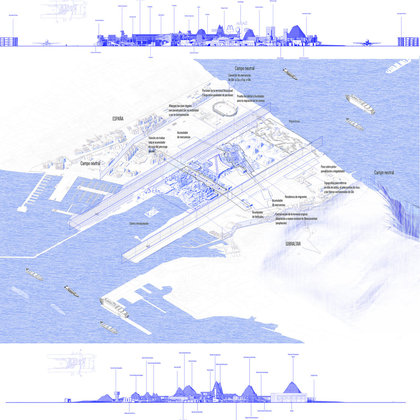 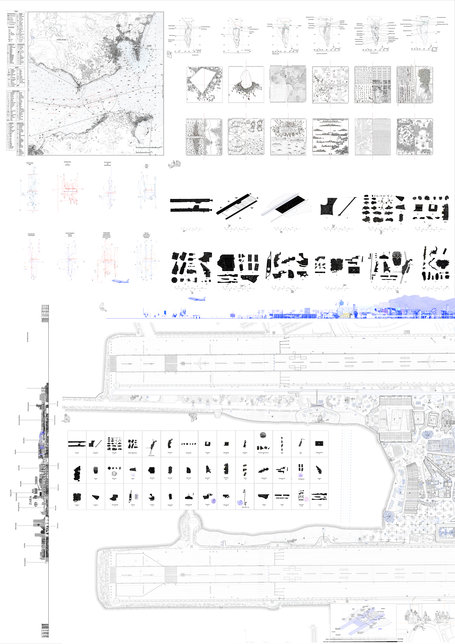 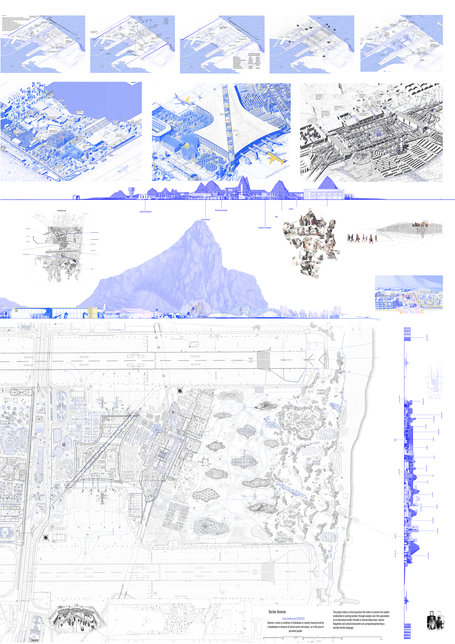