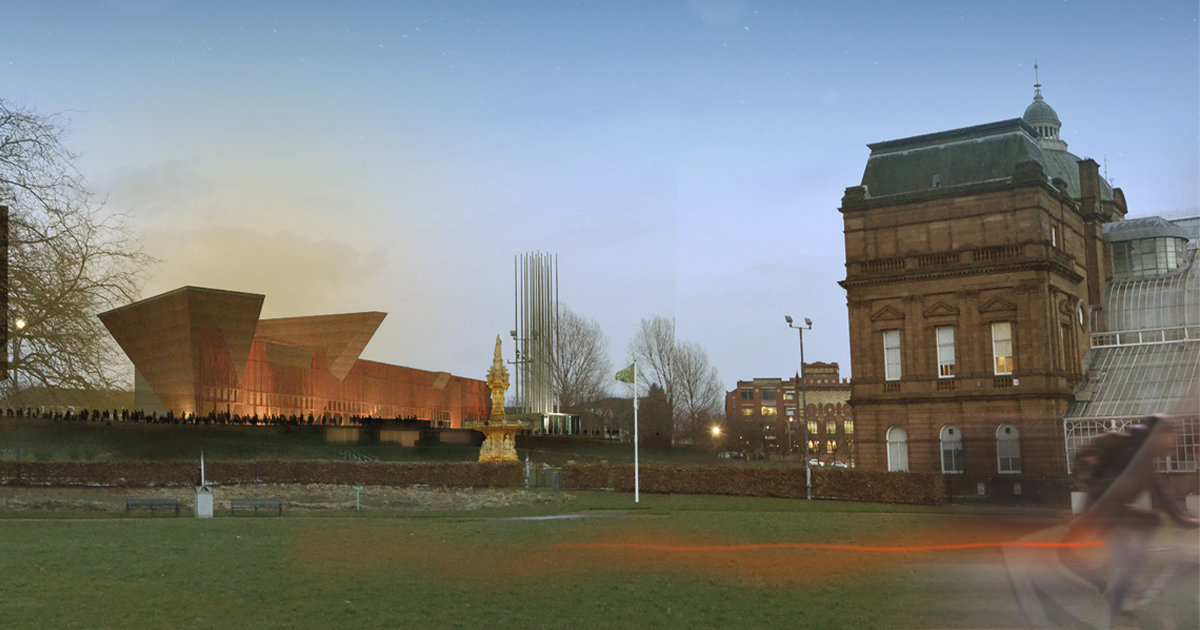 After the submission of Article 50 to the European Union, The United Kingdom faces the fear of devolution. The scenario for this project refers to the post-independent Scotland and how we can construct a government based on the idea of a direct democracy.

The project focuses on the year 2042 and the 12 ministries that are proposed around the 10 different regions in Scotland together with regional parliaments. In Glasgow, proposed the establishment of the Ministry of Education which will work in tandem with the Scottish Youth Parliament.

Glasgow Green, which is one of the most deprived areas in Glasgow, is suggested as a site for such a building. The proposed Scottish Youth Parliament is not only a mechanism which creates pressure for the Ministry of Education and the Government, but also provides ideas and solutions for the future generations of youth.

Reconstructing the outdated Victorian Electoral System with the ideas of a direct democracy and creating a weaving space to entwine the imagination of the youth generation and engage them in the decision-making process which will enable them create a sustainable, robust future for change in the democracy of Scotland and the UK as a whole.

The idea for the Scottish youth parliament and its upside down pyramids is taken from the need to reverse the political hierarchy of this society, and also from the carpet weaving history involved in the area incorporating the triangular shapes that the traditional weaving loom creates.

The project is a scenario for 2042, based on a fear of devolution of the United Kingdom after the submission of Article 50 of the European Union. The author imagines a new building - a Scottish Youth Parliament like 'a mechanism which creates pressure for the Ministry of Education and the Government', and provides solutions for existing problems. The volumes successfully and suggestively create symbolical, upside-down pyramids that emphasize the need for a transformation of the social and political hierarchy, suggesting that 'the base' can be above 'the top'. 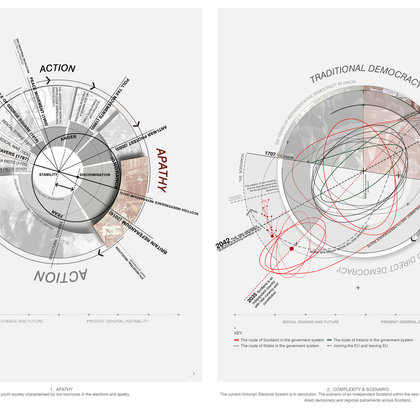 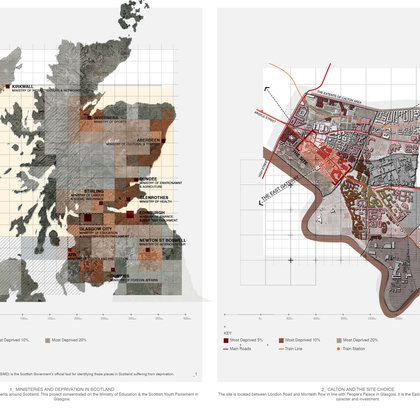 The 12 Ministries around Scotland and the case of Glasgow 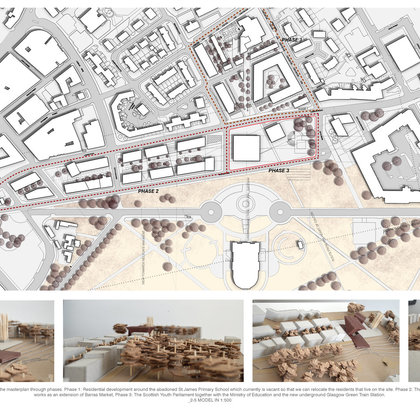 The Masterplan for the regeneration of Glasgow's East Gateway 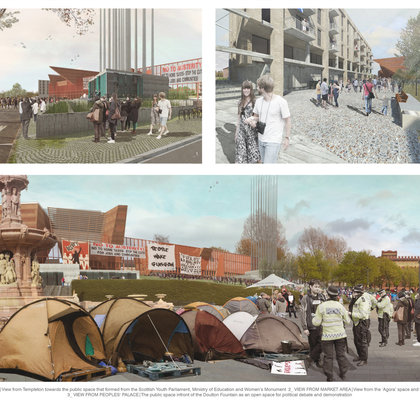 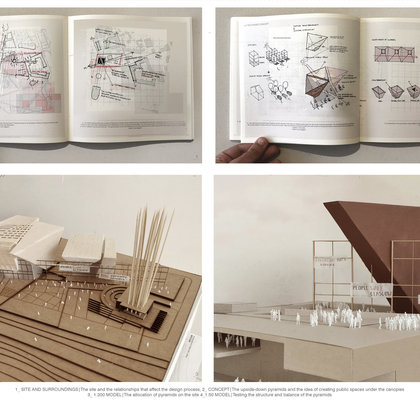 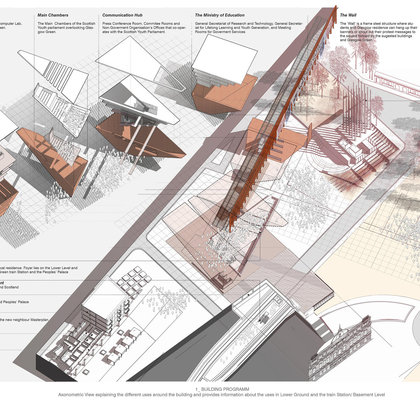 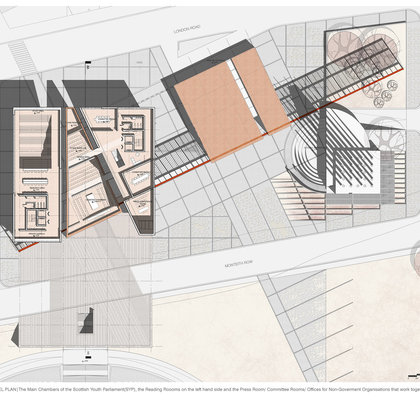 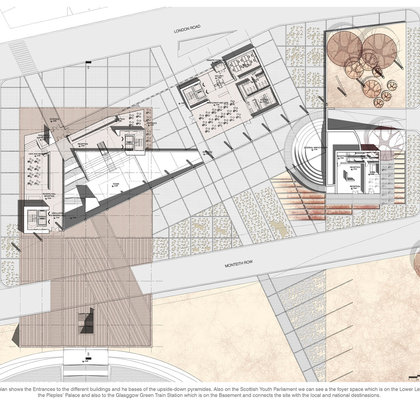 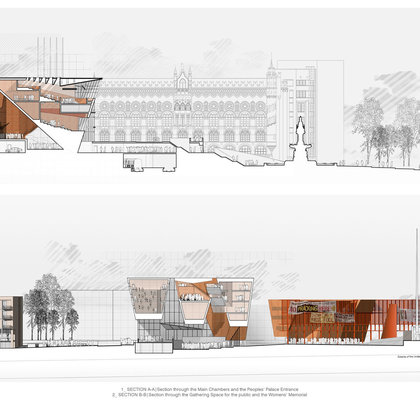 Cross Sections showing the relationship to the local historic context 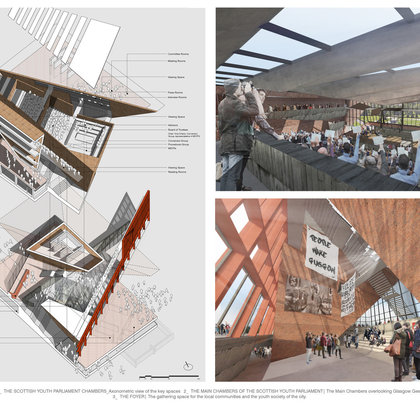 The Main Chambers and Foyer 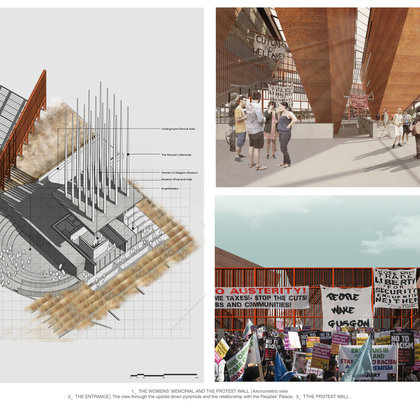 The Protest Wall through different perspectives 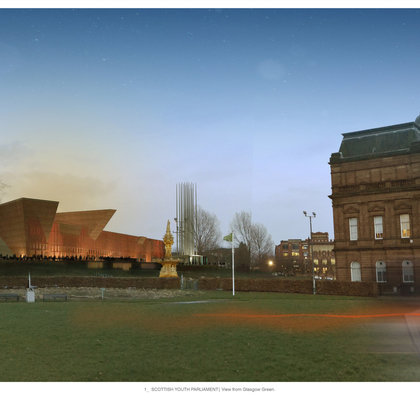 The Scottish Youth Parliament and the local historic context 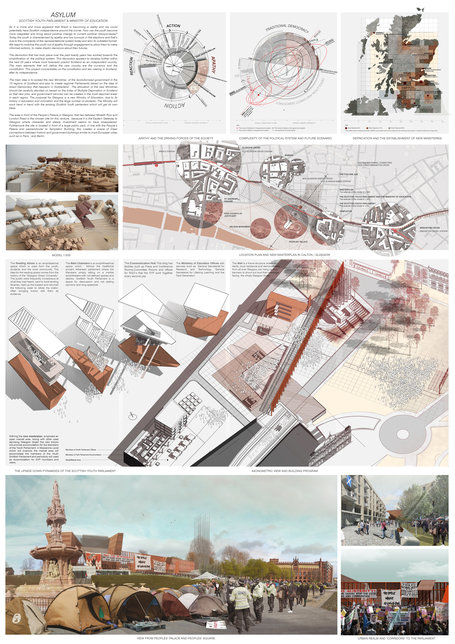 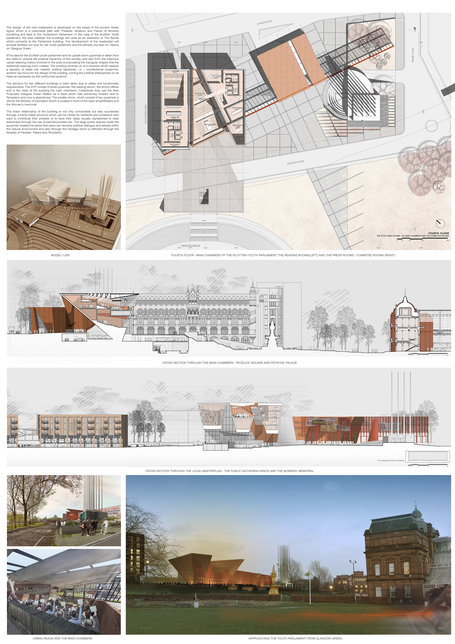