Benevolent Scarring: An exercise of social and physical palimpsest within a complex urban fabric. 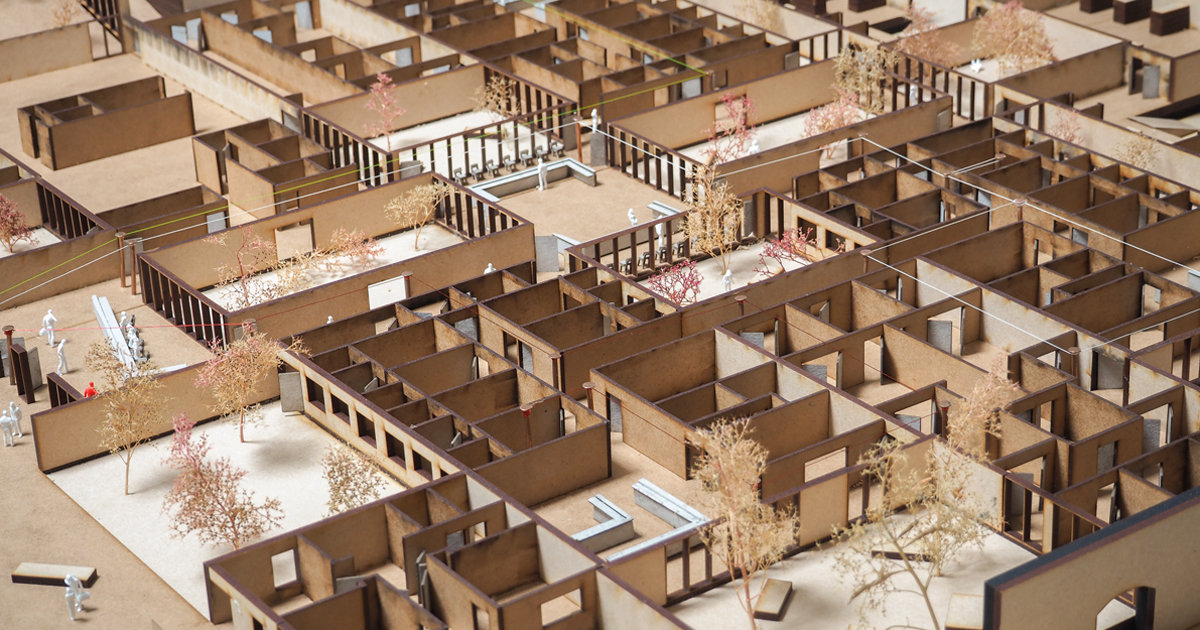 The project explores how a maternity hospital, a typology of structure often ignorant to its context, could engage with sensitivity and acknowledgement of the surrounding urban fabric, ultimately enhancing the dialogue between structure and user. Hospitals can lack personal connection to users, appearing as an institution or machine. The project engages with the concept of bringing a maternity hospital back to its very nature, back to the domestic, back to a personal human scale. The positive establishment and integration of new architectural expressions within the context, was aided by a deep understanding and a sense of place. Aspects of the sites former use as a gasworks was reinterpreted into elements of a new architectural expression, the sites history being addressed within the form and materiality of a new structure. Along with a physical palimpsest, a social palimpsest was created, a spectrum of different users engaging with the structure. The foremost spatial quality created was one of inclusiveness and accessibility a reflective solution to the civic reality of its context. The project can be described as a series of narratives, the stories of the individuals using the space, but also described as the narrative of a city, reflecting the materiality, spacial qualities and form of the city. The projects engagement aids the embodiment of the cultural collective of the location and helps strengthen its identity. A project of reflective presence within the public realm.

The thesis explores the history of a working class city, which while romantic in parts is deeply unsettled, where fragments of a grand history remain, raising the question to the role of these fragments within a new architecture and how to move forward. What makes the proposal unique is the scales at which it explores this through the lens of palimpsest. The student achieved a qualitative user experience through a series of courtyards, aiding navigation, while also giving a proximity to nature as an interior experience with the health and calming benefits that it entails. With the reinterpretation of the hospital mat typology, the student, expertly reworked it to make it function as a modern hospital with a very complex brief. The grid expresses the project architecturally as a series of smaller buildings, creating a striking contemporary language set against the traditional forms of the housing that surrounds. The reference to the language of domesticity in a place for the creation of life, we as critics thought this was a sophisticated response, both poetic and playful, equally contextual and contemporary. The thesis questions a true architectural idea on a series of scales. The project simultaneously explores its idea while keeping a critically objective view as a piece of architecture, creating beautiful spaces. The thesis explored contemporary theoretical themes and executed them in a very sophisticated building which in our minds is a beautiful and delicate project.

The jury considered the student’s proposal to provide a new ‘spatial quality of inclusiveness and accessibility’ to be very successful in showing how it is possible to think of a more human scale in the design of hospital architecture. 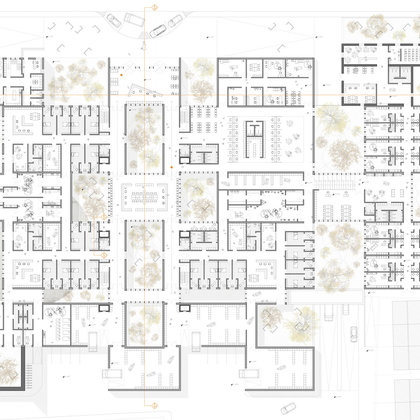 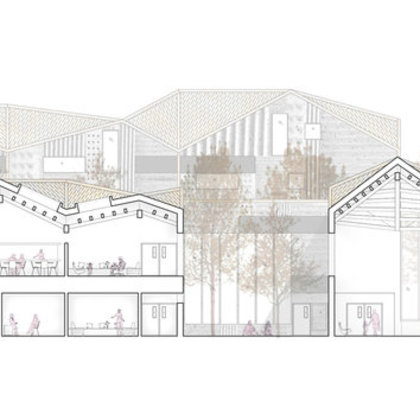 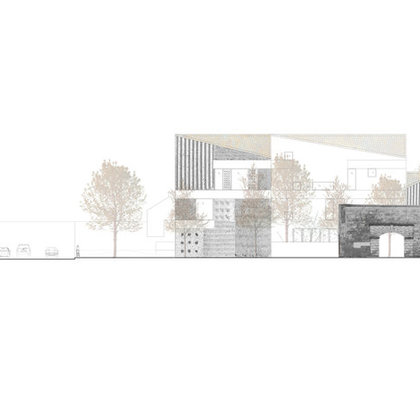 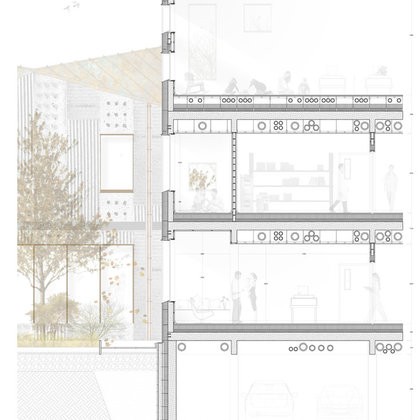 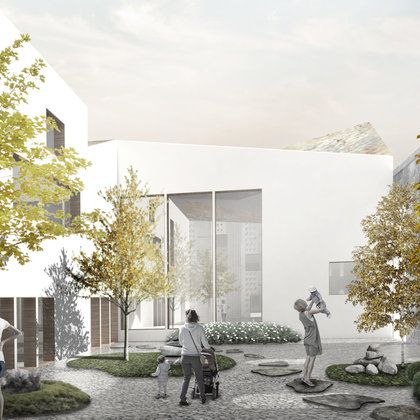 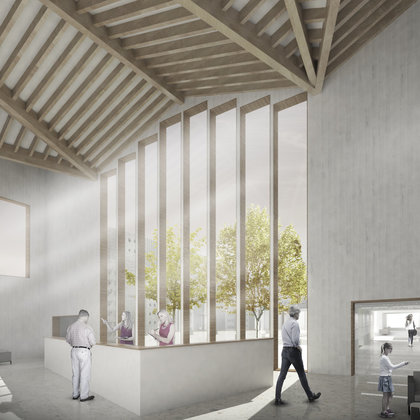 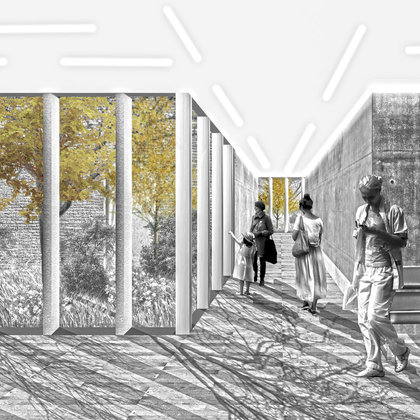 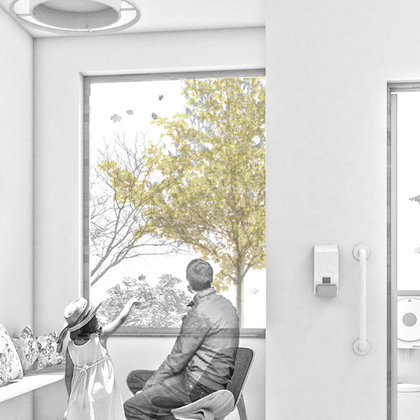 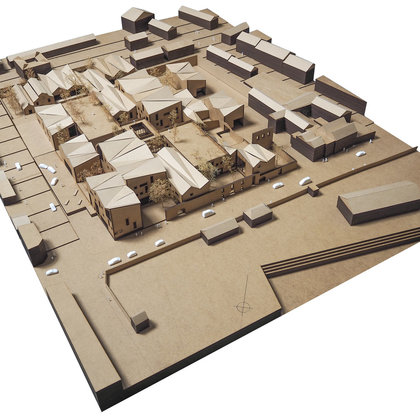 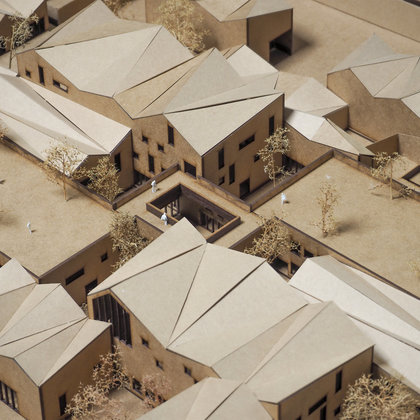 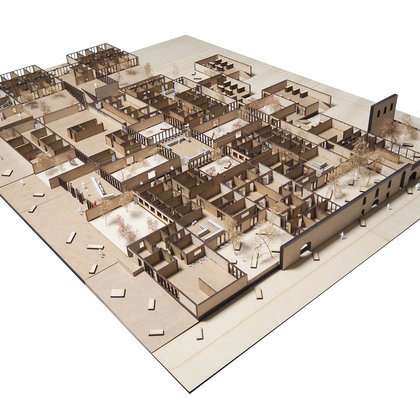 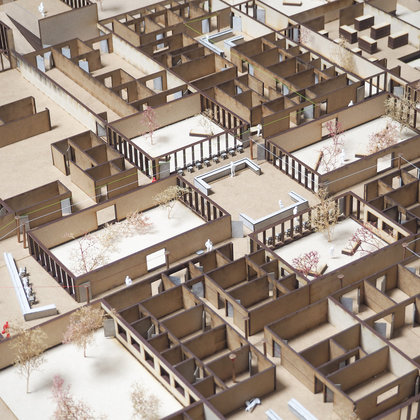 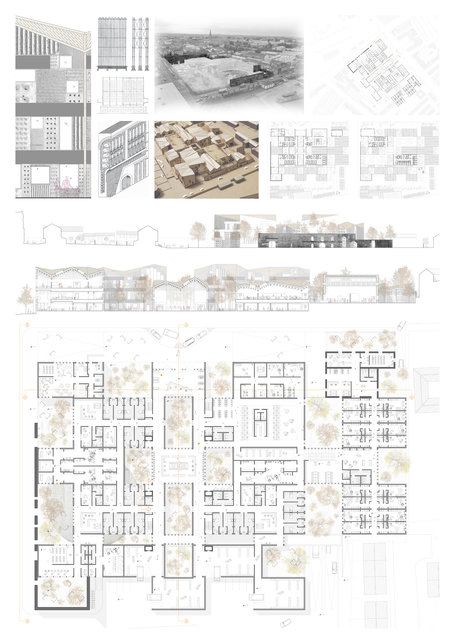 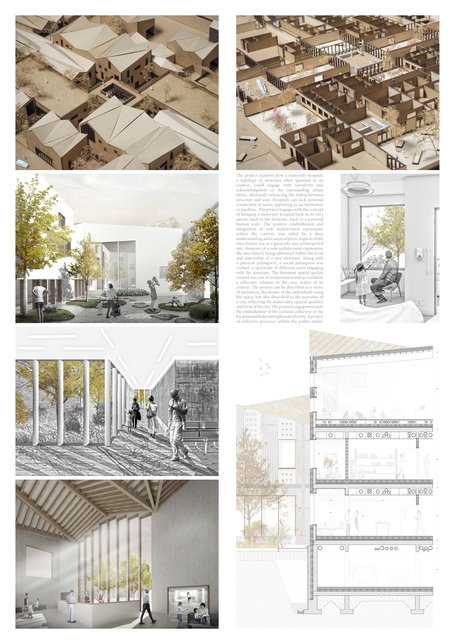