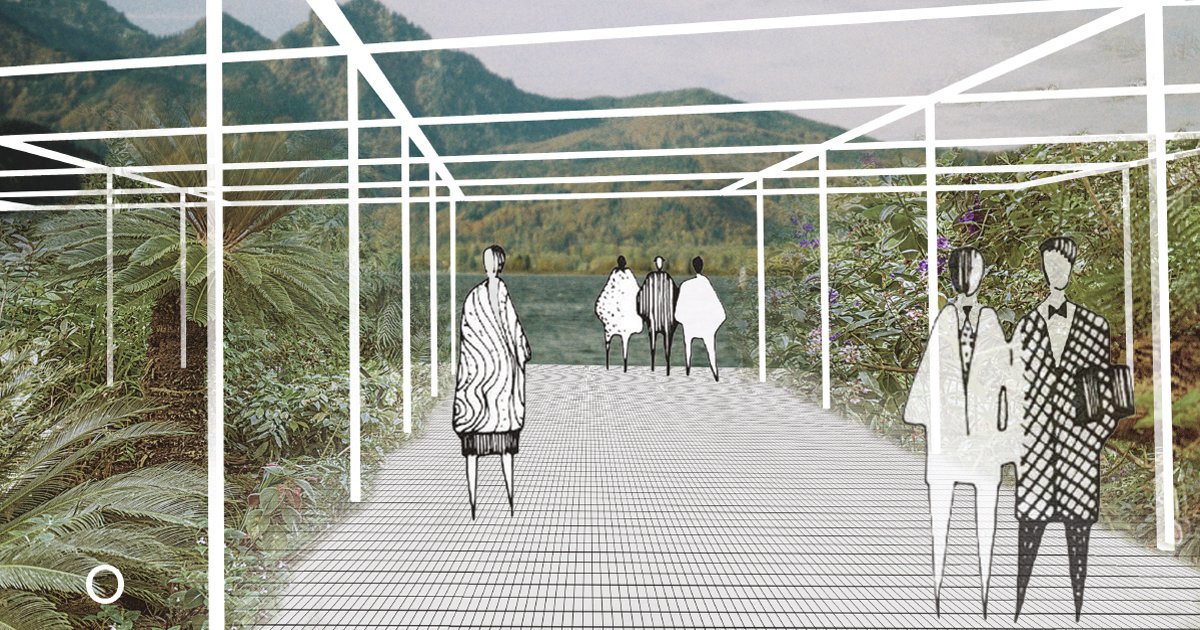 The design of „Hotel + L“ is located at the upper bavarian area of Kochel am See. Since being damaged by water and fire the existing buildings were vacant for years. The ensemble is now supposed to be replaced by a hotel complex with public partial use.
The property, located directly at the lakefront on the back of a hill´s crest opposite to one of the first big spurs of the alps. In intention to preserve and accentuate the historical platform reaching into the lake the public part of the new ensemble was placed directly at the foot of the hill, replacing an old breast wall. It is connected to the hotel, which seems to be hovering on top of the hill, and the underground parking via a belowground corridor.
The ground-floor contains a restaurant, under ground the spa was located. It is easily accessible from both hotel and restaurant and featuring a pool running beneath the historical platform straight into the lake. The rooftop offers an additional platform welcoming to stay and enjoy the beautiful view over the bavarian alps. Trough the corridor one first reaches the automatic garage and second the guesthouse via an elevator running through the pillar of the tower.
The hotel itself is reached by a street at the slope. The entrance is located in the southern facade and leads into the lobby. The building features a further, more private restaurant, a rooftop bar and a lounge in addition to the guest rooms in the upper floors. The bathrooms feature a bathtub facing the facade. 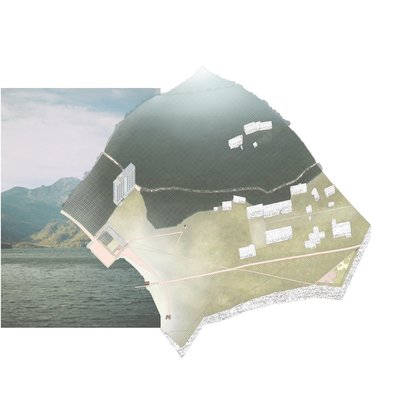 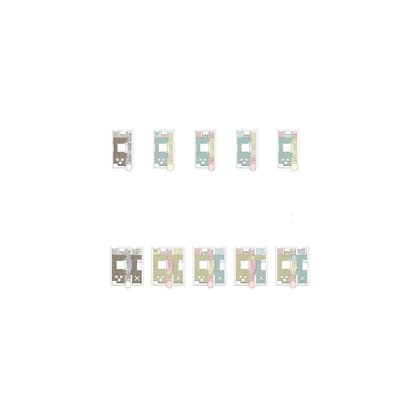 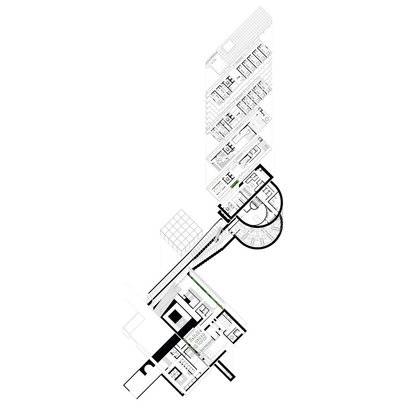 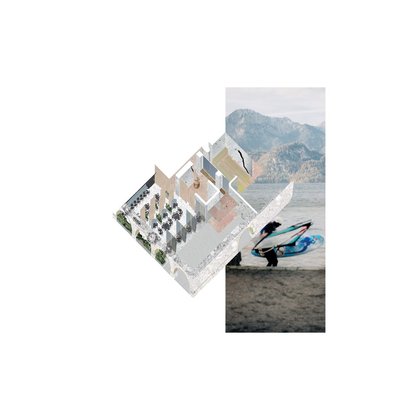 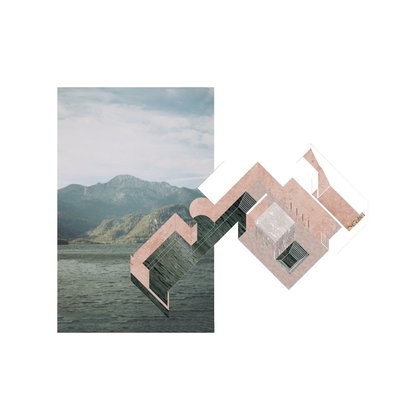 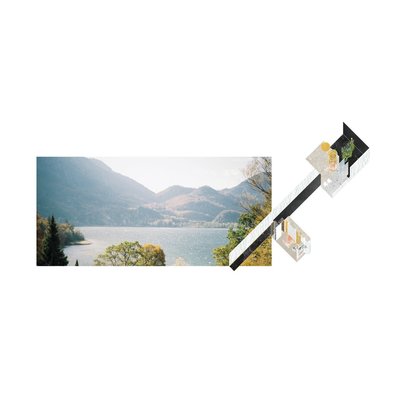 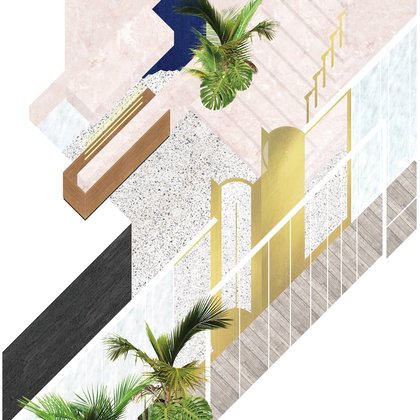 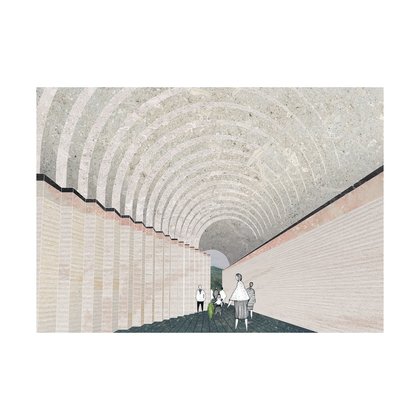 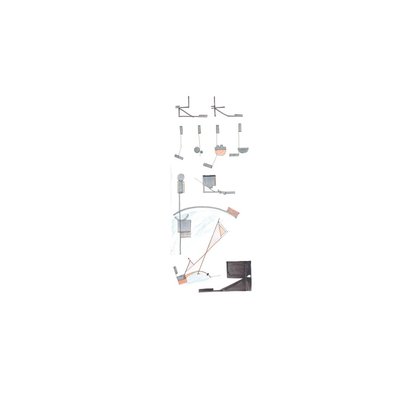 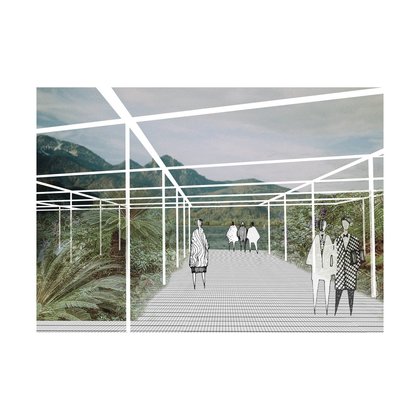 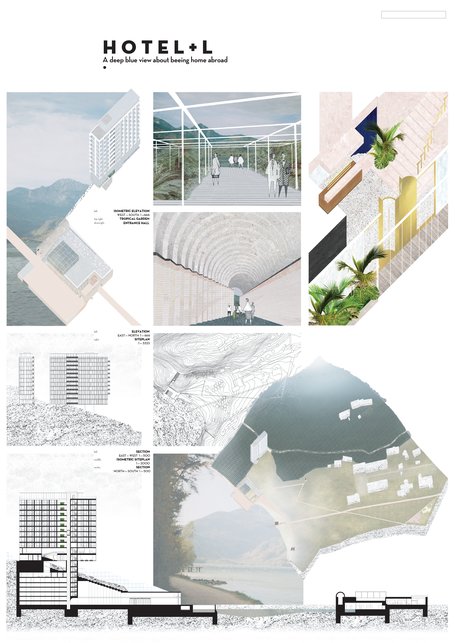 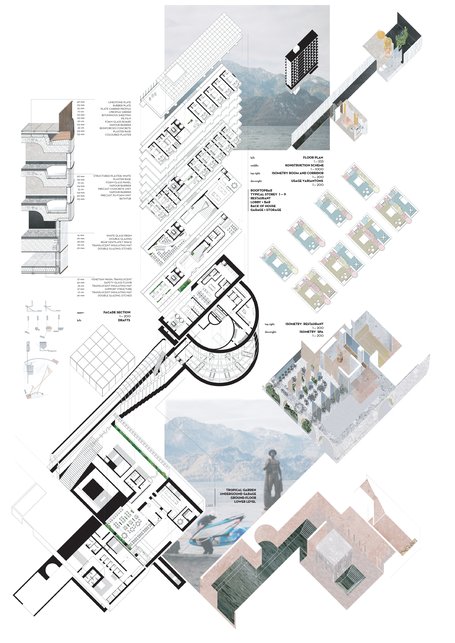