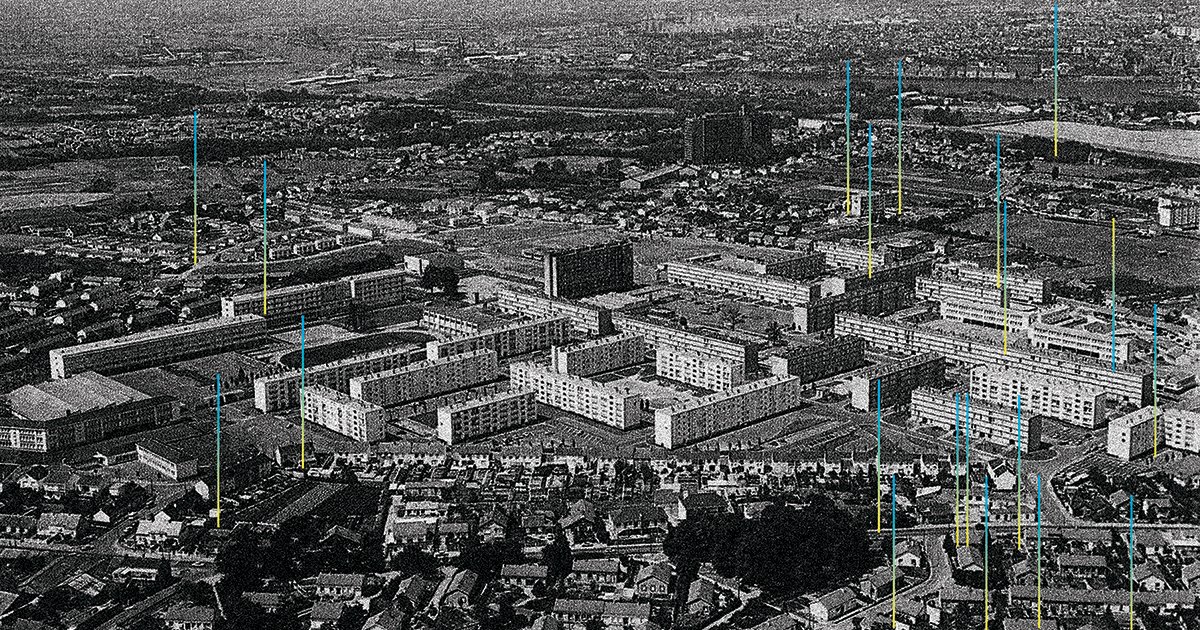 Would I feel concerned by the construction of the cityIf I wasn’t preparing myself to become an architect ?
To try to answer this question, I worked on a project that takes place in the district called 'le Château de Rezé' located in the south of Nantes (France). Built in the late 50''s, this district has inherited all the constraints of the modern movement, preventing the phenomenons of subdivision, extension and all the transformation that enabled the city to self-regenerate. After several attempts to revitalise the area through public equipments, it stands today as a large urban renewal operation taking the form of a collaborative development zone. This « permanent project » aims at outdoing the current urban construction policies with occasional story-telling workshops and punctual engagement of the inhabitants.
In order to do so, it relies on the neighbourhood's adaptations and evolutions. The marks of tear and ware that can be found on site thus become as many possibilities for future projects and district transformation. From a logic of conservation aiming to erase the causes and marks of public space alteration, it aims to switch to a new logic where the maintenance would be considered as an architectural act feeding daily practices and other uses of the public space. A new figure of "district architect" complementary to the resident caretaker is created. He becomes the guarantor of a permanent work in progress for an incremental evolution of the public space.

The studio Borderline (The project, as a critic attitude and research in action) offers to the students the drive and the means of an enfranchised, meaningful and engaged practice of the architecture. Teachers are coming from different disciplines : architecture, urbanism, geography, choregraphy, philosophy and art curating. Critical unveiling of the present production modalities and widening of the possibilities create a new state of mind ; the protocol based on a triple questioning encourages the student to displace its point of view and to define its positioning:
- the border/frontier as method:offset viewing and thinking, be at the limit of its discipline to meet the other disciplines and consider the border as a physical imaginary space, a crossing point, an in-between and a go-between will create a chance of a unique production of knowledge.
- thinking the unthought-of :consider situations neglected, recessed patterns of the making of the city, out of the fields of construction habits and rules.
- defy to the limit :call into question the rules to come back to the spirit of the law, invent tricks, play with ambiguity and hybridize more than categorize.
Developed in the context of this studio, the PERMANENT PROJECT is aiming at giving to the inhabitants of a modernist district of social housing the opportunity to reinvest their life spaces, by the introduction of a gradual and democratic process in which their « making » dialogue with the architects' skills on the long term. 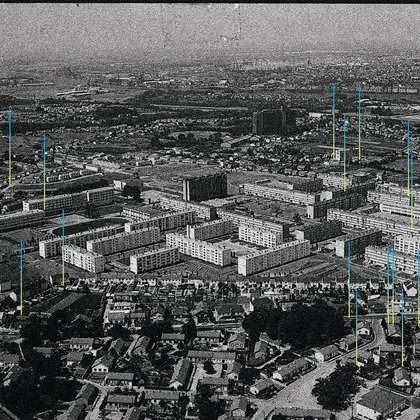 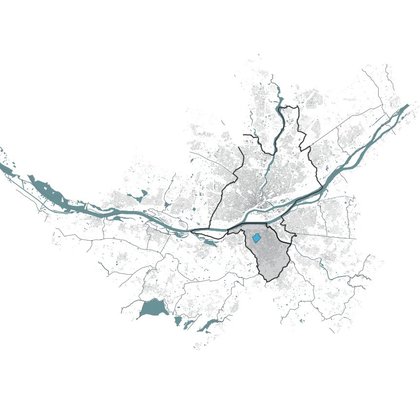 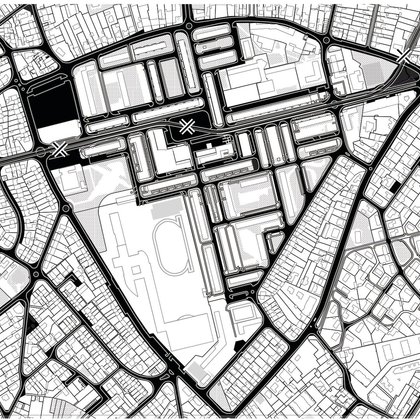 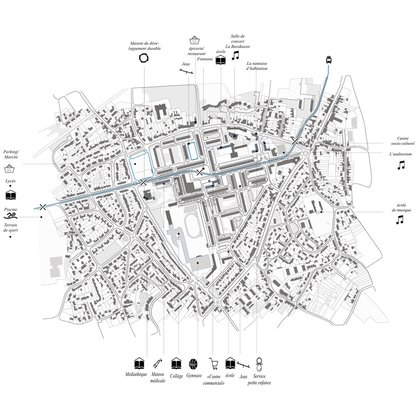 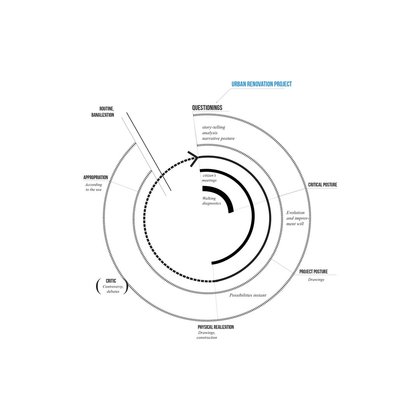 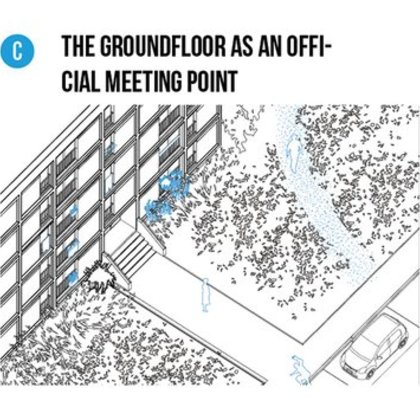 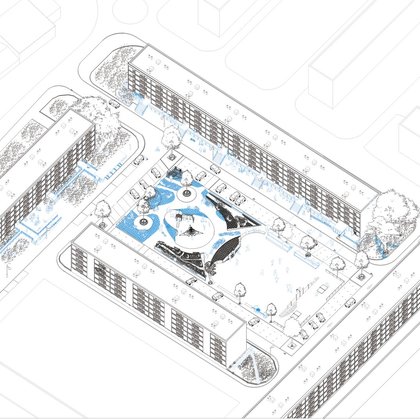 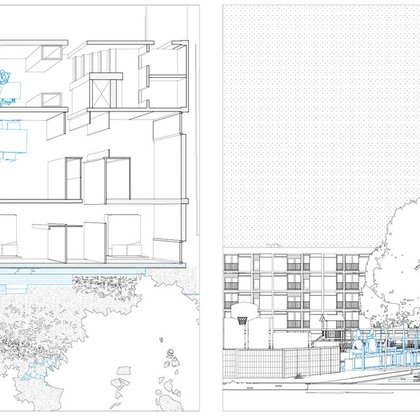 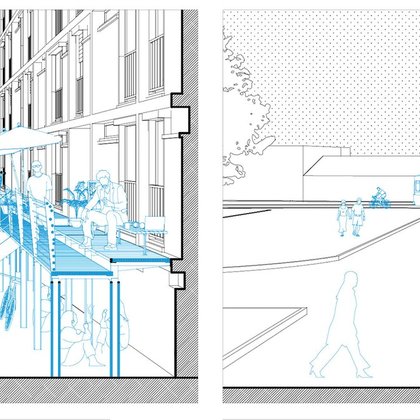 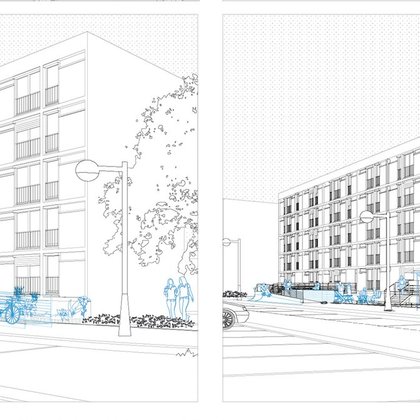 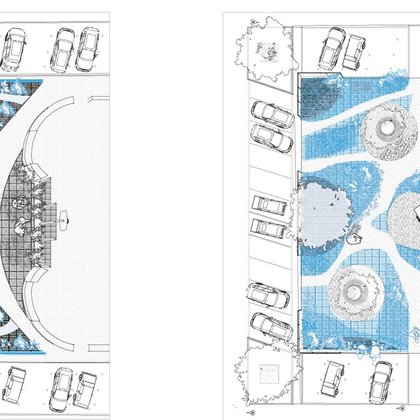 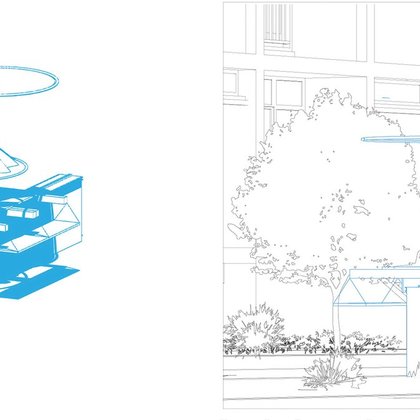 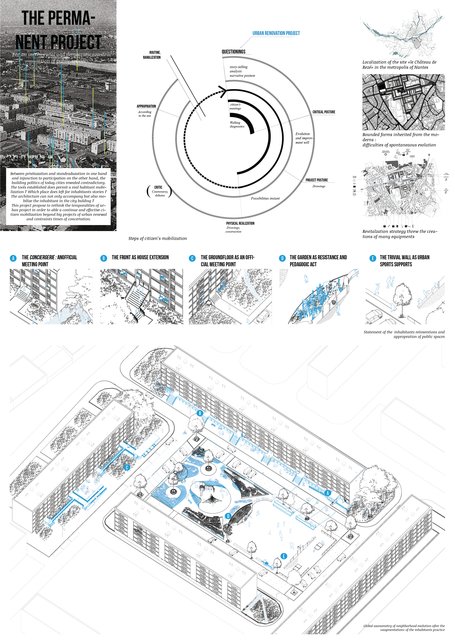 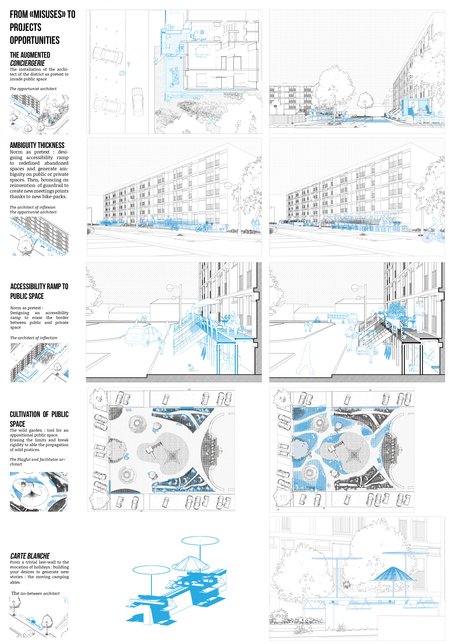