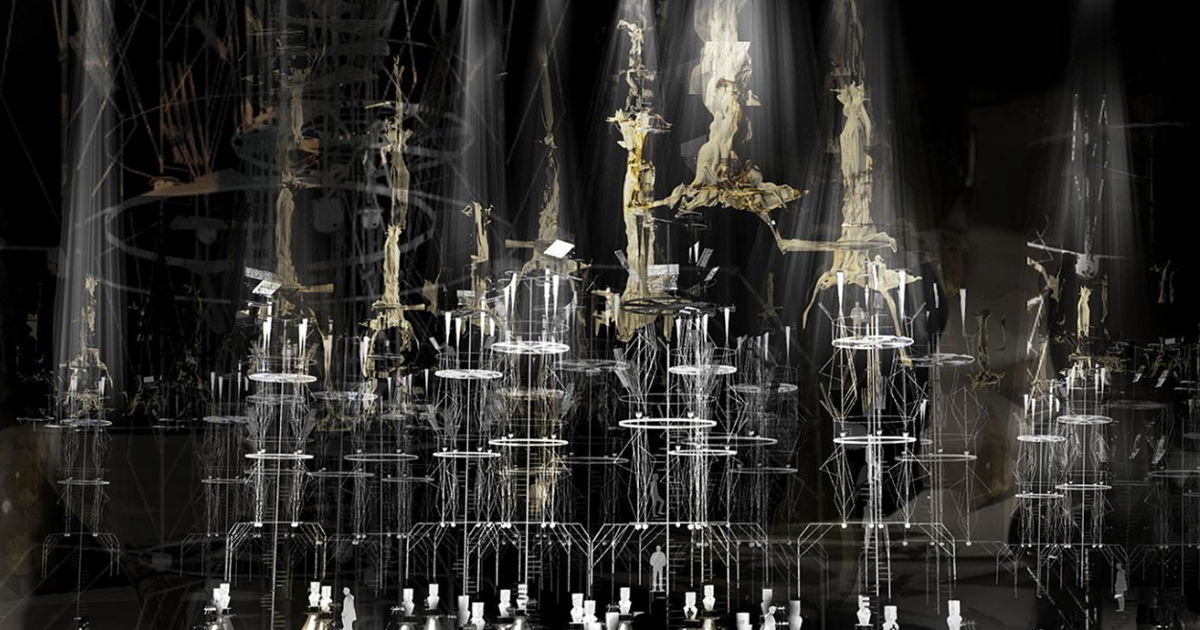 The thesis concerns itself with the overly-monitored tourist industry of Athens, where current policy suspends the decay of historical sites, while the remainder of the city deteriorates. The overt emphasis on these historical sites - particularly the Acropolis, attempts to present an idealized, classical Athens. The thesis evolved from developing understandings of the anastyloic suspension of the Acropolis - particularly through visually oppressive/ culturally deceptive legislation imposed by the Ministry of Culture (MOC). This formed a series of new architectural and spatial interruptions or “slip spaces”, and a series of unique city-wide experiences in the guise of a new architectural tour- The Glitchers Guide to Athens. The project consists of four new programs situated between The Acropolis and Lykabettus Hill, established by a visually constructed middle-ground between the hills and the city below. It attempts to reduce the topographical imperative/visual dominance of the four hills of Athens –instead allowing the tourist to drift in an imagined surrealist-like series of spaces. The programs critically question the curatorial limits suggested by the MOC, consisting of The Aleppo House of Disgraced Artifacts, The Corporeal Carnival, The Castaway Depot, The Dispersed Craft Market. These programmatic elements attempt to encourage activities that are prohibited and suggest the development of new architectural formations whilst establishing architectural-city-body spaces. 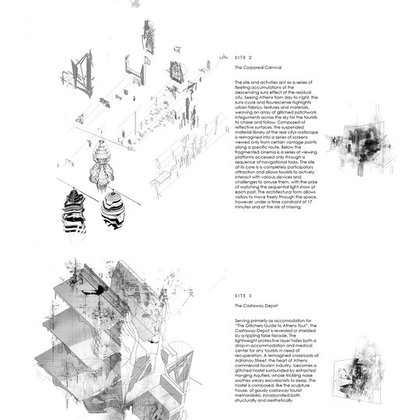 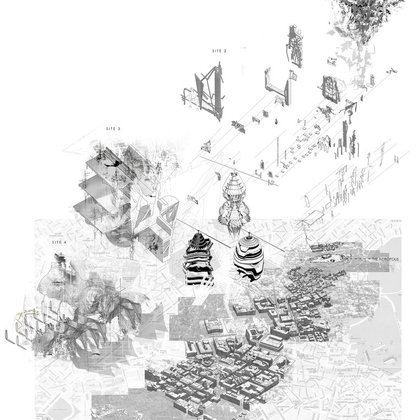 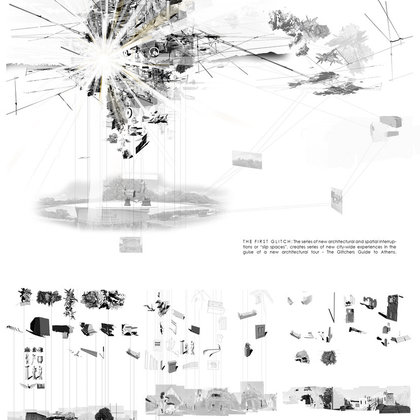 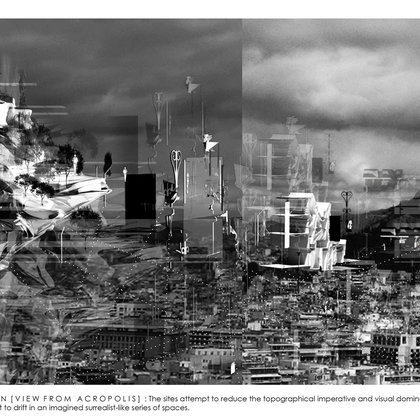 Redefining the Horizon ( View from The Acropolis) 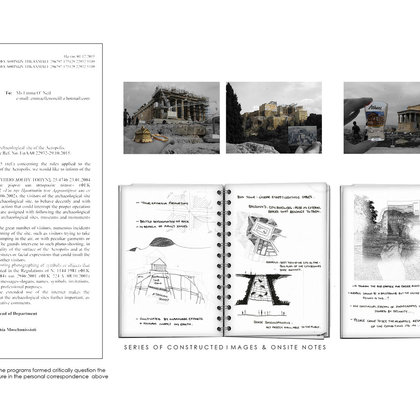 Personal Correspondence with the Greek Ministry of Culture 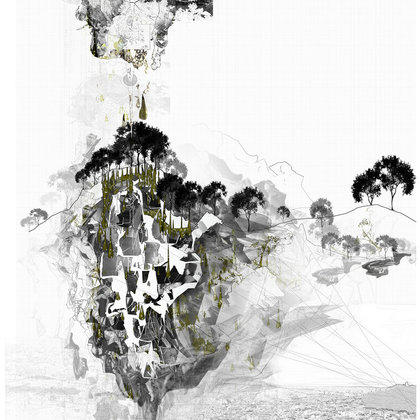 The First "Sighting" - The Aleppo House of Disgraced Artefacts (Site 1) 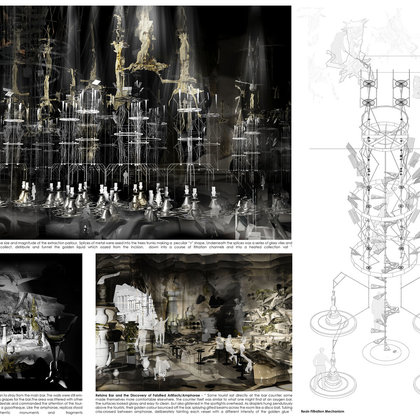 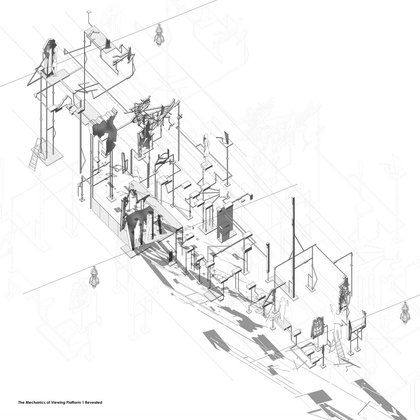 Revealing the Mechanics of The Corporeal Carnival (Site 2) 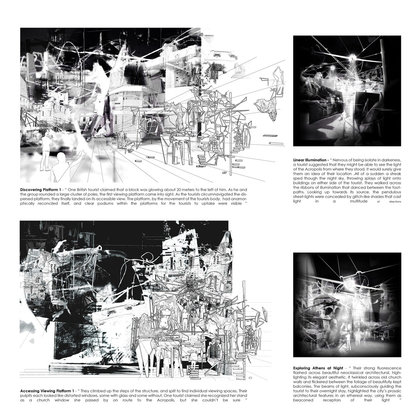 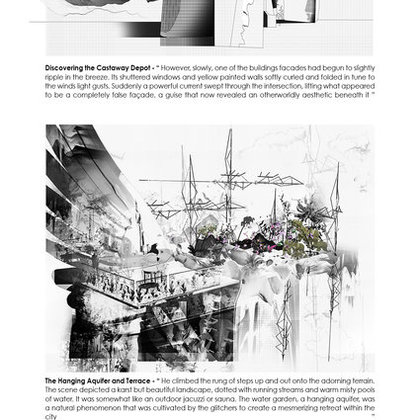 Series of Spaces within The Castaway Depot - Tourist Accommodation (Site 3) 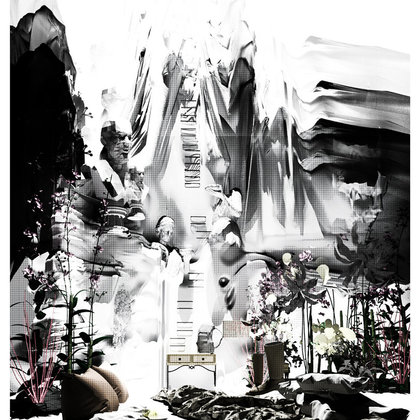 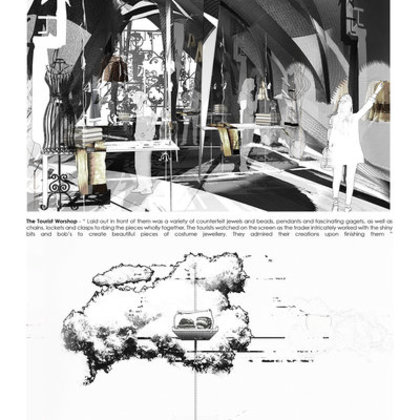 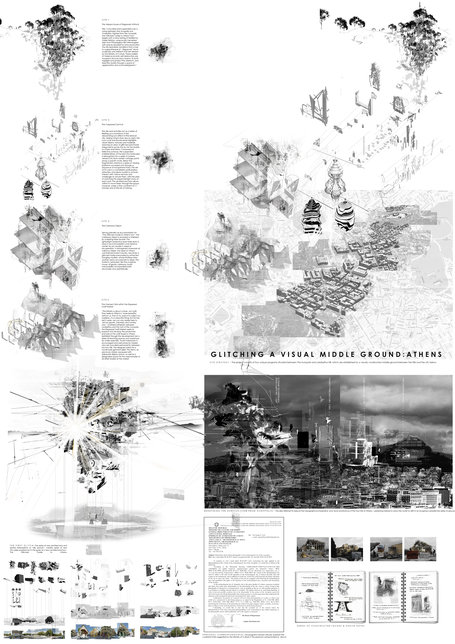 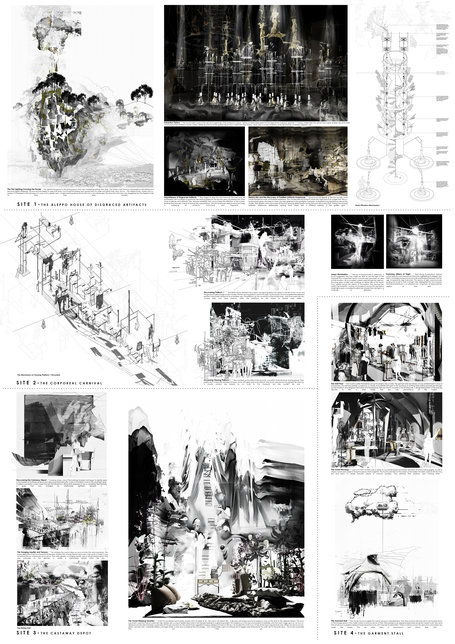