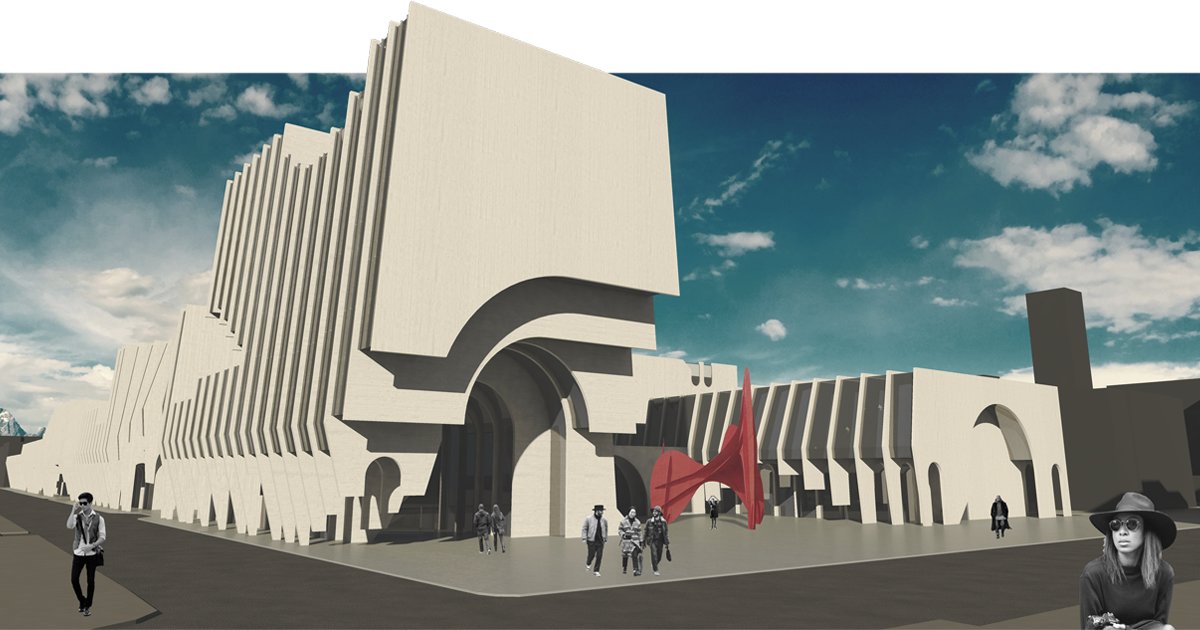 Project Type: University Complex (Institute, Cultural Centre, Laboratory, Housing)
Project Location: Bologna Italy
Project Area: 35.570 m2 Built
City of Bologna, where the project is located, is formed by the repetition of many elements in different scales from smallest building block, bricks to urban scale, porticos. This repetition compose building facades, its spatial organization as well as indoor and outdoor relations which are only visible in sections. To be able to observe these characteristics of bologna, some of the public buildings are studied in sections. Studied sections are interpreted and placed on the most suitable grid line on the site according to the organization of functions and surrounding factors. Then the grid lines between these already existing sections are filled with newly formed intermediary sections to create continuous flowing indoor and outdoor spaces in-between, which are contemporary but still inherit the characteristics of Bologna. By this process, many spaces with different features are formed and connected with each other. The building is composed as the sections form each other one by one to find different spatial organizations and relations which are already in the essence of Bologna but did not have the opportunity to exist before. This project is an experiment to observe the different spatial qualities inherited in traditional sections while morphing one into another one by one. 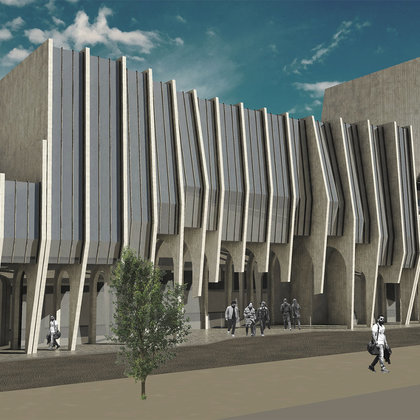 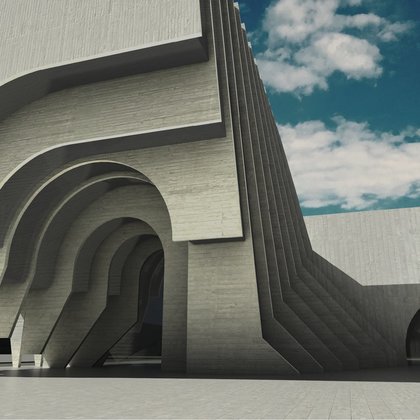 Information Institution Entrance, smooth transition between in and outdoor space 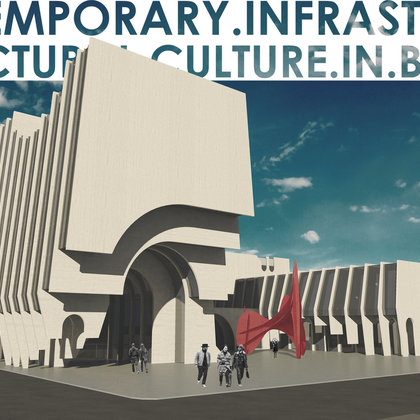 View from the main road with bridge 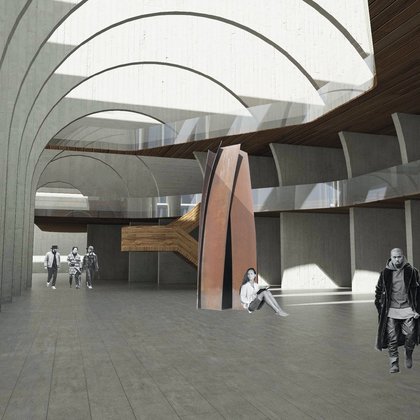 Library Gallery with exposed sections side by side 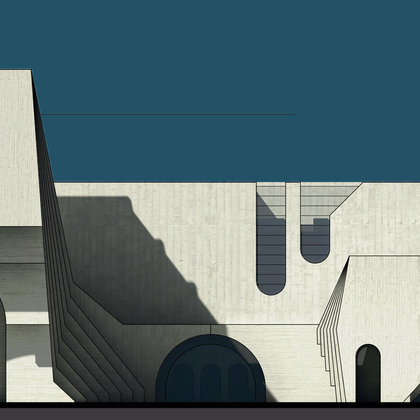 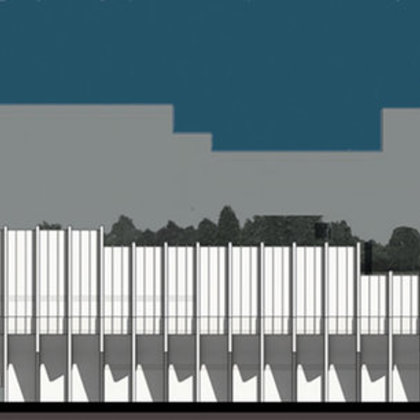 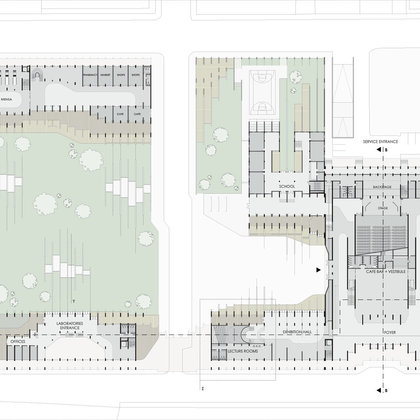 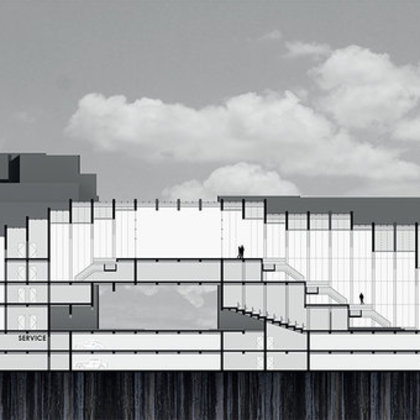 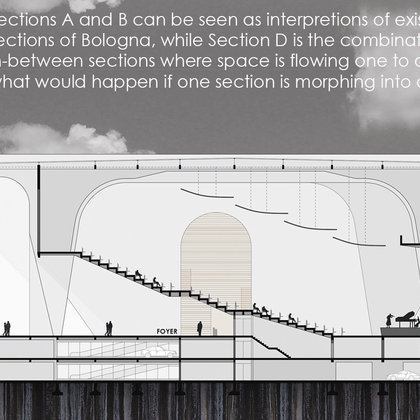 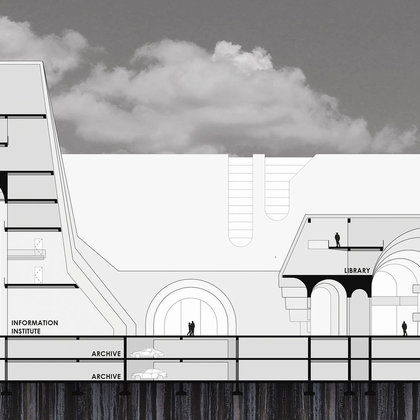 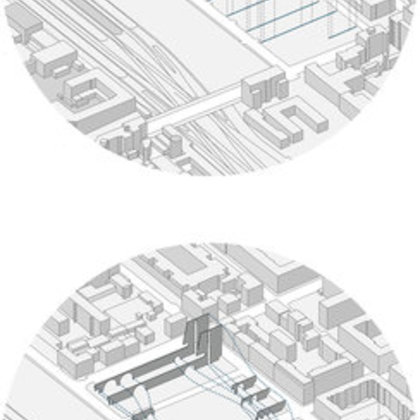 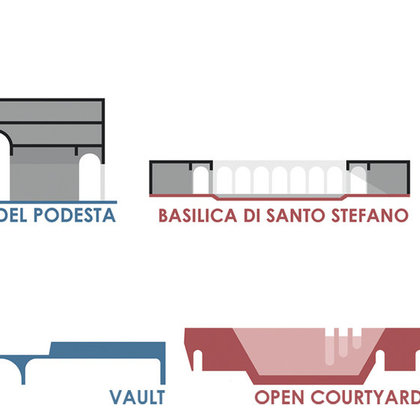 Analysis and Interpretations of Sections From Bologna, Section Map of the site 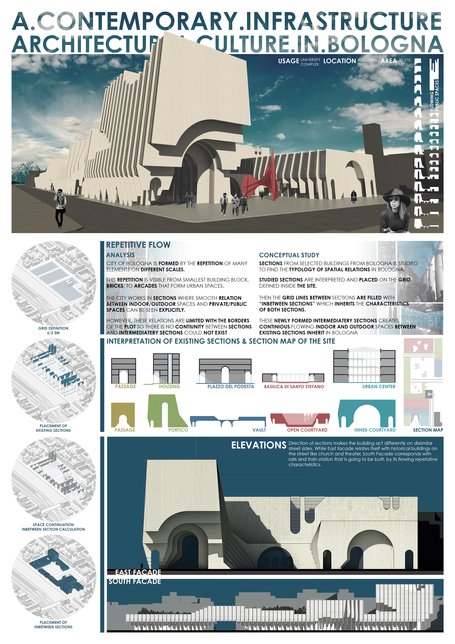 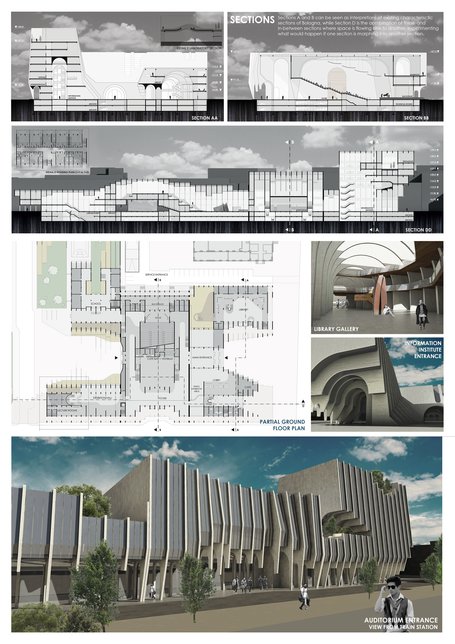